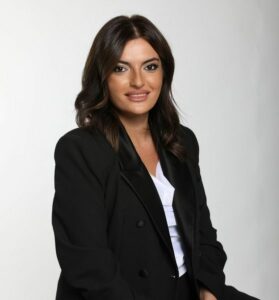 … UNCONDITIONAL WILL TO SUCCESS.

The tourism industry is of particular importance because in 2019 almost 35% of GDP (the most successful year for Georgian tourism) came from the travel or tourism industry. Expert in Georgian tourism, Mrs. Tamar Koriauli. In an interview*, she provides information about the future of the travel industry in the booming Black Sea country… Of course, it is not without risk for a country like Georgia to develop such a dependence on this volatile industry, as was shown in 2020 and 2021. Not nevertheless, as early as 2021, the government of Georgia understood that the small country was able to register a significant revival in travel flows. In 2022, this development continued dynamically. More and more international arrivals could be registered. A growing country with exciting plans and strategies for the future.

You can certainly say that with a clear conscience. Batumi is not only an institution on the Black Sea as a port city, but also as the capital of the Adjara region, Batumi as a center of trade and education as a scientific place with high schools, universities, the naval faculty and the agricultural institute has something to offer to young people from all over the world. The special feature is also the proximity to the Turkish border, 20 km before Turkey begins the urban area. The port city is also excellently connected to the Georgian railway network. The railway connection is of course primarily used to transport goods, but there are also individual daily passenger trains between the capital Tbilisi and Batumi. There are other connections to Kutaisi. The airport is located in the southern area of ​​the city center and offers daily connections to the world.

The Deputy Head of the Tourism Authority of Georgia, Ms. Tamar Koriaui, reveals a lot of interesting facts about the small but extremely diverse country on the Black Sea. It is certainly an exciting natural, cultural and sports paradise for holidaymakers and offers not only fantastic beaches, promenades and monasteries of all kinds, but also mountains over 5000m high. Where else is there such a thing?

As a partner country for the travel fair ITB in Berlin, interested travel enthusiasts and experts from the tourism industry have the opportunity from 7 March to take a much closer look at this exotic yet European-looking country the size of Bavaria. The small country in the South Caucasus is extremely diverse and promises adventure for all types of holidaymakers. The country with a focus on experiences in nature is extremely innovative and aims high. The plans are quickly implemented in this country. Austria or even Germany could learn a HUGE part of it.

The spectacular building of New Wave Hotel is a 4-star hotel opened in 2019 and can be found in a good location in Batumi. From here, the guest walks approximately 10 minutes to the very well-maintained promenade or 3 minutes to the large supermarket around the corner. From here you can also quickly get to the airport, which is just under 5 km away. The administrative centers of the metropolis can also be reached from here within walking distance. The modern hotel tower has 81 rooms in different categories, some with spectacular views. In addition, there is an outdoor swimming pool, a bar/lounge, the always popular Atlantis restaurant, a fitness center, a steam room, a 24/7 reception. There is also a cleaning service and free parking.

The rooms are well furnished, there is a kettle in the rooms next to a small fridge and above all good staff and really good food a la carte and a delicious rich breakfast buffet. Health is also important, there are fresh peppers, walnuts and different types of fruit. An omelet can be ordered according to taste, with cheese and tomato…or just onion?

CONCLUSION: THE NEW WAVE HOTEL IN BATUMI IS LOCATED IN THE HEART OF THE NEW CITY, FROM HERE THE GUEST IS 3 MINUTES TO THE WELL-KEPT COAST OR 2 MINUTES TO A LARGE SUPERMARKET. THE FOOTBALL STADIUM IS ALSO WITHIN WALKING DISTANCE…

The target group is business travelers, people attending company parties or events, or guests who want to relax. Due to its location, it can also be used as a start or at the end of a trip to Georgia…

New Wave Hotel Batumi Article written by Isatou Camara, Junior Tourism Consultant and Oliver Gaebe, Travel Journalist at Bellacoola Film Production UG has become known as an experienced film production company with excellent references. Tourism and travel are one of the main focuses. An “economics” section was added a few years ago and deals with the reasons for the significantly reduced competitiveness of German industry. You can use this press release – also in modified or shortened form – with a source link to our website on your website for free. Image credit Isatou Camara, www.bellacoola.de

www.bellacoola.de. The skyline of the New Wave Hotel in Batumi shows confidence