Pre-sales for the exciting play-to-earn project Calvaria: Duels of Eternity have now passed 2.5 million dollars. The RIA token was now to have an Initial Exchange Offering (IEO) on BKEX.

This means that there are now less than 30 million RIA tokens available. Over 80 percent of the tickets were sold out in advance.

Duels of Eternity brings traditional and casual gamers onto the blockchain by launching a free-to-play (F2P) full version of the game on app marketplaces and for PC.

RIA-IEO will take place on BKEX

As Calvaria’s presale nears its end, it has been confirmed that the IEO will take place on leading decentralized exchange BKEX.

The date of the IEO has not yet been set. BKEX, which has a daily trading volume of $500 million and over 1.5 million weekly visitors, will trade exclusively RIA for 24 hours. After that, the token will also be listed on other exchanges.

A listing on Changelly Pro and GotBit has also been confirmed. In a recent Q&A, Calvaria developers said they are currently in talks with other exchanges as well

Calvaria is a new play-to-earn project that aims to attract casual and traditional players to the blockchain.

Other GameFi projects have raised large amounts of capital, and crypto investors have seen great potential for the future. However, the number of players has not lived up to expectations and has fallen during the bear market.

Calvaria is now trying to solve this by creating a simple and replayable game that appeals to traditional and casual players and is also easy to learn.

The flagship game, Duels of Eternity, is a battle card strategy game where players use their decks of Non-fungible Tokens (NFT) cards and assets. In a three-round match, they must defeat opponents to earn RIA tokens.

The action of the game takes place in the afterlife. Players join one of three factions and must use their knowledge, skills and assets at the right time to win the one-on-one battles.

Duels of Eternity differs from other games of this type in a number of ways, making it more attractive to non-blockchain players. 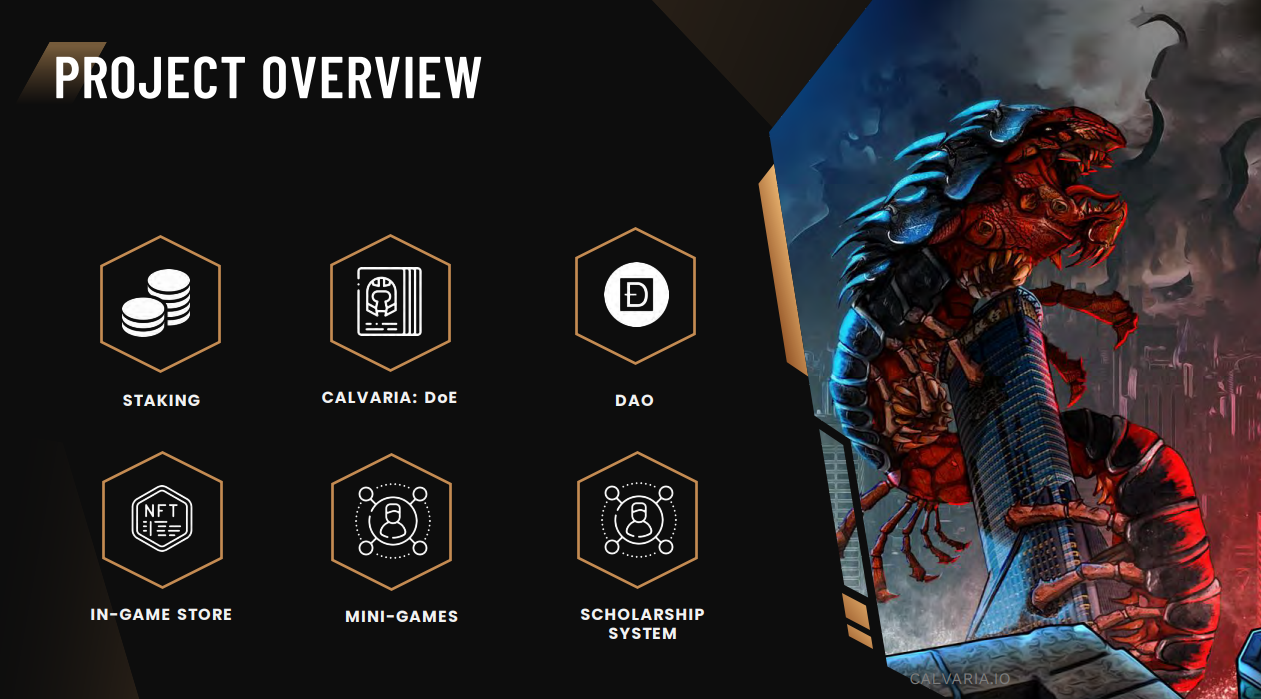 The game is available in 3D and for Android, iOS and PC. Duels of Eternity also has a story mode where, in addition to learning about the Calvaria universe, you can earn assets that can be used in other game modes as well.

Cards and Assets are NFTs that players can fully own and trade. You can also use RIA or combine cards to upgrade them.

To ensure the long-term success of Duels of Eternity, the Calvaria developers decided to organize the game into seasons. New assets and game modes are constantly released to encourage players to stay.

They will also create their own eSports team and invite major eSports brands to compete in tournaments and win big prizes.

Calvaria is based on the very fast and efficient Layer 2 solution Polygon.

In addition to the P2E version, Calvaria is also developing an almost identical free-to-play version of Duels of Eternity.

All features and gameplay are the same, but there are no rewards and players do not own their assets. The game aims to bring non-blockchain players to the P2E version by showing them the features of the game.

The F2P version has a visible tracker that shows players how much money they could have earned. Quests also introduce blockchain technology to new players.

Calvaria was developed by a team whose identity was verified by CoinSniper. The smart contract for the RIA token has been verified by SolidProof.

There are 1 billion RIA tokens in total. 15 percent of these are reserved for advance sales. Most of the offer is divided between effort (25 percent) and prize pools (20 percent).

A further 15 percent is planned as a reserve and for firewood pools. The rest is split between operations (8 percent), team and consultants (7 percent), INO (6 percent) and exchange liquidity (4 percent).

Recently, a crypto wallet bought over 3 million RIA tokens in one transaction, spending $100,000 in the process.

How to buy RIA tokens?

Below is a quick guide on how to buy RIA tokens in the final phase of the Calvaria presale, ahead of the IEO on BKEX.