Around one in five Germans shop. But how do traders in Germany define themselves? A study analyzed the demographic structure of the target audience as well as their preferences and attitudes towards financial service providers and services.

Traders are an attractive target group for established banks, neobanks and FinTechs.

Trading, that is, the buying and selling of securities, has become an important part of the financial sector and represents a good investment for many consumers. As part of the ongoing digitization, also in the financial sector, trading is now almost exclusively online and the group of active traders is therefore inclined towards digital services, financial service providers and solutions. This is shown by data from YouGov’s target group analysis “Traders in Germany”. The majority of merchants (72 percent) have downloaded a banking app, many use online financial services, and more than a quarter are even willing to give up the bank account and use cryptocurrency instead (27 percent).

Who are the traders? 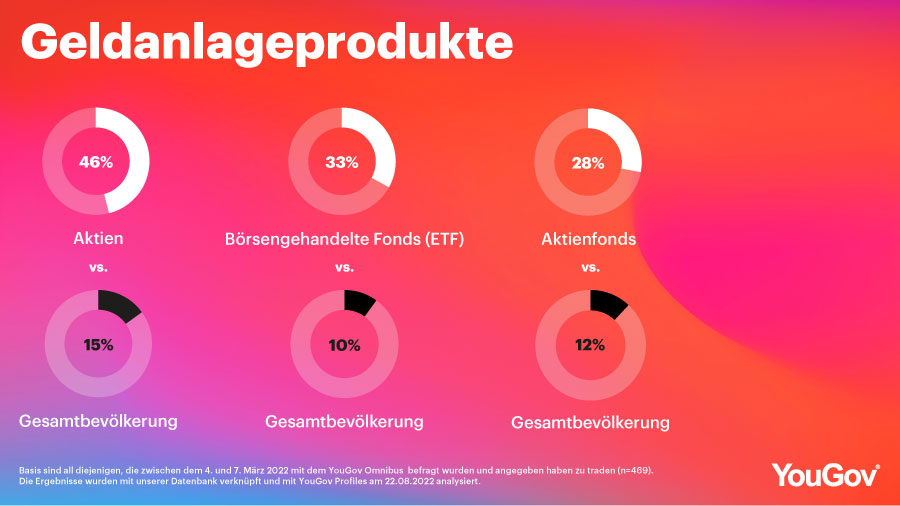 Shares are among the most popular investments among traders and are actively used by 46 per cent.

It is striking that Deutsche Bank’s branch bank traders are significantly more current customers compared to the general population (13 percent versus 6 percent). They are also frequent customers of the direct and online banks N26, DKB, comdirect and Consorsbank. For future accounts and services, this target group most often considers ING (23 vs. 16 percent of the total population), but also Deutsche Bank (17 vs. 9 percent) and Commerzbank (17 vs. 12 percent). Trade Republic ranks first among the neo-brokers surveyed by YouGov: one in four traders currently use the online broker, while Scalable Capital is used by just under one in eight (13 percent). 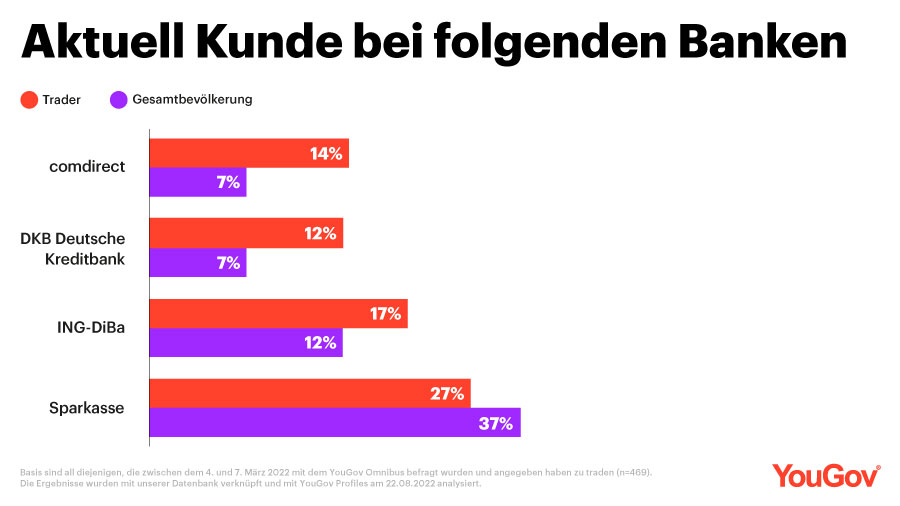 Willingness to use digital financial services among traders is high. Compared to all Germans, the comdirect banking app was downloaded most frequently (17 versus 9 percent of the total population). In second place are ING and DKB. But there are obstacles to daily app use. Compared to all Germans, shoppers most often give the reason for not using banking apps that their banking transactions are too complex to be carried out on a mobile device (17 vs. 5 percent). 10 percent say there are no optimized banking apps for their smartphones/tablets (versus 4 percent). Although security concerns about banking apps are lower among merchants than in the general population (23 vs. 28 percent), three in ten merchants do not want to store their banking information on a smartphone, and almost a quarter are afraid that their smartphone and thus their security will have their own financial data stolen (23 percent). We have already discussed the topic of security in banking apps in a previous article.

Active German business people today make up just under a quarter of the total population in Germany, so the target group has great potential for financial service providers. Entrepreneurs are very active in the financial market, are open to new digital offers and services and, thanks to their activities in the industry, often point out security holes and untapped potential of digital financial providers – a good target group for future-oriented financial companies.

You can download the target group analysis “Trader in Germany” here. 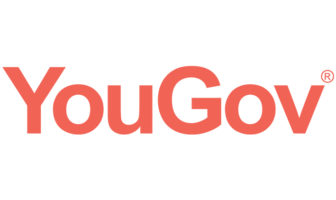 YouGov is a partner of Bank BlogYou can read more about Bankbloggen’s partner concept here.