Thanks to the preparations for the Pixel Tablet, devices with larger screens are again playing an important role for Google, and more and more apps are being adapted to them – this is now also the case for Google Chrome. The browser is currently receiving an update that will bring some changes for tablet users and make better use of the available space on the screens. 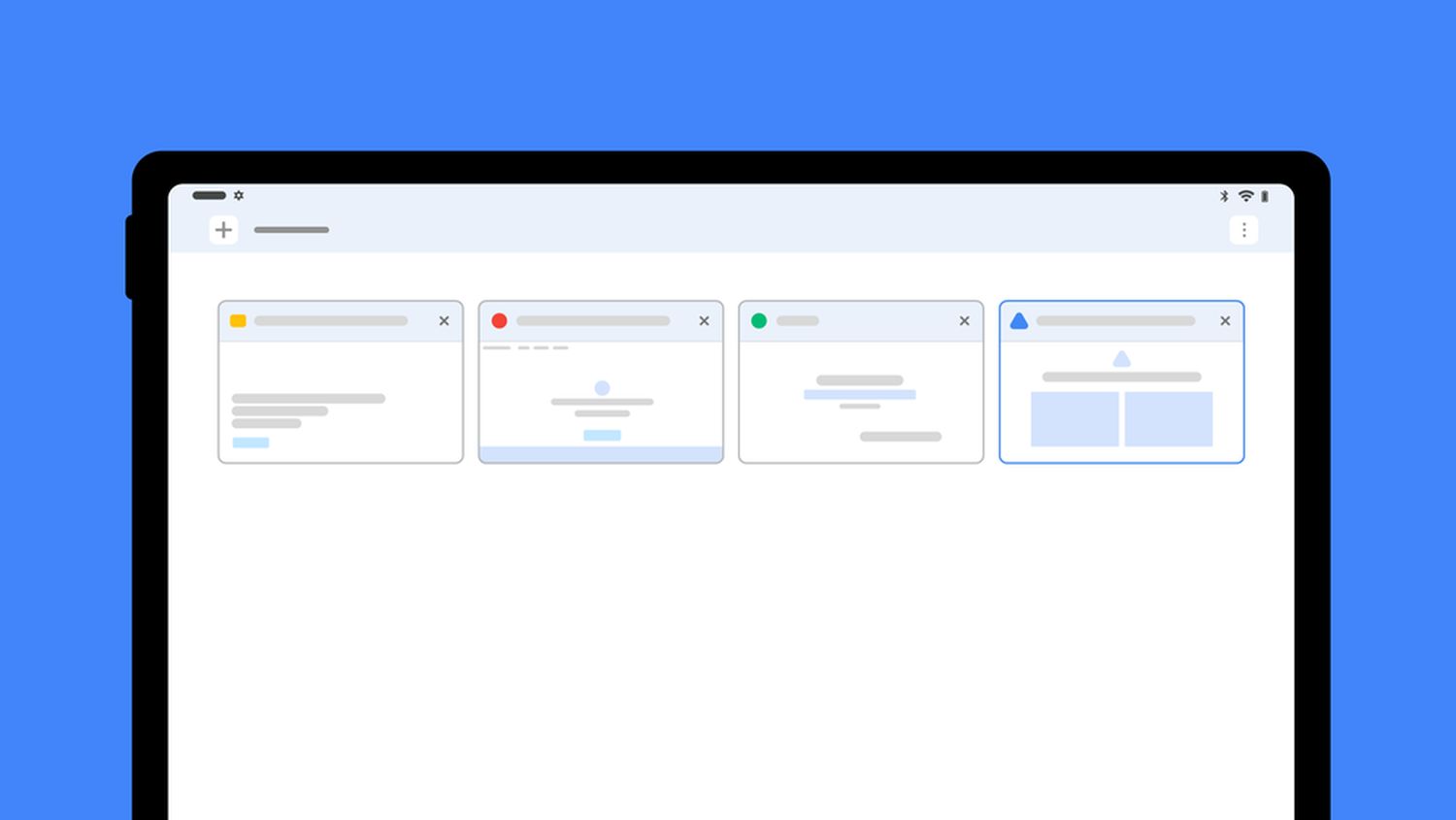 The Google Chrome browser is also one of the most important apps on tablets and therefore it is of great importance if it is adapted even more than before to the large screens. For a long time, the main difference between the browser and the smartphone version has been the tab bar, and now it is further optimized and further supported by a new grid with all open tabs.

Improved tab bar
The tab bar now allows you to quickly switch between the individual tabs by swiping. This makes it easy to switch between adjacent or very close tabs without having to tap the tab itself (which is sometimes difficult to hit). It can quickly happen that you accidentally press the X and close the desired tab instead. To prevent this from happening again, the close icon is hidden if there is not enough space.

And if a tab was accidentally closed, it’s very easy to undo it and open the tab again where you were last. It turns out that the tab bar is probably too small from a UX point of view, so all interactions should be reduced.

New tab grid
Although you rely on the tab bar known from the desktop, you now also use the grid known from the smartphone. The tablet gets the best of both worlds and gathers it under one roof: Next to the address bar is the familiar tab button with the counter and with this a grid view of all open tabs including a thumbnail can be displayed. Another indication that users should interact with the tab bar as little as possible. It cannot be ruled out that this one will soon be said goodbye again because it is not used enough 😉

Pull and let go
A powerful feature that is by no means a matter of course on Android: If you are in split-screen mode, you can drag individual elements out of the browser and insert them into another app using drag and drop. This applies to images, text and also links that can be dragged into Google Keep, Google Photos or GMail. Once you get used to it and often need such steps, you can save a lot of time and unnecessary steps.

Persistent desktop mode
The Android version of the Chrome browser has always allowed you to request the desktop version of a website. This doesn’t work in all cases, but that’s because of the website and not the browser. However, you have to request this version every time, which can be annoying, especially on the tablet. The update introduces a new option that always calls up the desktop version. So you make the desktop version the default again. An interesting development that may cause headaches for web designers again in the future. 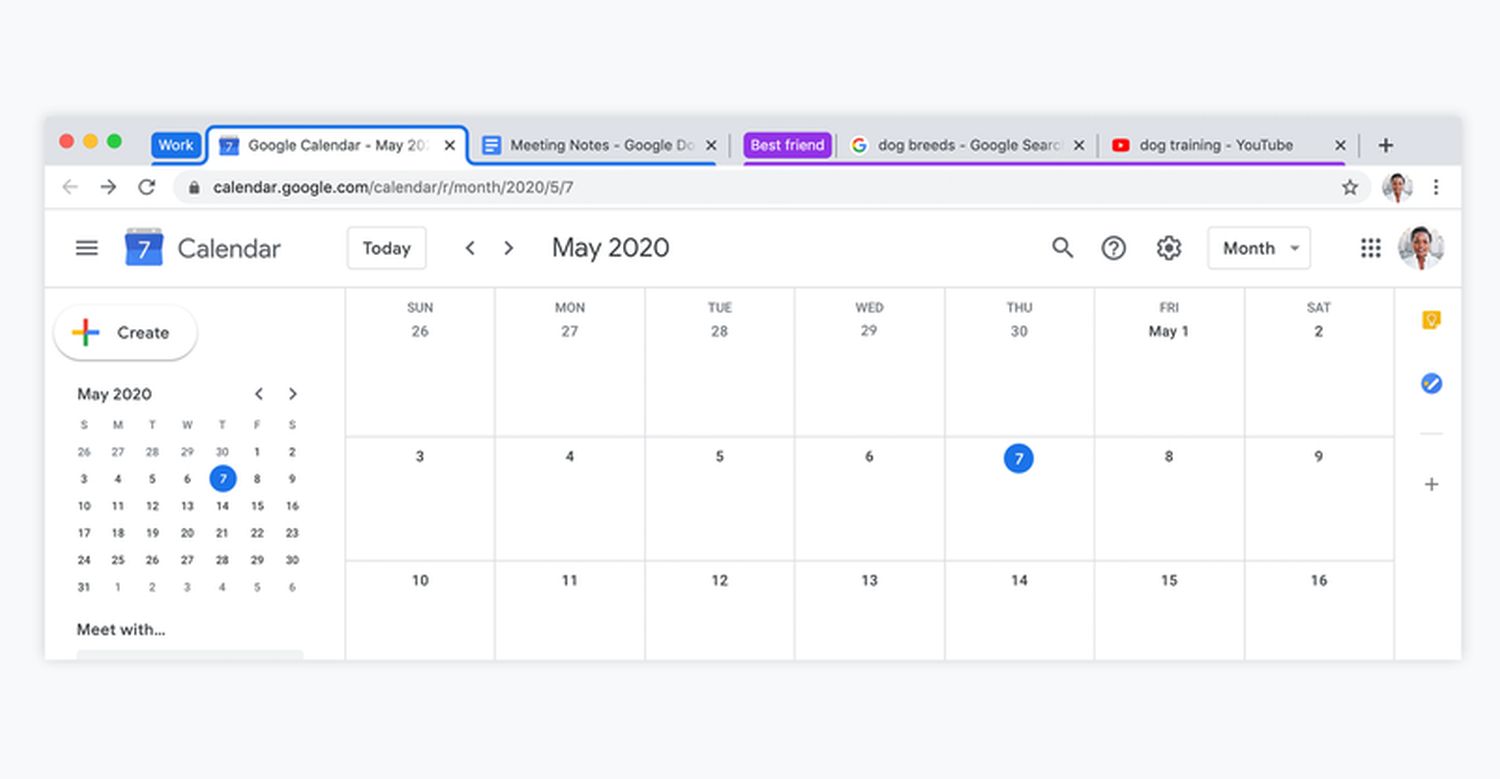 Tab groups are coming
Tab groups have been a big topic for the Chrome team for the past two years. Not rated by users. Nevertheless, they are also implemented on tablets and could again bring the best of both worlds from desktop and smartphone. It has not yet been revealed how the tab groups will be implemented, but it should be rolled out “soon”. I would imagine that you will rely on the colored grouping as on the desktop and that the groups in the new grid view will also be used.

—
It certainly wasn’t the last tablet-specific updates to Google Chrome, but the next momentum will probably be saved for the Pixel Tablet, which was also mentioned again in this article. This again indicates that the tablet will be on the market very soon and will almost certainly not have to wait until May or even June 2023.

» Pixel Tablet: New information about the display of the upcoming Google tablet – resolution and no fingerprint sensor