(Evesen) The news surprised many parents at the weekend – Eve’s primary school was closed on Monday. And no one can be taught here in the next two weeks either, as Mayor Axel Wohlgemuth stated at a spontaneously called press conference. As part of the mains wiring at the school, it was found that the entire electrical system in the house was in disrepair, and there was an acute risk of fire and personal injury.

Bad news for administration and school management: The folk school will be closed until 10 October, during which time the necessary security should be restored so that the children can be taught at school again. Even so, all electrical cables must be replaced afterwards while the school is running. This move will take around five to six months and will only be temporary as the school still needs to be completely renovated as part of the extensive renovation. “It won’t win a beauty award, but it will serve its purpose,” explains building authority head Björn Sassenberg. The top priority is the safety of the 137 students and the school staff.

For additional preventive security, from the start of school again on 10.10. fire guards are also located in the corridors and a radio networked fire alarm system is to be installed. However, this has a delivery time of three to six months, as Sassenberg explains. In any case, the necessary RCDs are available immediately so that school operation can be safely guaranteed again within the next two weeks. As early as Tuesday, scaffolding stairs will also be attached to the outer facade, which will ensure better evacuation of the upper floors. “If there is a fire, students must leave the building quickly,” says Sassenberg. The primary school is also provided with 24-hour property protection, so that any fire can be quickly detected at any time. “The measures have been closely coordinated with the school’s management and the school’s parents’ council,” stated mayor and headmaster Frank Suchland. During the construction work, replacement classrooms will certainly have to be installed in the school yard at times, explained Sassenberg. 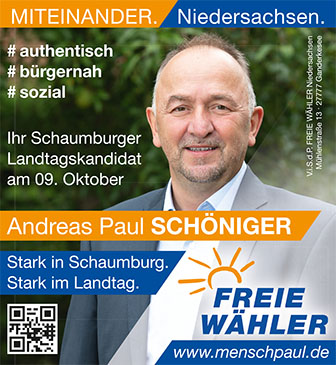 The complete restructuring of school operations would not have been possible due to the lack of adequate space for so many students, the officials continue to explain. “We are not happy with the situation,” states Suchland. The school now organizes ad hoc emergency help for all those parents “who really have no other care options”.

Urgent action will take place in the sports center directly opposite the sports hall from Wednesday at 7.45am to 3.30pm. The children should bring sports equipment, as the hall is not affected by the fire hazard. However, lunch cannot be offered, so the parents must feed the children during these two weeks. Excursions can certainly take place and are also desired in the sense of class context. Tests and class work as well as project week and the autumn party must be cancelled. Alternatively, the school will also offer home education from Wednesday.

“Although we have the IServ platform, the server is not working properly. We’re not sure if it might have something to do with the electrical.” The platform crashes regularly, and there are also problems with e-mails. “As a village school, we also have other options,” Suchland says. Parents can pick up the necessary documents and assignments for several days on Wednesday between 7:30 a.m. and 1:00 p.m. at the school with the respective teacher and arrange return home. “We are sure it will work, but we are also trying to reactivate e-mails,” promises Suchland. The principal asks still about some understanding: For the 1st graders who have just been in school for six weeks, the preparation for homeschooling is a little more complicated. “So be lenient if things don’t always work out.” normally.

“Parents can collect the necessary documents and tasks for several days on Wednesday 28 September between 7.30 and 13.00 at the school from the respective teacher and arrange to return home immediately.”

“We were lucky in the accident, it could have been worse. The city and school administration acted correctly within a very short time. Now we hope to get the school up and running again in two weeks,” says Reinhard Luhmann, mayor of Eves. The shock put also its impact on the administration – the approximately 60 municipal buildings must now be looked at in general to see where there may also be problems with old electrical systems. “This must be checked regularly, even if you cannot set a general duration. Nevertheless, we should put a gear here,’ says Luhmann, a former electrician and high-voltage power technician, from experience. (Text & photo: nh)