“I saw with my own eyes how the Croatian police mistreated my friends… some were wounded in the legs, others were hit in the head, in the eyes.” (Ehsan, boy, 17)

“A smuggler (…) took out a knife (…) the girl screamed and tried to save herself, but he sexually abused her and we saw it all.” (rabbits, boy, 15)

“If they see a handsome boy, they mistreat him – and the police don’t do anything. It doesn’t matter if he’s traveling with his family or alone. It’s enough to look handsome.” (Hanan, boy, 17)

These are excerpts from three of 48 reports from minors who are currently trying, alone or with their parents, to come from their countries of origin – above all Afghanistan, Pakistan, Iraq, Iran and Syria – via the so-called Balkan route to peaceful , rich Western Europe. In this connection, they must pass through non-EU countries such as Turkey, Greece, North Macedonia, Serbia, Albania, Montenegro and Bosnia and Herzegovina. Their testimonies were collected as part of the study “Wherever we go, someone harms us” published on September 13, 2022 by the international child protection organization Save the Children.

In-depth interviews were conducted with children between the ages of 13 and 19 in refugee camps in the Bosnian cities of Bihac, Tuzla and Sarajevo for the study, which was conducted in collaboration with the University of the Bosnian capital Sarajevo. In addition, 27 child protection activists were interviewed.

The perpetrators are smugglers and police officers

For many migrants, the most difficult obstacle on their way west is the border between Bosnia and Herzegovina and the newest EU country, Croatia, which will become part of the so-called Schengen area on January 1, 2023. To achieve this, the government in the Croatian capital has For years, Zagreb tried to present itself as an exemplary and reliable protector of the EU’s external borders with a particularly restrictive and violent policy towards migrants. In addition to brute force, Croatian border guards’ methods also include “pushbacks” of refugees, which are illegal under EU law. 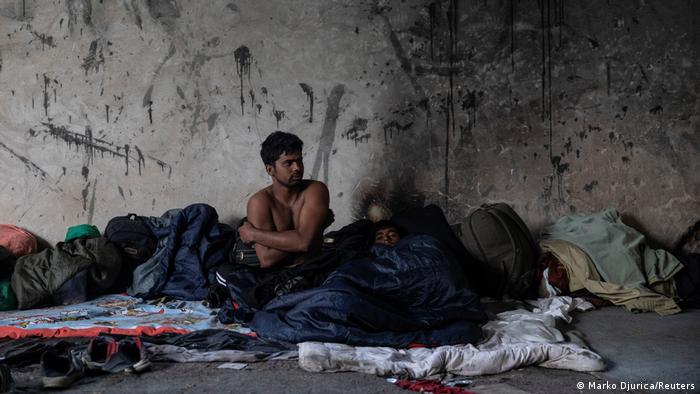 “When fleeing, all migrants are exposed to physical, psychological and sexual violence – but the most vulnerable group are children, especially those who travel alone without their parents’ protection,” says Tatjana Ristic, coordinator of the Save the Children office in Belgrade . , DW. “Traffickers are usually responsible for sexualized violence, they are powerful, children are afraid of them – and they are dependent on them.” But even family does not always guarantee protection. In addition to smugglers, many perpetrators are police officers, from whom there is often no protection.

According to Save the Children’s report, during their journey, unaccompanied minors are forced to live, often outdoors or in dilapidated buildings, with unidentified adults – in constant fear of being beaten or sexually abused. Boys are particularly vulnerable. Helpless and unable to process what they had experienced, many children and young people compensated for their fear and stress with alcohol and drugs. The number of cases of self-harm and suicide attempts is also “worrying”. 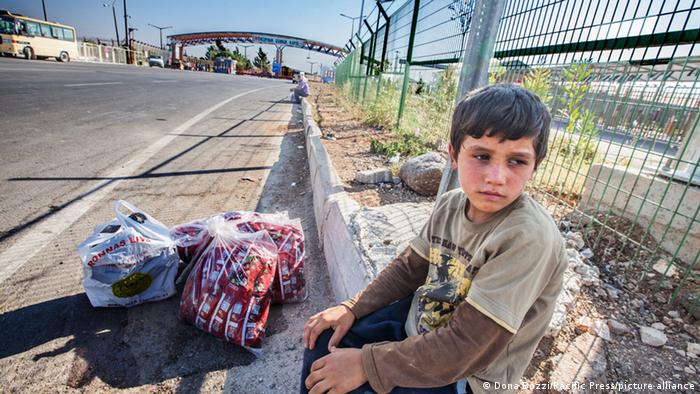 Unaccompanied male refugee minors are most exposed to sexualized violence

“It is very rare that complaints are made,” explains Save the Children’s coordinator Ristic. This is particularly worrying because it means that the children affected are normalizing the violence they have experienced, accepting it as normal and inevitable, rather than reporting it – during a journey that has taken an average of four years.

Tatjana Ristic emphasizes that the Balkan route is anything but “closed”. The refugee agreement between the EU and Turkey has reduced migration movements – but not ended them. “In 2021, 94,000 refugees were registered along the Balkan route,” said Save the Children’s coordinator in Belgrade, “but the actual number is likely to be higher.” The Child Protection Agency recorded a further increase in migration movements from January to June 2022.

Save the Children emphasizes that the main reason for the inhumane and violent treatment of migrants is the EU and the countries in the Western Balkans to deter and prevent the arrival of refugees. To counter this, the child protection organization works at the political level to improve the protection system for migrant children and the corresponding laws and procedures in the countries along the Balkan route.

Specifically, Save the Children calls for “legal migration mechanisms” on the Balkan route. “Asylum applications must be checked individually, migrants should not be forcibly deported from the borders, pushbacks should not be used,” Tatjana Ristic told DW. And: “There should be people at the borders who are trained to deal humanely with children, the most vulnerable of all groups of refugees.”