NFTs (Non Fungible Tokens) will be the status symbol of the future – and the door opener to the meta verse. Alexander Geißenberger, CEO of the performance agency Xpose 360, is convinced of this. We interviewed him at SparksCon in Augsburg.

The contrast could not be greater: In the “Disc Gas Tank”, a building of the old gasworks in Augsburg, where until the middle of the 20th century city gas was produced, the future of the Internet is at stake. At the Digital Experience Conference SparksCom, which Augsburg’s digital agency Netz23 is hosting here, Alexander Geißenberger, CEO of the performance agency Xpose360, has just explained to an astonished audience why NFTs could be the next big thing.

NFTs are on everyone’s lips right now, why?

Alexander Geissenberger: An NFT (Non Fungible Token) is actually only a signed file, that is, a file that only exists once. But the possibilities that follow from this are limitless. Icrimax, one of the most successful streamers on Fortnite, has just sold its Lamborghini to buy a digital monkey.

Geissenberger: Yes, a monkey, no fun. These monkeys were created by the design company RTFKT – pronounced “artefact” – as individual pieces to be able to design his digital avatar in Metaverse. Such a monkey sometimes costs more than $ 400,000 – or a Lamborghini. NFTs like RTFKT’s monkeys are status symbols like a sports car, but for the digital world.

How important is it to have such a status symbol?

Geissenberger: It depends on. More and more influencers are creating communities on Twitter or Discord, and owning a specific NFT then acts as a ticket to that community.

How big is the willingness to spend money on his avatar? 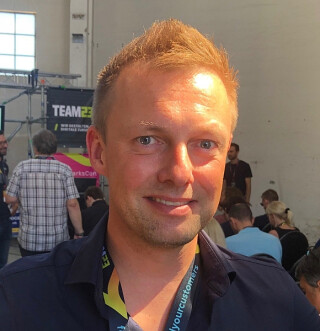 Geißenberger: I think: depending on the affinity, very large. For stars like American talk show host Jimmy Fellon, owning an RTFKT monkey is now a part of it. American rapper Snoop Dog makes a lot of money producing NFT avatars and you can also buy a voice for them. It is quite conceivable that one day you will be able to buy Bruce Willis’ voice for his avatar. The more people’s lives change to the digital, the greater the willingness to spend money on this digital life.

It all sounds very virtual. Where is the real life?

Geissenberger: The key word is mixed reality. Things that mean something to you in the real world, you want to take with you into the Metaverset. This is also where the opportunity for branded companies lies. For example, if a sneaker label launches a limited edition, customers will receive an NFT in addition to their physically existing shoes, which they can also use their shoes with in Metaverse. And a watchmaker like Rolex can use an NFT on the watch as a digital certificate of authenticity. The future belongs to hybrid products that can be used in both worlds.

And why are you so convinced that NFTs will be important?

Geissenberger: They give the user back control over their identity. Currently, access to Metaverse usually requires a Google or Facebook login. If you cancel your Facebook account, single log-on will no longer work. In the future, everyone could create their own identification NFT, which then goes into their crypto wallet and makes them unique.

Why should digital professionals deal with NFTs?

Geissenberger: I believe that the conventional 2D internet no longer has an infinite future. The future of the Internet lies in a three-dimensional, interactive experience, and NFTs are the gateway to that world. The exciting thing about it, though, is that this world is still constantly evolving. Everyone who comes on board now has the chance to achieve great visibility with relatively little effort.