Berlin In order to alleviate the financial pressure on the statutory pension insurance, employees will have to work longer in the future. It shows simulation calculations published by the Bundesbank in its current monthly report. In the longer term, it makes sense to raise the retirement age to 69 years.

This would at least dampen the increase in contributions to pension insurance and the tax subsidy from the federal budget. Another option would be to decouple old-age benefits from wage developments, ie to lower the pension level.

The issue is politically sensitive, the traffic light coalition has ruled out a further increase in the retirement age, which will rise to 67 in the early 2030s. Economists and pension experts, on the other hand, recommend linking it with increased longevity.

In April last year, the Scientific Council of the Federal Ministry of Economy had to listen to harsh criticism from Olaf Scholz, who was then the SPD chancellor candidate and is now chancellor.

The Bundesbank is not deterred by this. It is “overall understandable that a number of national and international advisory bodies recommend such a structure to Germany,” she writes in the monthly report. The pension fund and the federal budget would be overworked if politicians set the retirement age permanently at 67 with continued life expectancy.

What scenarios are there?

The “double stop line” will still apply until 2025, the pension level must not fall below 48 percent and the contribution rate must not exceed 20 percent. Under current legislation, the level of coverage in the Bundesbank’s baseline scenario will fall to 43 percent by the end of the 2030s and to around 40.45 percent by 2070. At the same time, the contribution rate will initially rise to 23 percent and then to 25 percent in 2070. to the pension fund also rises sharply – by about 1.5 percentage points in relation to value added. 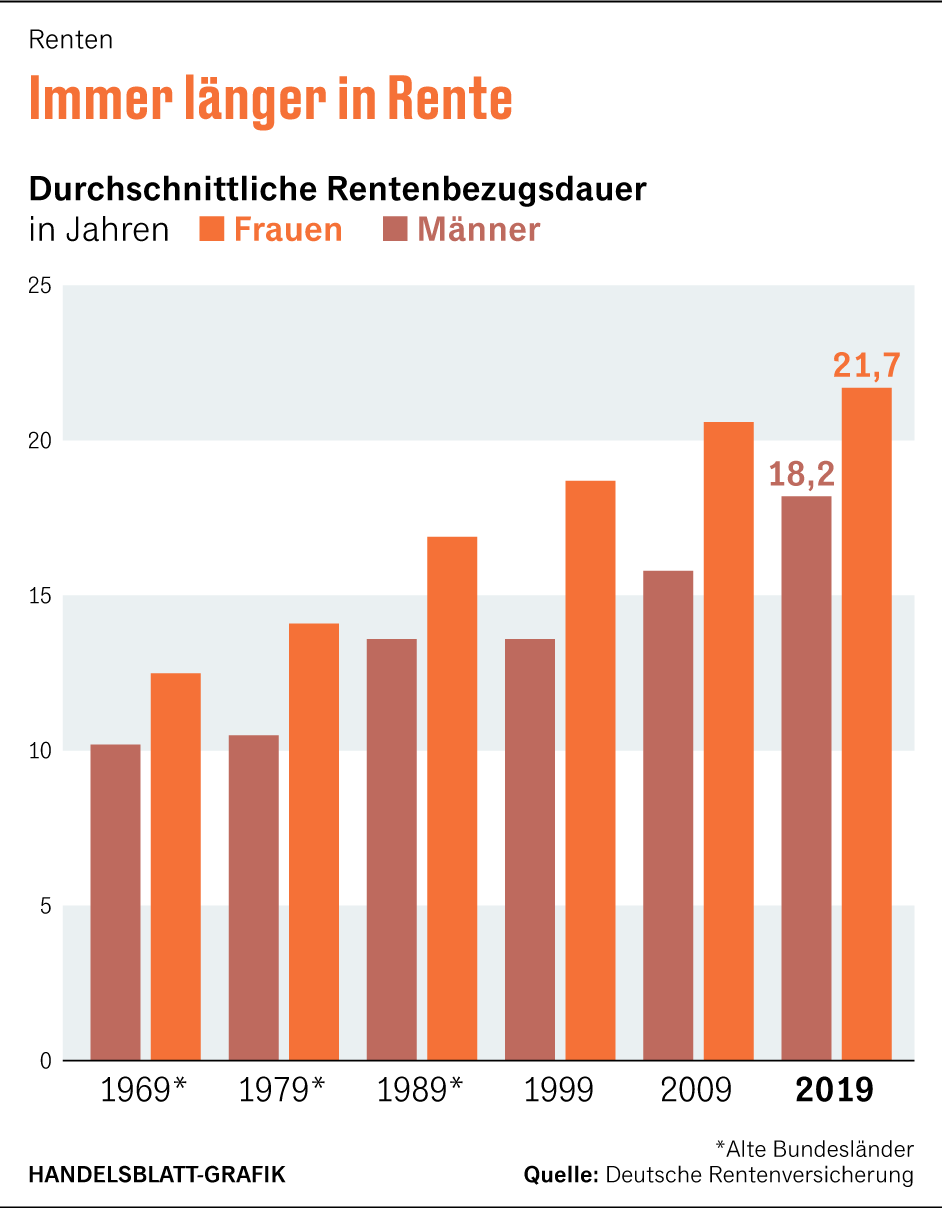 Now the SPD, the Greens and the FDP have agreed to permanently stabilize the pension level at 48 percent. In this scenario, the contribution rate would even rise to 29 percent by 2070. There would be a significant additional burden on the federal budget. In order to be able to finance the cost increase, the entire revenue from a standard VAT rate increased by six percentage points then had to be in 2070.

The situation is much more relaxed if the retirement age is not frozen, but increases with life expectancy – in the sense that the ratio between contribution year and pension year is determined at the level reached in the early 2030s. In this case, according to the Bundesbank’s simulation, the retirement age would increase to 69 by 2070.

If the pension level stabilizes at 48 percent, the pension contribution rate in this scenario will increase to 27 percent in 2070. It would therefore be two percentage points lower than without adjusting the retirement age. The necessary federal funds are also rising at a much slower pace.

Read more about demographics and pensions:

In a further simulation calculation, the Bundesbank also examines the case where pensions no longer grow in line with wages, but only the increase in consumer prices is taken into account. How to handle it e.g. in Austria.

Such an indexation of inflation decouples pensions from wage developments in the reference phase, which is reflected in a declining level of dependency. Pensioners therefore no longer participate in the development of wealth to the same extent as employees, but they also do not have to fear cuts in their pensions.

The Bundesbank assumes an annual increase in consumer prices of two percent and a gross wage increase of three percent. If one chooses a pension level of 48 percent for the year 2026, when the “double stop line” has expired, this would fall to just over 40 percent in 2070 with inflation indexation.

The Bundesbank does not want to give a specific recommendation for action to the federal government. According to the monthly report, politicians will ultimately have to decide how they want to spread the burden of demographics across the contribution rate, federal funds and pensions. “However, it should use long-term forecasts to explain in a transparent way what effects the proposed reform will have from today’s perspective based on plausible assumptions.”

More about this: Tax for the Elderly – Those who earn extra have to pay