(Motorsport-Total.com) – The second vehicle for the Hypercar / GTP class according to the LMDh rules after Porsche has been unveiled: BMW officially presents the M Hybrid V8, with which the factory team Rahal Letterman Lanigan (RLL) will compete in 2023 IMSA Sportscar Championship will compete. The BMW M Hybrid V8 is the first LMDh car to bear an official name.

The racing vehicle has the classic M-colors blue, violet and red, which are combined with white and black elements to create a camouflage design. This will be used for the test phase. Porsche also drives with a camouflage design, but this is more traditional with a zebra look.

“The most important task and at the same time the biggest challenge for the design team in the LMDh program was that the prototype should be clearly recognizable as a BMW M Motorsport vehicle,” says BMW M CEO Franciscus van Meel.

“And I can say to all fans: the BMW M Hybrid V8 is instantly recognizable as a BMW. It clearly carries the genes of the BMW M. I also like the camouflage cover with the references to the brand’s great history in North America. I can not wait to see the BMW M Hybrid V8 on the track soon. “

The designers processed typical BMW elements such as. The Hofmeister buckle on the side window, the M rearview mirror with air deflector, the so-called character lines on the front cover (the helmet of the production car) or the rear lights, which carry the typical BMW L at several angles.

The main focus, of course, is the dual kidney, the BMW brand par excellence. After this was the subject of controversy, at least in the western world, due to its excessive size, the M Hybrid V8 manages without a dominant grille. The kidney fits into the design without standing out completely, but still shows a clear presence. The competitor will at first glance know who is in the rearview mirror.

The team’s task was to design an LMDh vehicle that looks like a BMW, while taking advantage of every opportunity to also perform like a BMW on the race track, “says BMW Design Director Michael Scully.

“The design has its roots in BMW’s DNA of purposeful, efficient performance. The bold and determined nature of the design combines BMW’s pioneering role in turbocharged engines with optimized hybrid-electric propulsion.”

For driving, the DTM V8 engine was pulled out of the drawer, which did its job from 2012 to 2018 in the M3 and M4 DTM models. It has been heavily revised for the LMDh project and now has, among other things, direct fuel injection. Turbochargers provide the necessary power.

As with all LMDh cars, the driveline, including the hybrid unit, consists of standard elements. The trend towards high-volume turbocharged engines in the LMDh category continues: Porsche is also dependent on a turbo V8, Honda / Acura will continue to use its V6 turbo, and a V8 would also be suitable for Cadillac. 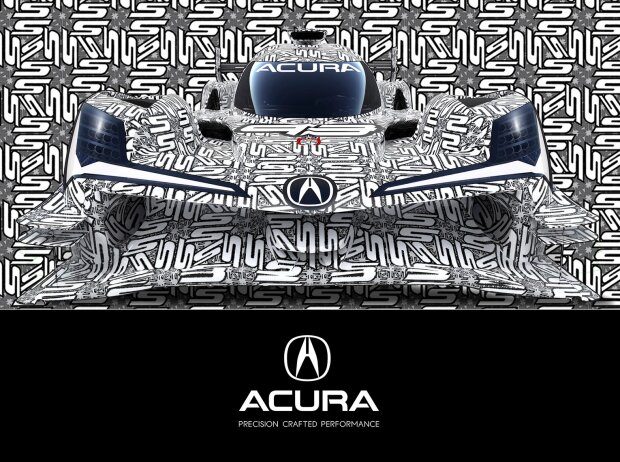 Acura and Cadillac have also teased their LMDh vehicles. The BMW M Hybrid V8 should not remain the last prototype according to the LMDh rules to be presented during Le Mans week.

BMW will compete exclusively in the IMSA Sportscar Championship with its new 2023 flagship. When the project was announced, people still did not care about participating in the Endurance World Championship (WEC), but it is now a clear goal to use the car in Europe and the rest of the world from 2024 – also in the hands of customers.