Legalized it. And now?

As cannabis use has become more normal and socially acceptable, the insignia of the stone has disappeared, and the self-image of the cannabis-smoking sofa label has faltered. Main stores were yesterday. Today’s customers go to “Contemporary Smoke Shops”. 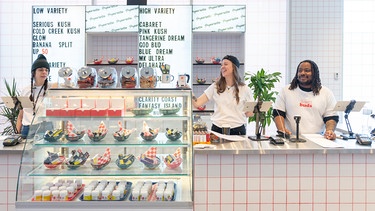 A look across the Atlantic shows where the scene could also develop in this country, where you are already a few steps further. On the west coast of the United States and in Canada, the cultivation and sale of the drug was legalized years ago. A small but growing industry has established itself that just sets out to reinvent the cannabis culture and break with old clichés, as the book “High on Design – The New Cannabis Culture” illustrates.

While the stereotypes of cannabis users so far have been predominantly male and often have negative connotations – from the late-age uprising, the alternatively dressed hippie with Rastas, to the petty criminal (as in the German film “Lambock”) – the representatives of the scene stand out high quality products, smart design and above all their femininity. The future is also here: woman.

With legalization, it did not take long before the stone stereotypes were challenged and companies recognized the broad spectrum of adults interested in cannabis, sums up Anja Charbonneau in the book’s introductory text. “It is not often that one is given the opportunity to reinterpret an entire subculture. And for design-minded people, it is extremely appealing to explore such an infinite and untapped potential.” 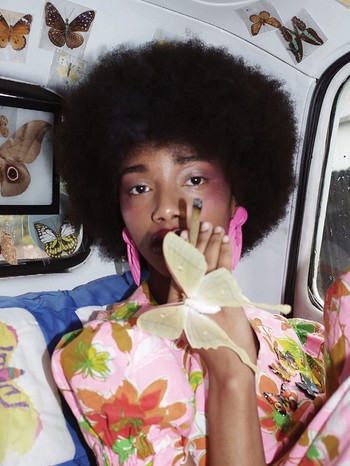 “Broccoli. A Magazine for Cannabis Lovers” is made exclusively by women.

Anja Charbonneau is the editor-in-chief and art director of Broccoli, a “magazine for cannabis lovers” created by an all-female team in Portland, Oregon since 2017. Broccoli is published three times a year and reports, for example, on native cannabis farmers in Colombia fighting for a place on the legal cannabis market away from international companies. The authors talk to the director of a test lab about organic weeds or reflect on drug abuse and addictive behaviors. Plus: Photo posters of flowers with joints wrapped in smoke, floral designs, lots of pastel colors – and advertising for cannabis products such as medicinal pills or designer bongs, which at first glance can hardly be distinguished from luxury fashion ads in glossy magazines.

“For our readers, cannabis is an element in their life structure, not the only focus,” Charbonneau writes in “High on Design,” which summarizes the new, reflective, but of course also more commercial approach to cannabis that the book summarizes. in an overview. New York company Veil markets oil essences in beautiful green cosmetic bottles as an odor neutralizer against smoke. Grave Labs of Texas produces high quality and futuristically designed glass pipes and bongs. And the Canadian company Verde Vie produces not only paper and lighters, but also relaxation candles and sleeping masks. Re-branding of cannabis culture is advancing. 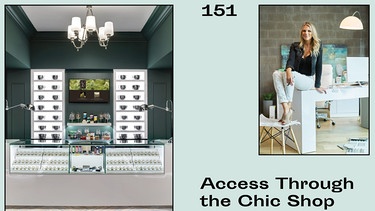 “Access through the smart store”: Cannabis as a luxury item

But the change goes beyond the purely economic aspects. Startup Goldleaf converts scientific research into minimalist graphics and sells prints with molecular structures of 24 different organic substances. And the Danish star chef Claus Henriksen is experimenting with hash and hemp in haute cuisine and has made a name for himself among gourmets: He cooks with hemp oil, uses it as a spice for lobster or crayfish or makes soft cheese smoked with hash. “Only now would people discover that hemp tastes great and adds flavors you can’t find anywhere else.”

From criminalization to glorification of a plant

The fact that cannabis has initially evolved into such a political cause and myth has grown fundamentally on the shit of U.S. bans and propaganda. Only the politicians’ artificially harassed and grossly exaggerated danger potential of cannabis, such as The “Murderer of Youth” campaign launched by Harry Anslinger later made the plant interesting as a symbol of the counter-movement: smoking cannabis against the madness of conservative propaganda.

Today, parents are perhaps less concerned about their children smoking strange herbs and more concerned about exactly which ones. With the end of the uprising, the use of cannabis today must be filled with a new, more contemporary meaning: mental health, closeness to nature, self-love. In this respect, the new images and brands that will ultimately infect us from North America are only contemporary and reflect a situation that has long ago reflected the reality here.

There is no doubt that the associated commercialization must also be critically questioned. But we can start right away with advertising for alcohol and e-cigarettes. But if one thing is particularly clear in the recent history of cannabis, it is that a conscious and enlightened use of drugs is always preferable to the madness and consequences of criminalization. The stoner is dead Long live the cannabis culture.

“High on Design. The New Cannabis Culture” is published by Gestalten Verlag