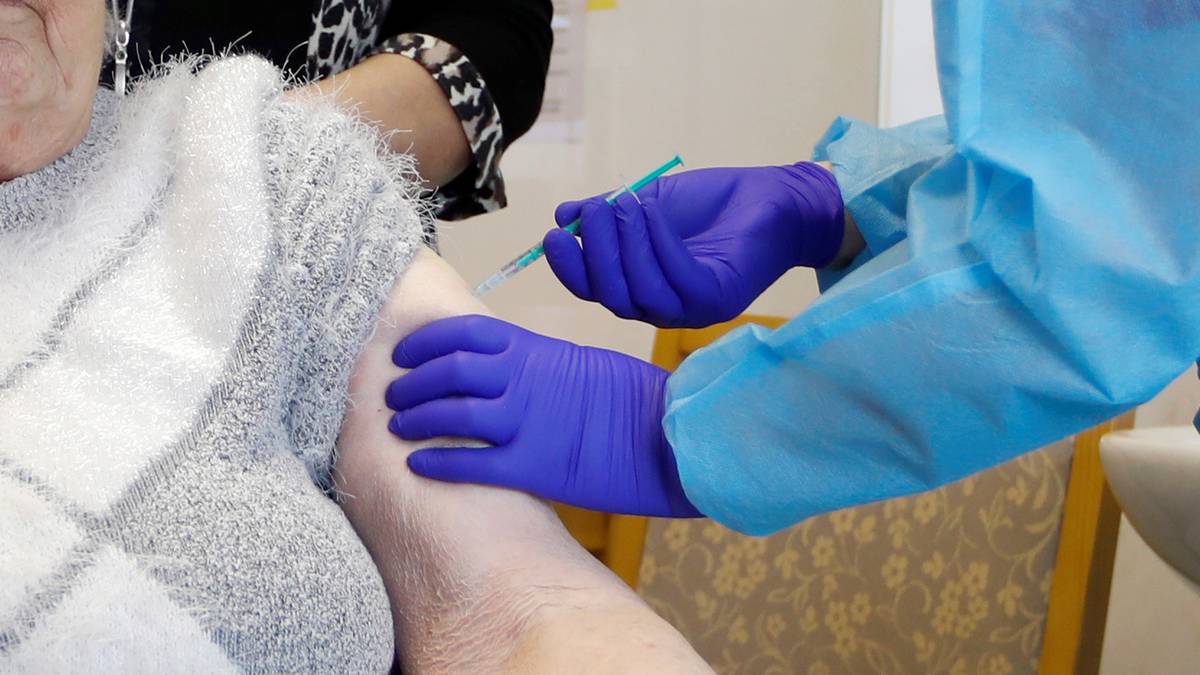 A post on Facebook warns of the allegedly dramatic injuries caused by the corona vaccination: “The death rate for people suffering from corona and who have been vaccinated is 4.7 percent. In the case of sick unvaccinated, on the other hand, there is only 0.15 per cent. This means that the risk of dying from corona is more than 30 percent higher for the vaccinated than for the unvaccinated.

In addition, a photo of a newspaper article is shown, in which the figures for these presumed death rates are explained. A fact check.

Classification: 30 percent higher risk of death has been invented

The statement about a 30 percent higher risk of corona death for vaccinated people has been invented. Vaccinations prevent corona deaths with high efficiency. The numbers used to calculate the false risk of death describe different categories of death rates and cannot be correlated mathematically. The newspaper text is a letter to the editor, not a journalistically researched article.

The newspaper article shown was published on 28 May 2021 in the “Neue Württembergische Zeitung”, more specifically in the local section “Göppinger Kreisnachrichten”. This is a letter to the editor, not an article by a journalist. This can be recognized on the note “To the reports on the Covid 19 vaccination” and the author and his residence below the text. The reader first mentions the figure that “over 57,000 Covid cases have already been reported by people who have been vaccinated once or twice, with a death rate of 4.7 percent (= 2707 deaths)”.

The news site “Business Insider” also reported on these figures. They are also available to the German Press Agency (dpa) upon a request to the Federal Ministry of Health. The author of the editor’s letter does not mention that of the 57,146 corona infections among the vaccinated, 44,059 cases (77 percent) occurred among those vaccinated for the first time – they do not yet have full vaccination protection.

According to “Business Insider”, the Ministry of Health did not say whether the 13,087 people who had been vaccinated for the second time were actually infected with Corona more than two weeks after the second injection or within these two weeks – if full vaccination protection was not yet in place. . In total, these cases occurred when 36 million doses of vaccine had already been administered, including 29.8 million first-time vaccinated.

The majority of the mentioned 2707 Covid deaths among vaccinated people only affect those who have been vaccinated for the first time, namely 2045 people who do not yet have full vaccination protection. Among the other vaccinated, 662 people died of or with a Covid disease. The age of those who died of or with Covid disease despite vaccination is not known. Age and previous illnesses are risk factors for a serious Covid course. As older people and people with pre-existing conditions were vaccinated first, this can also affect the number of deaths.

In principle, vaccinations provide good protection against severe Covid disease, although they can never prevent all cases. According to the approval studies, their effectiveness is between 70 and 95 percent – depending on the vaccine. Studies in the journals “The Lancet” and “The New England Journal of Medicine” could confirm the effectiveness in practice based on data from Israel.

As the story progresses, the letter-to-editor makes the mistake of comparing two different categories – accidental mortality and infectious mortality.

The proportion of vaccinated deaths in the number of coronary infections after vaccination represents a so-called case mortality (CFR) or a subset of it. This means that deaths are compared with reported cases of infection. The number of unannounced cases is not included. The value is therefore affected by the number of corona tests performed.

The 0.15 percent determined in a Stanford University study describes such infectious mortality (IFR). In the meta-study, several national or regional calculations were combined to form a global average of infection mortality. However, this value should be treated with caution – as the author of the study himself writes: “IFR depends on the affected environment and the affected population.” The age of the population or the strength of the health system, which varies greatly worldwide. , has an impact on a higher or lower mortality rate.

Comparison does not make sense

The study was published in March 2021 in the professional journal “European Journal of Clinical Investigation” and does not apply “according to the WHO”, as it is incorrectly stated in the letter to the editor. Nor was it published in any WHO publication.

Based on these two different values ​​of death rates, the reader has apparently determined for himself that 4.7 percent is 30 times greater than 0.15 percent. In terms of content, however, this alleged comparison of death rates makes no sense – because it compares figures based on completely different calculation bases.