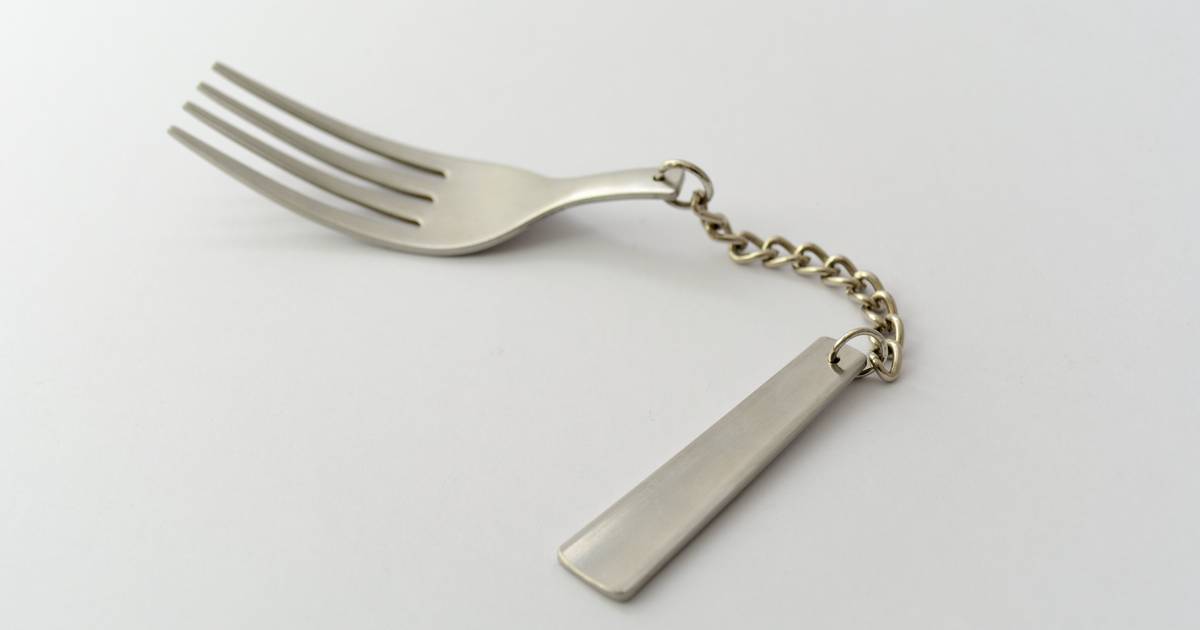 Düsseldorf The exhibition “Subversive Design” curated by Alain Bieber in NRW Forum is extraordinarily provocative. It questions the thinking and organization of an entire system.

The adult woman crawls back and forth like a child on the floor in the showroom of the NRW Forum. What is striking is her peculiar body-hugging suit made of greenish functional material. She wears knee pads and small pillows around her hands. Liora Epstein silently moves her lap, she experiences “changed body experience”, that is her message. With “crawling suits”, she leads at one point to her shelf, where ergonomic clothing hangs. Almost all people are constantly looking for self-optimization; this suit is optimized for crawling, but otherwise it has only drawbacks.

This is often the case with design. It used to be said that if you want to be beautiful, you have to suffer. Today it can be changed to: “If you want to be beautiful, buy trendy labels and do not pay attention to the digits after the first digit of the price.” Or if you do, buy fakes and other cheap items. How design as a commodity, as clothing or as a message has the world under control in the form of leitmotifs and suffering, how cheap production ignores ecology and human and children’s rights, how vanity is served provocatively, how design speaks the language of different cultures in a more or less punk and flashy way operated and evaluated differently in different countries depending on the world situation – this extraordinary exhibition reports on all this. The designers who have been called in are smuggling subversive, ie subversive counter-drafts into the supposed free market and forcing people to deal with issues such as climate protection, fast fashion, feminism, discrimination, exploitation and digitalisation.

Alain Bieber, head of the NRW Forum in Kunstpalast, lets it tear. Before that, there had been a multi-voiced discourse on the subject of design in his team of curators, says the attentive 43-year-old director of the exhibition institute, who recently lived in Kunstpalast. He comes up with a great story for each of the 20 exhibiting artists. Guided tours with him are advisable. After all, he set up a critique warehouse, a curiosity, a modern consumer-oriented curiosity.

The large shelves are not smart, but functional, you can walk around them and see the art from all sides. The sneakers with the “Nike” brand cost a few hundred euros, they have triple padded soles, allegedly filled with holy water, the design collective MSCHF calls them “Jesus shoes”, next to them is the second pair awarded to the devil, this sole is now included blood-filled.

Sneakers made from genetically modified stingray leather from “Next Nature Network” can be seen elsewhere, which has sparked a debate about new biotechnology. Gross is “Blood Sneakers” from the Meat-Factory project -Leather was made from slaughterhouse waste such as fat and bones Less disgusting but beautiful: a prom dress made from Lidl bags sewn together. World exclusive: Henri Alexander Levy with a no-go jacket depicting Vladimir Putin, allegedly painted by George Bush. Sad truth: Jojo Gronostay calls his fashion brand “Dead” White menswear “because it seemed unthinkable to the Ghanaian at the beginning of the recycling wave from Europe in the 1970s that such high quality clothing could simply be made.The previous owners must be dead.

A burst of variation in this show always evokes new excitement, one should dive into the works. You will meet attitudes – and also humor.

info “Subversive design” runs until May 22 in the NRW Forum.