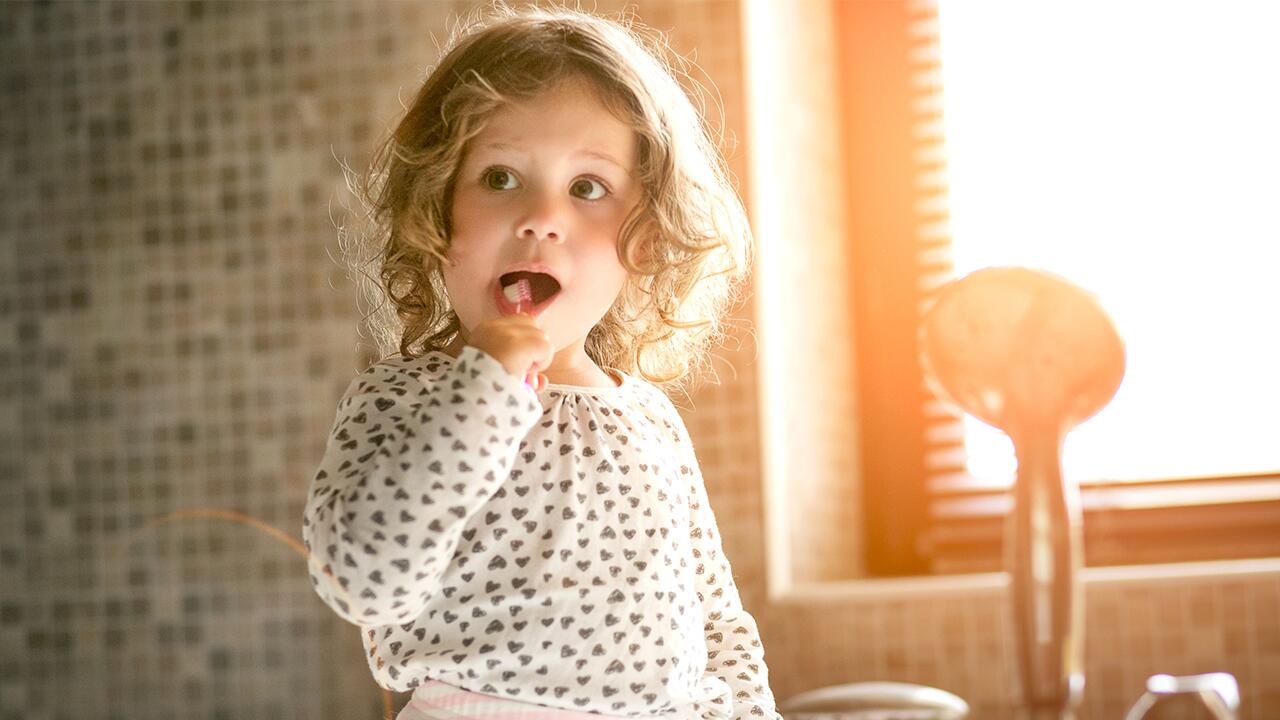 What is the best way for children to learn to brush their teeth, and what mistakes should parents avoid? Pediatric dentist Johanna Kant gives the most important tips for sensible dental care – right from the start.

Cleaning from the first tooth: Dental care is important even for babies. You can do so many things wrong. The best mistakes to avoid are:

“Parents should clean their children’s teeth when the first little corner breaks through.” This is important for pediatric dentist Johanna Kant. Only then could the baby teeth be well protected against cavities in the teeth.

In his Oldenburg practice, the dentist treats the very young and knows the special characteristics of the baby teeth. Because they have a slightly different structure than permanent teeth: their enamel is thinner and the small nerve channels in the dentin are slightly larger than permanent teeth. “As a result, caries can spread faster in the tooth once it has penetrated the enamel,” says the president of the Federal Association of Pediatric Dentists.

It does not matter if the parents first brush with a silicone fingerbed or with a soft toothbrush – the most important thing is that they do it in the morning after breakfast and in the evening immediately before going to bed.

At some point in childhood, children begin to scrub their own mouths. Johanna Kant emphasizes, however: “Parents are still responsible for keeping their children’s teeth clean – until their fine motor skills have developed so far that they can handle it on their own.” This is usually the case around the eighth birthday.

And what does the child do until then? “It’s practicing.” This means that parents give the child a toothbrush to chew and play with right from the start, while brushing teeth with another toothbrush. “It is important that the teeth are clean in the end. Parents can see this when they are white and shiny.” 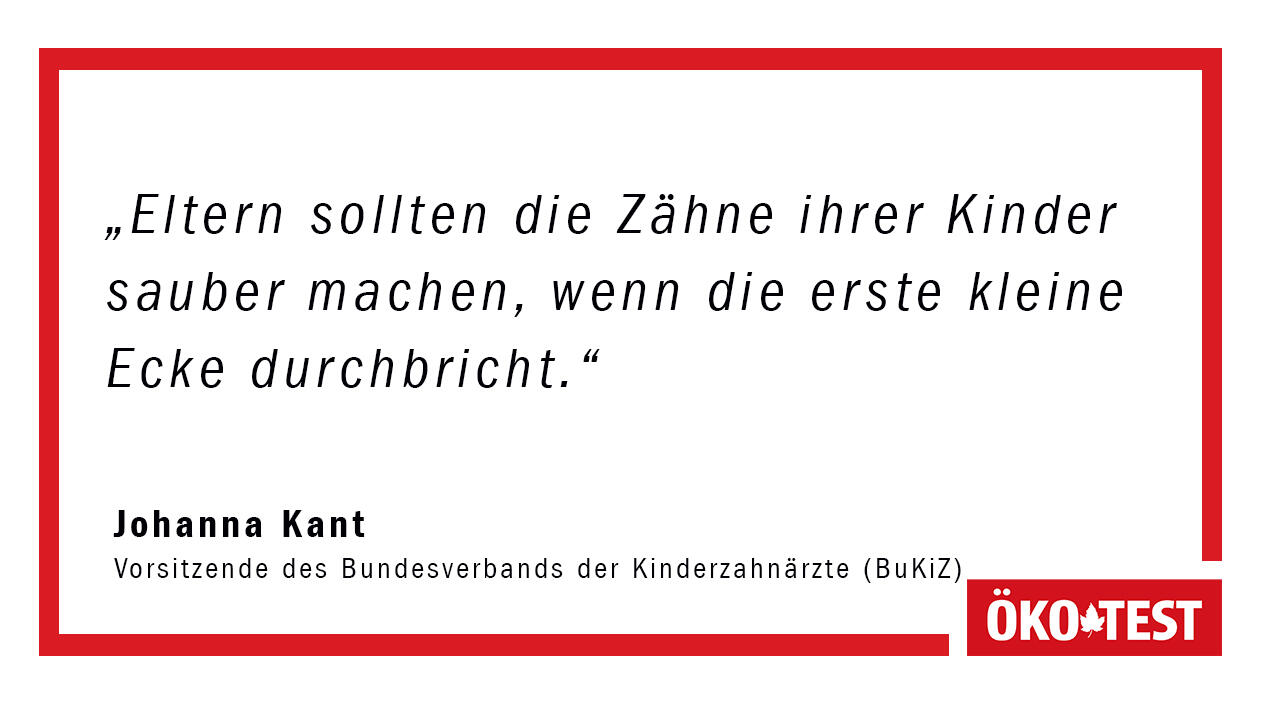 Johanna Kant advises parents to show their children a cleaning technique right from the start, because that kind of system then sticks in their heads. She shows her patients the KAI plus method – which is responsible for the order of first chewing surfaces, then the outside, then the inside plus subsequent cleaning of the parents.

“Parents can always tell their children what to do: Come on, let’s first scrub the chewing surfaces, then we clean the outside with large circles, then we wipe the inside from red to white.” If something is bleeding, parents should not be hesitant: “It is often the first sign of gingivitis and that it needs to be cleaned a little more thoroughly.”

Where a tooth comes out, it is best to walk gently at an angle from the side. “The little ones can do the same on the changing table, because parents must always be able to see what they are doing.”

4. Injuries to children while brushing teeth

If children steadfastly reject and immediately turn their heads away as soon as the toothbrush approaches, the pediatric dentist has found that it is often because parents inadvertently injure them while brushing. Especially in the upper jaw, the lip frenulum is still very low when the first teeth appear. “Many parents are not aware of it. If they scrub over it, it hurts the children.”

Edge tip: Place the toothbrush in front next to the lip frenulum, then brush backwards from there, starting again from the center on the other side.

Pediatricians and dentists have for years had different opinions on whether children should have tooth-protective fluoride in toothpaste or in pill form. Now there is finally a uniform recommendation: Until the first baby tooth erupts, infants should be given 0.25 milligrams of fluoride in tablet form every day.

From the first tooth onwards, there are two options: either the parents continue to give the tablet, or they brush twice a day with a toothpaste containing 1,000 ppm fluoride. But it is important that you make a clear decision: either toothpaste or tablets – not both. Otherwise, dental fluorosis can occur, ie permanent discoloration of the teeth.

Johanna Kant is in favor of toothpaste: Today we know that fluoride forms a thin layer of calcium fluoride crystals on the tooth’s surface – and that is what protects the tooth. “The fluoride gets to the outside of the teeth via the toothpaste – where necessary.” 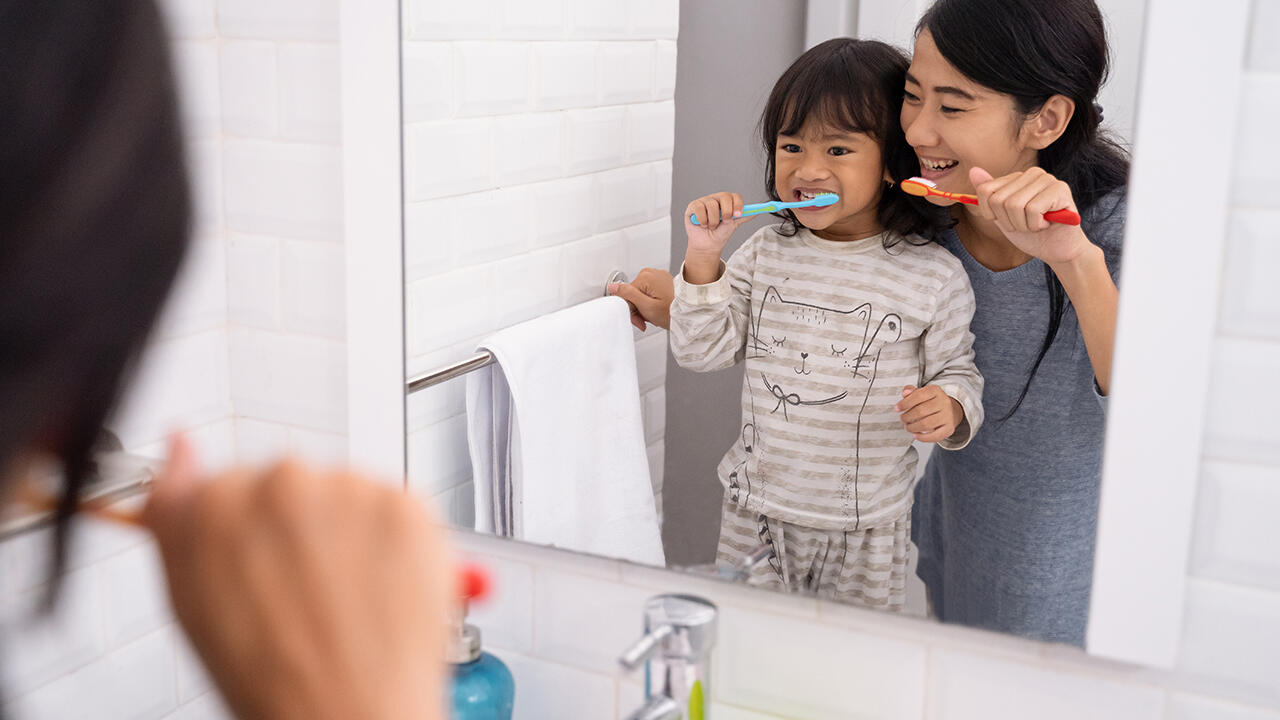 5. Open too much toothpaste

Smaller children are usually not yet able to spit well and swallow the toothpaste. But parents need to make sure they do not give their children too much toothpaste, says the dentist. First, only a portion the size of a mini grain of rice, when all the teeth are there, the amount of a small pea is enough.

Together with the children, they can practice and demonstrate how spitting works. “But parents should not leave young children unattended when cleaning. Because if the toothpaste tastes good, children will continue to make new ones.”

There is another reason why it is not hip to eat toothpaste: Many toothpastes previously contained the mineral white pigment titanium dioxide. However, last summer, titanium dioxide was reclassified by the European Food Safety Authority (EFSA) on the grounds that a mutagenic effect when taken orally cannot be ruled out at present.

The substance has therefore been banned as a food additive (E 171) since this year; there is still no regulation for cosmetics. In our opinion, it should now be the manufacturers of baby toothpaste to remove titanium dioxide from their formulations. Until this works, parents can look at the ingredient list themselves: In cosmetics, titanium dioxide is declared as “Titanium dioxide” or under the color number CI 77891.

Buy the yearbook Children & Family for 2022 as eAvis now

6. Do not give your teeth a break

The teeth have now been moved around: The teeth must be released from time to time and not constantly rinsed over with food or drink. “As a rule of thumb, you can say: Our teeth can handle five meals a day. Then there can also be dessert, a juice syringe or a few biscuits as a snack,” says the pediatric dentist.

Everything that lasts more than five moments a day should be as low in sugar and acid as possible – that is, water to quench your thirst and a piece of vegetable to quench your hunger. “It makes more sense than giving up sugar completely, which is usually utopian.” Because only by taking breaks do the teeth have enough time to retrieve the lost minerals from the saliva.

So it is the constant chewing on a piece of pretzel that is so bad for your teeth because, for example, white flour is broken down into sugar by the enzymes in the saliva of the mouth. Juice or milk in the feeding bottle is even worse, and Johanna Kant is adamant: “The bottle dosage form is a disaster for the teeth because they are constantly attacked by the contents.”

7. True with a dentist – or set a reward

The first visit to the dentist should be made when the first tooth arrives. After U 5 at the pediatrician, the first early detection examination at the dentist is planned. The next appointments are then made after the following U-examinations: The second approximately when all front teeth and canines are visible, and the third when the baby teeth are finished.

Pediatric dentist recommends that parents make going to the dentist a completely normal thing. So neither threaten nor set a reward.