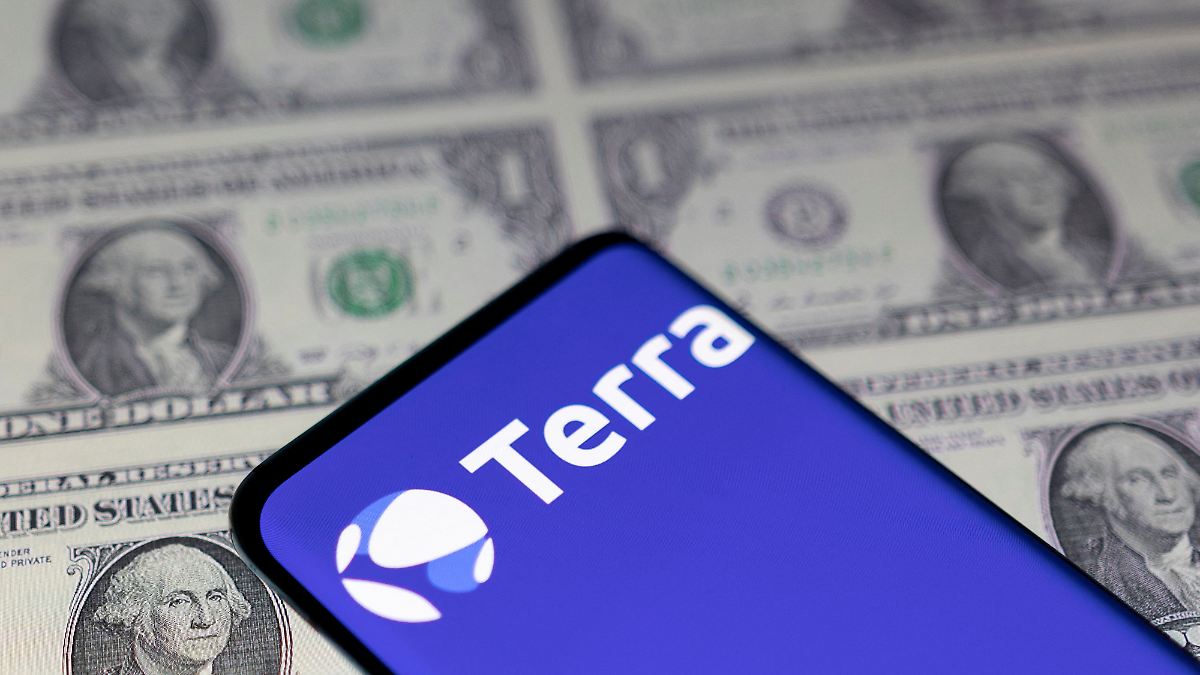 Stablecoins lose confidence
Which currencies are affected by the cryptocurrency

Unlike other cryptocurrencies, stable coins should be characterized by value stability. But the TerraUSD crash ruined nearly $ 30 billion in assets. And that’s just the beginning.

Anyone who invests in cryptocurrencies needs strong nerves – or a lot of money. Course fireworks are part of the daily business, sometimes it rises several thousand dollars, sometimes down by thousands of dollars. What happens less often: Complete crash like on Wednesday. The stable currency TerraUSD – also known as UST – collapsed to 36 cents per coin and took the cryptocurrency Luna with it. Bitcoin was also affected and fell below $ 27,000 for the first time since December 2020. Investors now fear a wildfire that could infect other stack coins like Tether.

TerraUSD was worth nearly $ 20 billion before the crash, making it the third-largest stack coin. On Thursday, the value was around 60 cents per coin, although by definition it is actually one dollar per coin. This triggered cascading effects that destroyed nearly $ 30 billion in wealth – almost as much as Adidas’ market value. Stable coins should actually prevent exactly that, a cryptocurrency. Unlike other digital currencies, they hardly fluctuate, but their value is stably linked to a common key currency, such as the dollar. In short: a coin usually costs one dollar. The original idea of ​​stable coins was to ensure liquidity in the market and to simplify payment transactions between individual digital currencies.

So why dropped to 60 cents per coin? The short answer to that is that investors have lost faith in Terra – and confidence is the most important asset in digital currencies. “What can be said is that confidence in stable coins has been massively damaged overall. The image of an entire industry is being hit,” analyst Timo Emden told Handelsblatt.

The technical answer is longer: In order for the stack coin to be consistently worth $ 1, those responsible must balance investors’ purchases by investing the same amount in dollars. So for each coin, they deposit one dollar into a different account. This is at least the case with the two major stable coins, Tether and USD Coin. However, TerraUSD is one of the so-called “algorithmically stable coins”. So behind Terra, there are no real dollars, but cryptocurrencies – in this case Luna. A terra is always worth a dollar in luna. Owners can “burn” $ 1 worth of stablecoins and create (“mine”) Luna of the same value at any time at a fixed exchange rate.

If the price was previously above a dollar, investors traded Luna for stable coins and then sold them at a profit on the respective stock exchange. It also worked the other way around. The course was kept constant for a long time. Until this week, when both courses went markedly in the red. When Terra fell to less than one dollar, investors logically swapped stablecoin for Luna. But when the Luna price also fell, investors also sold Luna. The negative spiral started and ended up hitting especially Luna. At its peak, the price dropped to $ 0.70 before investors lifted it back to over $ 4.50. On Tuesday, however, it was still over $ 20.

The foundation behind Terra originally rumored that it was an attack on the project. To maintain coverage, large quantities of their own bitcoins, which the fund had previously purchased as hedges, were then sold. But it has probably also weakened the Bitcoin price, which on Thursday fell to its lowest level since December 2020. Investors therefore fear a risk of spillover for the entire market.

In fact, other stable coins are already affected. Tether, the main provider, fell to $ 0.95 Thursday morning. Although Tether states that it is fully hedged by dollar-based assets, the Group does not provide precise information on this. Last year, she was fined $ 41 million for allegedly making misleading statements about her dollar reserves.

Both the US Federal Reserve, the European Central Bank (ECB) and the Bank of England recently warned against stable currencies and their supposedly secure connection to fiat currencies such as the dollar. The Fed even warned in its latest Financial Stability Report that “stablecoins could lose value or become illiquid under pressure.” In short, central banks do not think much about stack coins. Meanwhile, another narrative haunts cryptocurrencies: users suspect a conspiracy between large funds and regulators that is causing a crash to ultimately enforce stronger regulation.

However, given the lack of transparency and the obvious lack of confidence, it can no longer be ruled out that other stable coins will be infected by Terra and the Luna crack. How realistic is that? Hard to say. The famous “Financial Times” comes to the most appropriate conclusion on this issue. She writes succinctly, “We do not know.”

It seems unrealistic that the whole crypto scene is coming under pressure. But the prices of Bitcoin and Ethereum are likely to crack in the short to medium term, as the foundation behind Terra wants to burn around 1.3 billion TerraUSD in the short term – including around 371 million in Ethereum’s cross-chain. This can minimize the supply slope at TerraUSD and bring the price up in the short term. For Terra and Luna owners, however, it is associated with high costs.

This text was first published by “Capital”.