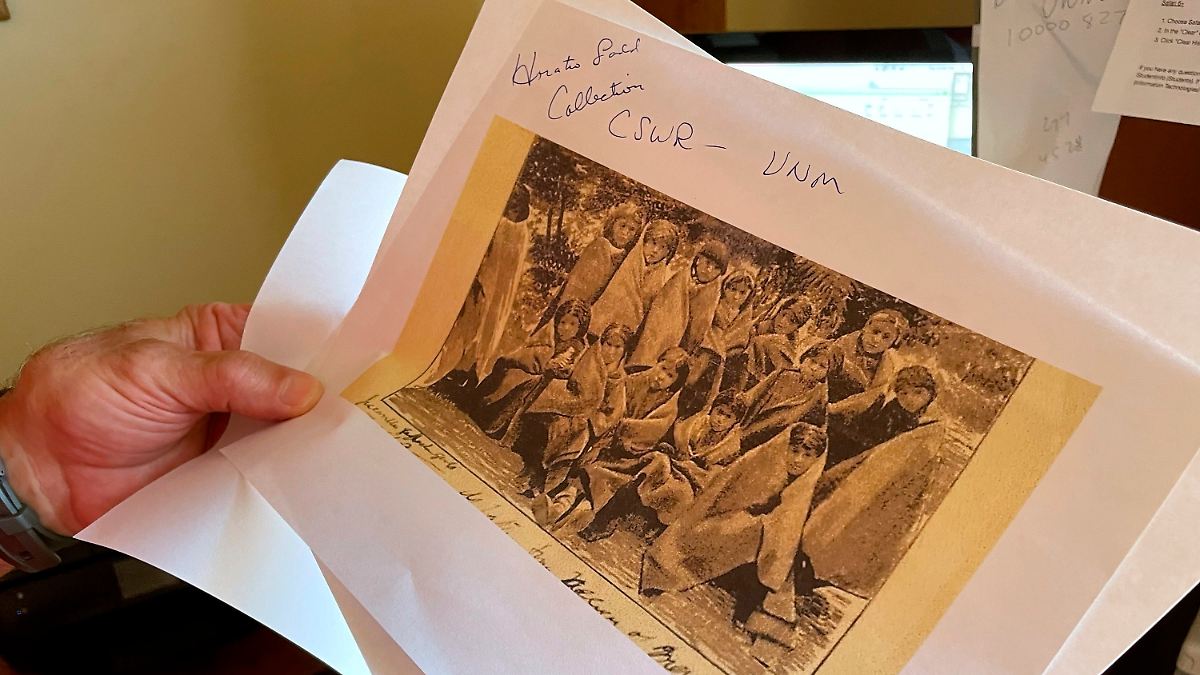 So far, it looks like a Canadian problem: abduction and neglect of children from indigenous families. But probably also thousands of children died at similar boarding schools in the United States. This is the conclusion of a report from the Ministry of the Interior.

Hundreds of minors have died in boarding schools for Native American children throughout history. A report released by the U.S. Department of the Interior on conditions in such schools in the 19th and 20th centuries states that there were more than 500 deaths in 19 boarding schools alone.

The true figure is probably much higher: Further studies should show that “thousands or tens of thousands” of children died under the abuse of Aboriginal boarding schools, the authors write in the report. Many of these children were buried in “unmarked or poorly maintained burial sites” far from their families.

According to this, between 1819 and 1969 there were more than 400 boarding schools in the United States, to which children of indigenous peoples were forcibly deported. Marked or anonymous burial sites were found at more than 50 sites. The authors point out that this number is likely to increase.

The approximately 100-page report describes serious abuse: the children were often physically punished, beaten and whipped, and denied food. There were also sexual and emotional assaults. However, the report does not draw a direct link between the abuse and the deaths.

According to the report, the boarding schools pursued the “dual goal of cultural assimilation and territorial expulsion of indigenous peoples through forced (…) resettlement of their children.” Government-run or supervised schools are operated in 37 states or U.S. territories, including Alaska and Hawaii.

Home Secretary Deb Haaland – the first Native American minister in American history – was shocked by the results of the inquiry. “The impact of Aboriginal boarding school policies – including the intergenerational trauma resulting from family segregation and the cultural annihilation imposed on generations of children as young as four – is heartbreaking and undeniable.”

“When the federal government moved the country west, it also set out to exterminate, exterminate and assimilate the Native Americans, Alaskans and Hawaiians,” Haaland said. She herself is descended from ancestors, “who had to endure the horrors of the policy of assimilation of the native boarding schools, which were carried out by the same ministry which I now lead”.

Last year, the discovery of several anonymous graves at former boarding schools for Aboriginal children in Canada caused horror. This prompted Haaland to conduct a study in the United States.

In Canada, by 1874, about 150,000 children of Aboriginal and mixed couples had been separated from their families and culture and placed in church homes to force them to assimilate into the white majority society. Many of them were abused in the homes or sexually abused.

At least 3,200 of these children are thought to be dead, most of them from tuberculosis, neglect or malnutrition. Pope Francis apologized for this in early April. “I ask for God’s forgiveness for the pathetic behavior of these members of the Catholic Church” and “I join my Canadian Bishop Brothers in asking for your forgiveness,” the head of the Catholic Church said at a meeting with representatives of various indigenous groups in Rome.