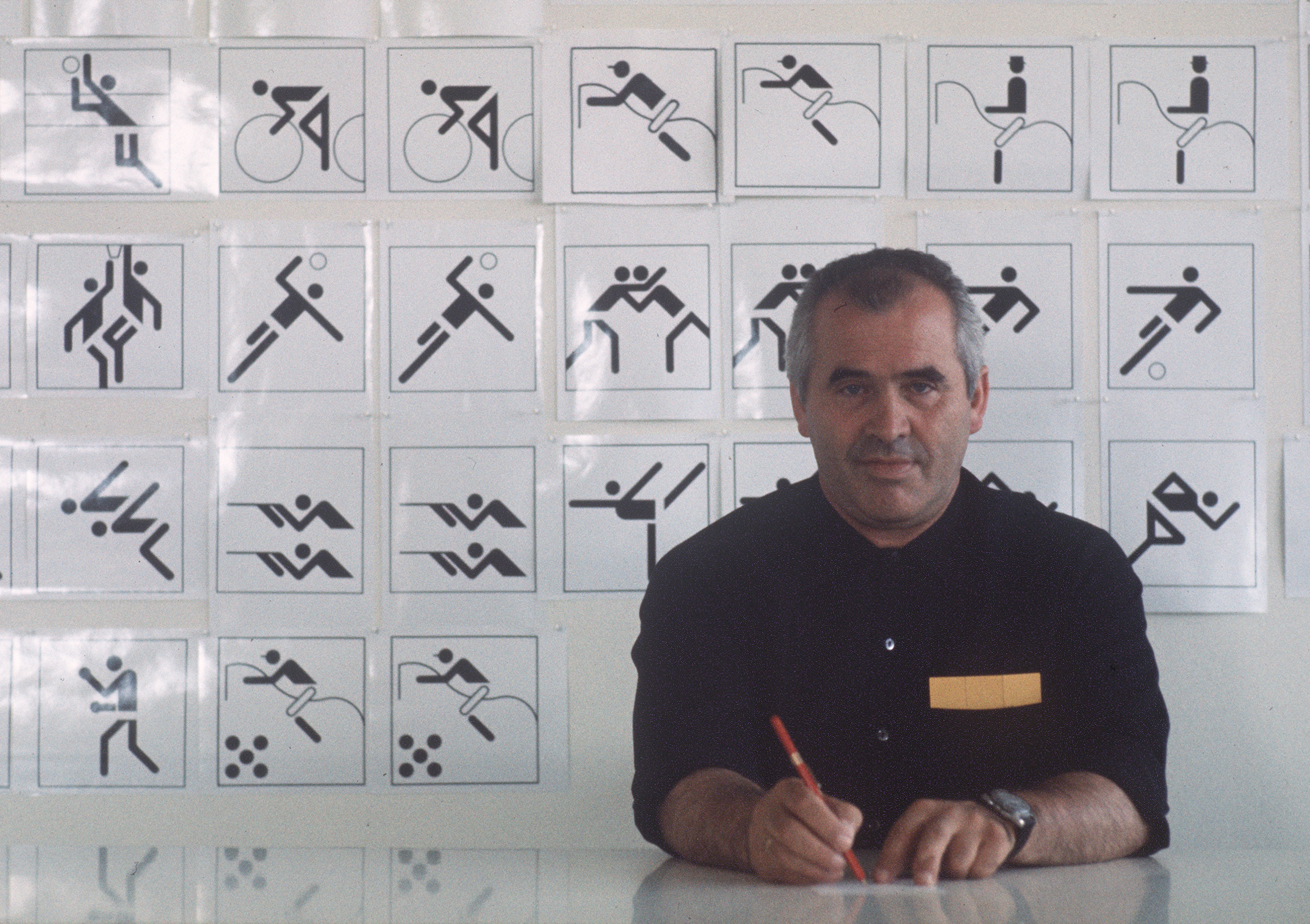 “Otl Aicher, the design assistant for the Olympic Games, is currently Germany’s super-designer: he wants to create an aesthetic image that includes stationery, bulletins and catalogs, the entire aesthetic climate.” – “The athletes are blue, the press and TV people are green, the technology is orange, silver is reserved for the record.”

This is how a radio commentator describes what visitors can expect in Munich in 1972: the Olympics in all the colors of the rainbow. Light overalls instead of uniforms are even made available to police and firefighters. With this, Otl Aicher creates a contrast to the bombastic Nazi propaganda show in 1936 in Berlin.

Not as an overwhelming “super-designer” who would contradict his way of life and work: born in Ulm on May 13, 1922, the committed Catholic and anti-Nazi were friends with the children of the Scholl family, the founders of the “White Rose” resistance group.

Crafts instead of art market

Forced into military service, Aicher deserted in 1945 and married Inge Scholl after studying sculpture. She runs the adult education center they both founded in Ulm, and Otl Aicher designs the graphic design. A poster from 1948 can be found in the New York Museum of Modern Art. The self-taught did not sign it. He does not care about the art market, but sees himself as a craftsman in the service of a common cause:

“We have always been very allergic to any commercial exploitation of design. This has always had to do with our intention to project design activity on not only everyday needs but also on social needs.”

Co-founded by Aicher: Ulm School of Design – Bauhaus in the Federal Republic

Designing functional, at the same time aesthetically pleasing and durable products is the task of the Hochschule für Gestaltung. Founded in Ulm in 1953 by Inge Aicher-Scholl, Otl Aicher and Bauhaus architect Max Bill, the later legendary “HfG” is also intended to contribute to “democratic education”. Because the ambitious goal of a comprehensive humanization of everyday life can only be achieved through equal cooperation – business economists and engineers are also involved, according to Otl Aicher:

The industry has revitalized us a lot and given us a lot of ideas. We all always liked being in companies and learned technical processes and made sure to be as good as the engineers – which surprised many customers, as we sometimes came up with new solutions in technical areas. ”

The kitchen island as a social sculpture

Together with the students, Aicher examines the daily use of a product and its social impact. In this way, he himself came up with a new kitchen concept: no standardized built-in lines trimmed for fast flow, but the kitchen island as a meeting place for a family or shared apartment. The passionate chef calls this his “work table”. Aicher draws on his own experiences of “stone cutting, forging, chiseling and modeling” for the illustrated letters of the Olympic Games. The “pictograms” are based on clear, analogous everyday movements – this is how the graphic designer responds to the increasing wave of digitalisation.

“A society that no longer has a relationship with the real environment, to work, will obviously have to be fed more and more – and it can be fed – with information, with illusion, with imagination.”

The stubborn designer founded a “Department of Analogue Studies” together with his wife Inge. In 1991, Otl Aicher died after a traffic accident. Two years earlier, in a conversation with Christa Wolf, he summed up his efforts to create a humane society. The GDR writer wrote in his diary:

“The Federal Republic, Otl said, is – contrary to what they had hoped for in 1945 – not a democracy for human rights, but a democracy that protects property and consumption to keep the wheels of the economy moving.”