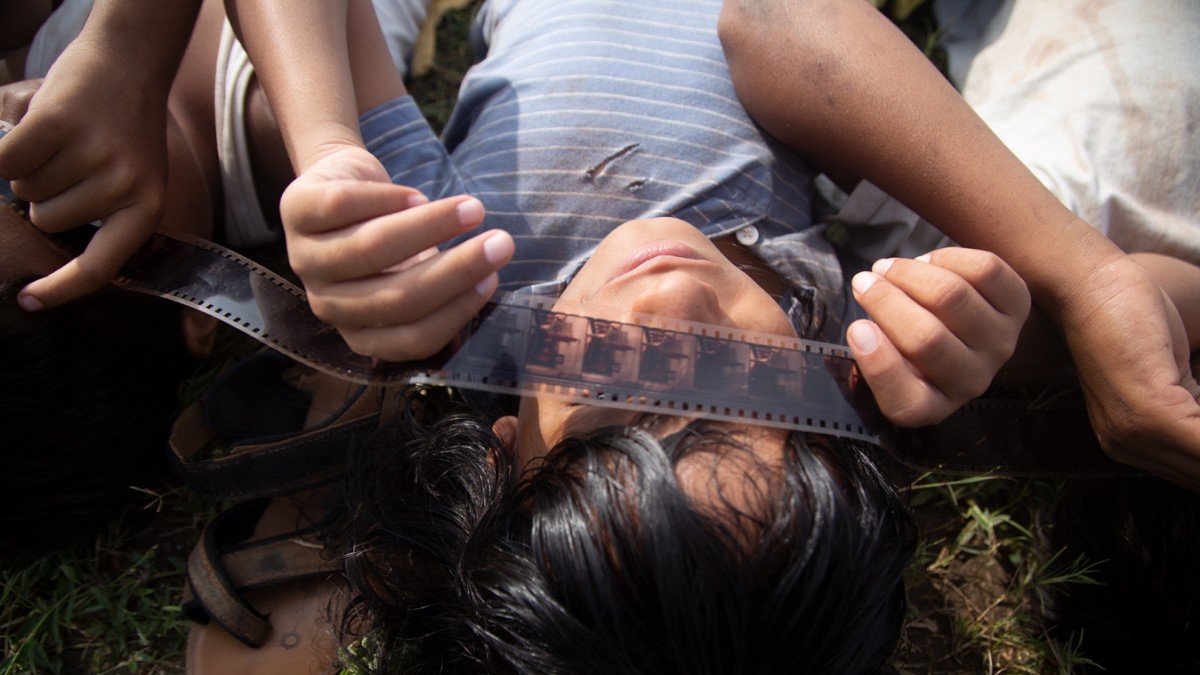 The lights! The colors! The music! The intoxication of the movement! It is love at first sight when nine-year-old Samay, from a poor background in a remote village in India, experiences cinema for the first time. He immediately decides to make film his profession. Wherever he walks, sits and stands, he explores the magic of light from now on, captures the sun’s rays with his hands and casts shadow play on the wall, looks at the world through colorful broken glass and observes the refraction of light. “I want to understand light,” he says, “because light becomes stories, and stories become movies.” But his father, a strictly religious Brahmin, has little understanding of his son’s new passion: “The film world is obscene and violates all our values,” he said, “Have you ever heard that a Brahmin’s son has such a disgrace.” job maybe? “

Samay is a soulmate of little Billie Elliott. Just as he was to defend his passion for dance just over twenty years ago against the masculinity of British coal miners, Samay must now assert his lifelong dream against his father’s anti-image traditions. From then on, after school, he secretly sneaks into the cinema of the nearest big city. He becomes friends with the projectionist Fazal. He gladly exchanges the lunch that his mother lovingly prepares for the opportunity to watch movies through the window in the projection room. Fazal also introduces him to the secrets of cinema projection, to the interplay of light and darkness, of movement and silence.

Samay soon infects his friends with his enthusiasm for the cinema. The boys discover the warehouse that distributes the film reels across the country and steals a few of them, causing a huge uproar in the cinemas when the film interrupts in the most exciting moments. It is a touching image as the children lie on the grass, sliding the film strips through their fingers and holding them up against sunlight. Then they make an impromptu silent film projector of scrap parts and arrange a screening for the whole community. The kids play the sound live using the tricks of the classic foley artists. The drumming of small hands on their chests turns into the trampling of horses, they simulate the wind by blowing into a bottleneck, clinking keys and rippling pebbles turn into treasures, and just like in a puppet theater, they warn against the evil and cheer on the good. . Another coup is the child actors, who all exude their natural charm for the first time in front of the camera, above all Bhavin Rabari as the director’s youthful alter ego. Pan Nalin’s sense of documentary always shines through and prevents the film from becoming kitschy or sentimental.

The instructor himself experienced the happiness of telling in his youth

Many film directors have spoken of cinema as a lifesaver and a source of meaning, as a way to escape from poor and desperate conditions: like Giuseppe Tornatore in “Cinema Paradiso” and most recently Kenneth Branagh in “Belfast”, the Indian director. Pan Nalin (“Samsara”) his own cinema inauguration, which here has direct spiritual dimensions. That sparks of enthusiasm for the cinema’s magic fly so directly has a lot to do with the sensuality he creates in his images. This applies not only to the magic of light, but also to the culinary delicacies that Samay’s mother prepares from rice, vegetables and colorful spices while sitting on the floor. In such moments, “The light from which dreams are made” is reminiscent of the love-going-through-the-belly romance “Lunchbox”.” by Ritesh Batra.

To protect your privacy, it has not been loaded without your consent.

I consent to the display of YouTube content by me. Personal information is thus transferred to the operator of the portal for usage analysis. You can find more information and a recall option at sz.de/datenschutz.

This external content was loaded automatically because you accepted it.

Revoke consent and reload the page

The homage to the happiness of storytelling, as Nan Palin himself experienced it in his youth as the son of a Brahman tea salesman, time and time again becomes a declaration of love for his Indian homeland. At the same time, “The light from which dreams are made” is also a melancholy farewell to classic film projection. Finally, Samay follows the truck with the old film reels, which are given a new, colorful, glittering purpose at a recycling factory.