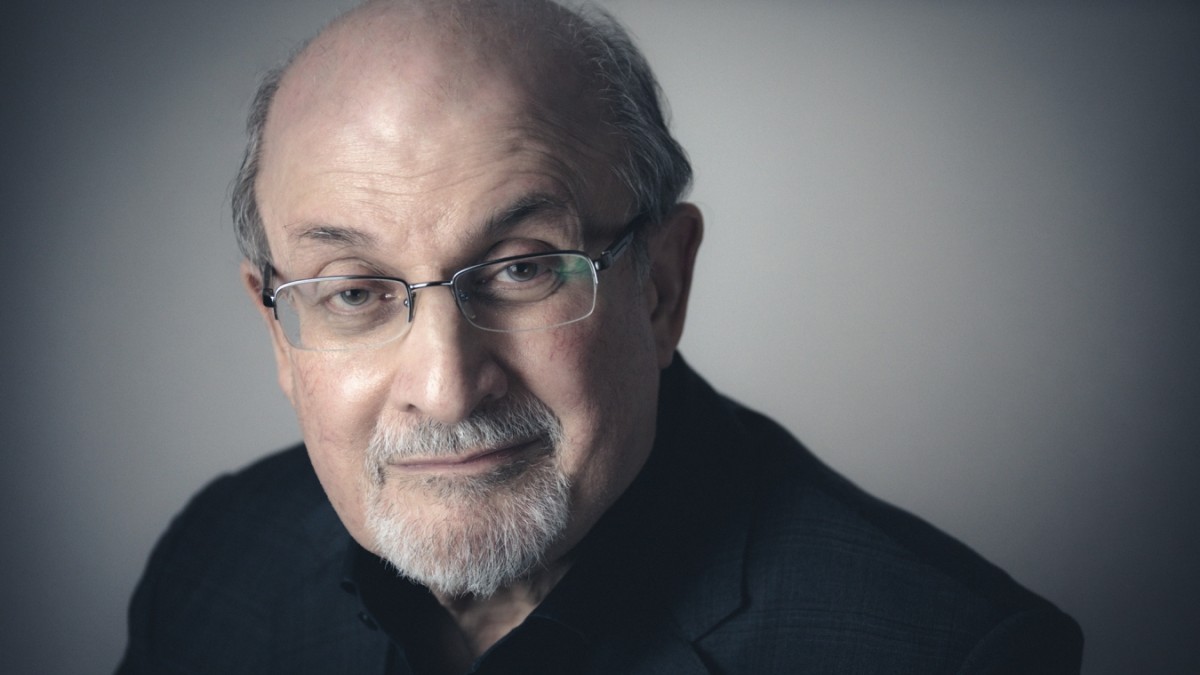 In Salman Rushdie’s new collection of essays, one dives deep into the cosmos from which this genuine polyglot British author draws his stories: It is the Asian continent, so foreign to Europe, with its traditions based on Hinduism and Buddhism and its wealth of stories. From there, Rushdie builds a bridge to Anglo-Saxon, but also repeatedly makes excursions to German-speaking poets and thinkers. Former Austrian Chancellor Bruno Kreisky shows up, as does Günter Grass. And again and again philosophers, often Heraclitus, the pre-Socratic philosopher of Ephesus. Rushdie values ​​being a “wandering writer” and sees himself as a contrast to regular peers like William Faulkner. He resolutely rejects the description that his literature is “magical realism”.

Of course, the very latest news must be reported first. The only text in the volume that is new in the narrow sense bears the unadorned and unfortunately current title “Pandemic” and is, as the subtitle promises, “a personal study of the corona virus”. So based on Rusdie’s own 17-day corona infection, one reads less than a large piece of thought, a laconic account of his experiences and a small attempt to be human. A re-reading of William Golding’s dystopian tale “Lord of the Flies” is closer to him than Camus’ plague, “because in Golding’s depiction of the fragility of civilization and the ease with which it can be destroyed to expose the barbarism below, a terrible and valid truth is found.” .

An article from May 2020 about a real version of the Golding saga, a group of Australian schoolboys stranded on a deserted Pacific island south of Tonga in 1995, cooperates civilly and is rescued a year and a half later in good shape, but then gives him hope again. Nevertheless, he can not just leave a friend’s comment that he is now Superman when he says that antibodies have been detected in him: “I’m not feeling very well. And I know it’s for every Superman, there is a block of green. kryptonite. We’ll see. “

There are many literary declarations of love in these texts, very many

One gets closer to the author in these essays than in his official autobiography “Joseph Anton”, published in 2012. Probably also because the essayist Rushdie – unlike in “Joseph Anton”, told in the third person – does not shy away from the first person here. You learn a lot about Rushdie’s fear of the fatwa after the release of “The Satanic Verses”, about what it’s like to have a false name, to live in secret apartments under constant surveillance – and all that with those who stand by him, people do .

The life of the Prophet Muhammad described in nightmares by one of the main characters in “The Satanic Verses” was once the reason why the then Iranian head of state Ruhollah Khomeini sentenced Rushdie to death by means of a fatwa on February 14, 1989. This fatwa was justified by , that the book was “against Islam, the Prophet and the Koran”. Khomeini called on Muslims around the world to carry out the law.

You also learn how important friends like Harold Pinter and Christopher Hitchens were to Rushdie during the time he was in hiding and on the run. The obituaries of these friends are among the most touching texts. You could actually do an interesting network analysis with the tape. Rushdie reveals which colleagues he appreciates and who he thinks is overrated (Dan Brown for example). There are also some young writers who have not yet been discovered.

Rushdie’s personal literary history from antiquity to the present, which is also included in the volume, is an engaging search for the best possible storytelling for both adults and children. As a college student, he did not finish reading “The Tin Drum” by Günter Grass. Ten years later, he gave the book a second chance, “whereupon it became my favorite novel: one of those books that I would say I love”. There are actually many literary declarations of love in the texts.

Shakespeare, Rushdie’s regular star, keeps popping up. Role models are also HC Andersen, Samuel Beckett, Franz Kafka and Philip Roth, from whom he learned a lot about writing sex scenes, according to Rushdie. He often mentions his novel “Midnight’s Children,” and that there is much Salman in its protagonist Saleem. This is also an invitation to read or reread. “To become a writer, one must first understand oneself, and it is harder to achieve that understanding when one is scattered around the world oneself,” Rushdie writes at one point, making literary definitions in passing. For example, a fiction must be “wildly amazing”, but an autobiography must be “resolutely realistic”.

Through the speeches he has given at universities over the years, Rushdie wants to pass on some of that passion. He certainly has a strong sense of mission – also or especially when it comes to freedom of speech and freedom of the press. Arguing about arguments, about what can be said, rejecting censorship – or even self-censorship – is one of his central driving forces for his writing and acting. The title unequivocally indicates the appropriate parentheses: “The language of truth”. Rushdie always pleads for the polyphonic coexistence of cultures, which should inspire literary writing as much as one’s own life.

Why the book is divided into four parts, however, needed an explanation as much as the rationale for the choice of text. And unfortunately, there are also no more detailed editorial comments on each of the contributions. However, one certainly does not take it completely wrong to assume that this collection of texts is also about a kind of legacy, about what is left of Rushdie’s way of thinking, who has just turned 74, alongside the novel’s goals. At best, it can be assumed that someone will one day write about his death, as Rushdie once promised on the occasion of Harold Pinter’s death: “We will continue the work and will defend the written word and those who risk everything. To tell the truth. “