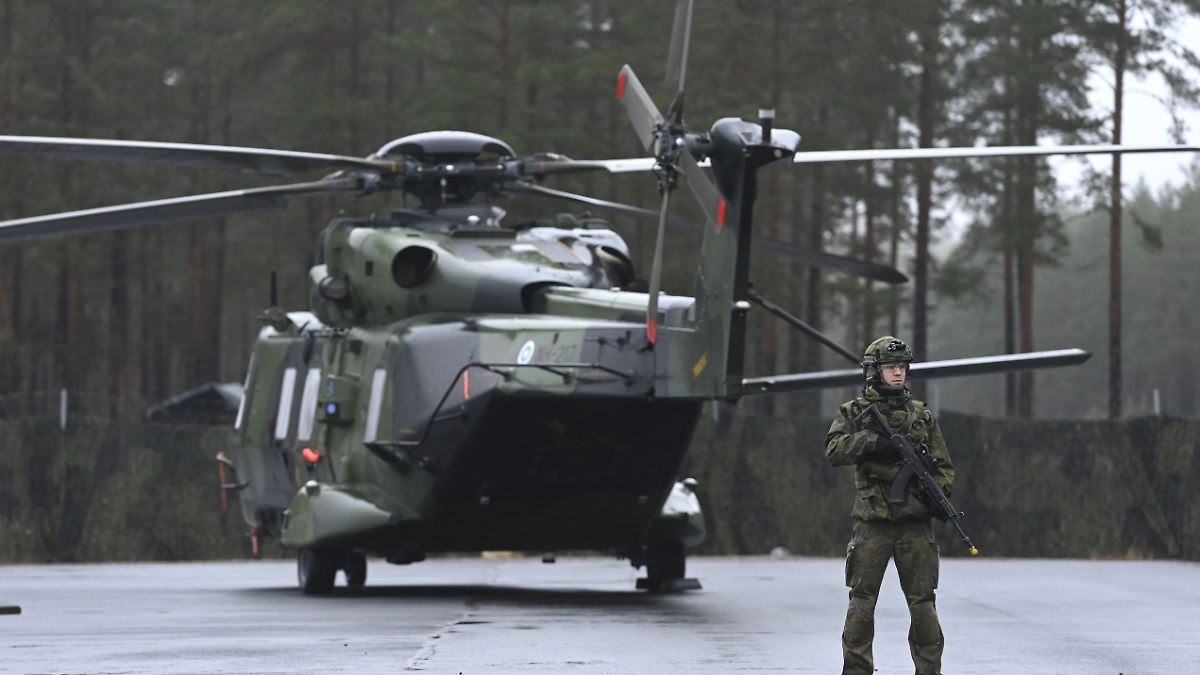 Soon only on one leg?
Finland’s balance between Russia and NATO

In Europe, only Ukraine has a longer border with Russia: the much smaller Finland therefore had to learn to get along with its oversized neighbor. However, the long and relatively stable agreement with Russia is now beginning to falter.

If your own home borders on a powerful neighbor over the entire 1340 kilometers, then you are reluctant to lose it. This awareness has always shaped Finland’s relations with Russia and ultimately prevented the Nordic country from joining NATO. Then Russia attacked Ukraine and triggered a rapid change of opinion among the Finns – and suddenly the EU’s northernmost country is on the verge of applying for NATO membership. Because if an overpowering neighbor suddenly becomes an acute danger, then one has to act.

The Finns know this from their own history: they fought against the Russians twice in the last century, first in the Winter War of 1939, then again with Nazi Germany. With an extraordinary balancing act, the country still managed to get on well with both Russia and the West in the post-war period. A Finnish NATO application, which could possibly come in a few days, would now significantly change this East-West balance. The volatile Finnish-Russian history thus faces a new, conflict-filled chapter.

“It’s a complicated story,” says Henrik Meinander about the Finnish-Russian situation. The historian from the University of Helsinki has written down the history of his country with all its turning points in a book. In it, he describes, among other things, how Finland was able to escape “Sovietization” after World War II, and how Stalin worked to prevent the country from falling into Western and NATO circles.

“Mutilated and wounded, but independent”

Finland has long been part of the Kingdom of Sweden. This empire was attacked by Russia in 1808, after which the Finns fell under the rule of the Russian Empire for more than 100 years. For the Russians, this was important due to the proximity of the southern Finnish border to their metropolis St. Petersburg. As a Russian Grand Duchy, however, Finland managed to remain largely self-governing: Swedish laws, the constitution, and Western religion continued to apply, but the Russians made Helsinki the Finnish capital instead of Turku as before.

During the October Revolution of 1917, Finland declared independence. However, Finnish-Russian relations remained complicated. After a false Finnish provocation at the border town of Mainila, Russia carried out its last military attack on Finland in 1939, but was surprised at how fiercely the Finns fought in the Winter War.

In the Continuation War, the country entered into an ambivalent arms fraternity with Nazi Germany, but then entered into a peace treaty with Moscow, in which it had to cede territories. The Finnish civilian population undoubtedly suffered during the war, but it easily escaped compared to many other countries, writes Meinander. “Finland was maimed and wounded, but remained independent.”

The end of the “Finnishisation” of Finland?

The post-war period in Finland was above all marked by the development of a welfare state and a new cheese policy. A friendship agreement was concluded with the Soviet Union in 1948, which obliged Finland to support its great neighbor in the event of a German attack. At the same time, the Finns established growing trade relations with the West. They thus diligently fine-tuned their profile as a neutral state.

This policy was especially shaped by the longtime President Urho Kekkonen. He stood for continuity and predictability in relation to the Soviet Union. He believed that the better relations with the Soviet Union, the greater the chances of developing Western relations. Kekkonen liked to call this balance between East and West “the Finnish paradox” – critics, on the other hand, spoke disparagingly of a “Finnishisation”.

Although Finland remained militarily non-aligned, it later moved further and further to the west: German reunification was a good reason to terminate the friendship agreement with the Soviet Union. The Nordic country, like neighboring Sweden, has long been a close NATO partner – but has not yet been an official member.

Finland’s history with Russia has many layers, Meinander sums up. The relationship with the great neighbor to the east was more marked by pragmatism than fear, where one goal was always central: “The whole Finnish identity is built on the idea that we want to prevent Finland from becoming part of Russia. It is crucial that that we do not want to become Russian. ”

According to historian Kimmo Rentola, the once good relations between Russia and Finland have slowly deteriorated under Kremlin chief Vladimir Putin. He is one of the leading experts in Finnish-Russian relations and reckons that Finland’s accession to NATO will certainly create tensions, but will ultimately be a consequence of Putin’s own actions.

“In fact, Putin practically decided himself that Finland would join NATO,” Rentola says. Prior to the Russian invasion of Ukraine, a majority of Finns had never spoken out in favor of NATO membership. “On February 24, that changed completely.” The paradox is that Putin would really prevent countries like Finland and Sweden from doing one thing: joining NATO.