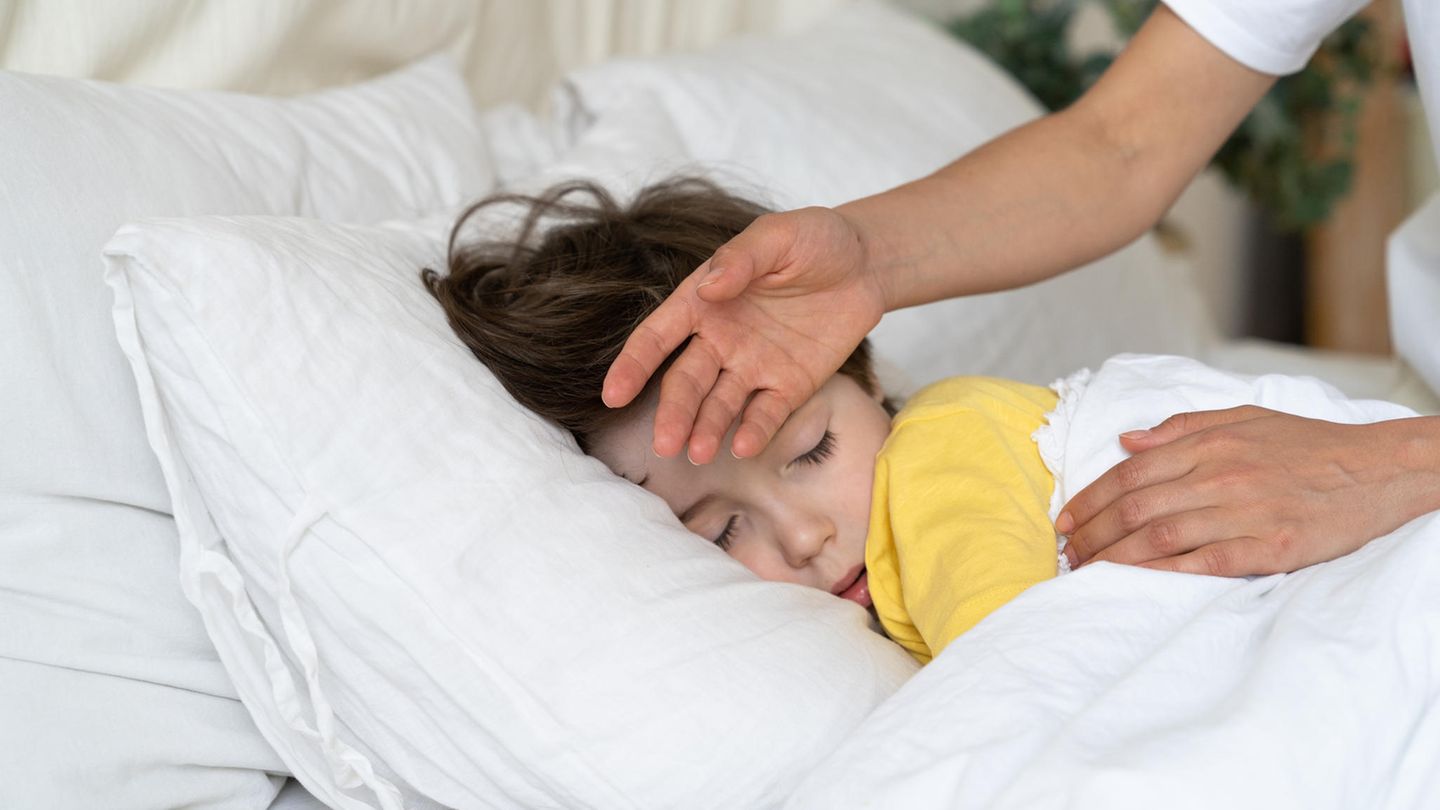 In early April, the United Kingdom notified the World Health Organization (WHO) of more than ten cases of severe acute hepatitis in children under the age of ten without a causal link. The number of sick children is abnormally high – during the month of April, more and more cases occurred worldwide. What is behind the mysterious disease?

On 5 April 2022, ten cases of severe acute hepatitis were reported to the WHO from Scotland. According to the Robert Koch Institute, around seven to eight cases a year are common in Scotland in the age group under ten. Further investigations and an active case search identified more than 100 cases in the UK alone. Cases from around the world have now been reported to the WHO.

The current WHO data from 23 April 2022 show, among other things, 13 infected in Spain, 12 in Israel, six in Denmark, and now cases in Germany have also become known. Meanwhile, the US health authority CDC announced that 109 cases of the mysterious hepatitis disease were reported in the United States. A total of 20 countries worldwide report cases of hepatitis.

The special thing: It is mainly children under the age of ten who are affected. According to the WHO, particularly severe courses occur in children under five years of age. Nearly ten percent of the affected children required a liver transplant due to hepatitis infection. At least four children have died of hepatitis within the past few weeks.

The ongoing studies of blood and stool samples on behalf of RKI aim to provide information on the causative pathogens. The first assumptions from experts point in the direction of the so-called adenoviruses as possible triggers of the disease. There is also speculation about possible links to the corona pandemic and the associated measures.

Adenoviruses are a group of pathogens that cause a variety of diseases, including those of the respiratory tract, gastrointestinal tract or conjunctiva and cornea. Viruses are highly contagious and resistant. The most common are eye infections or diseases with cold-like symptoms. There is no causal treatment for the virus, only the symptoms can be relieved. Infected people should be quarantined to prevent the highly contagious virus from spreading further. In principle, however, the course of the disease is mild.

What is hepatitis and what are the symptoms?

Hepatitis is the medical term for inflammation of the liver, often caused by a viral infection. The previously known viruses are marked with A to E. The degree of difficulty, the course and the transmission depend on the type. The most dangerous among them are hepatitis B, C and D viruses because they can lead to a chronic disease and are responsible for liver cirrhosis and liver cancer in the long term.

However, hepatitis can also manifest itself with vomiting, diarrhea, fever, malaise, joint and muscle pain, changes in the sense of smell and taste, pain in the upper abdomen, loss of appetite and jaundice. RKI and the Standing Committee on Vaccination (Stiko) recommend vaccination in infants against hepatitis B virus. Hepatitis A vaccination is especially recommended for people at risk and travelers.

What does adenovirus have to do with serious hepatitis?

The histological findings indicate a viral development of the disease cases. However, the classic hepatitis pathogens A to E could be ruled out, according to RKI. In most cases, adenovirus (of a particular serotype 41F) had been detected. These infections are usually mild. Most people who become infected with the virus have no complications.

The current leading hypothesis for the pathogenesis of acute severe disease is that a cofactor induces severe infection or immune-mediated liver damage in children with adenovirus infection, which under normal circumstances would be mild. It is not yet clear what the cofactor is. Here, too, there are different hypotheses. It is striking that many of the causes are related to the corona pandemic.

What do acute severe hepatitis diseases have to do with the corona pandemic?

According to RKI, there are currently four hypotheses about the development of hepatitis in children:

The WHO reports double infection in almost 20 of the 200 reported cases. Consequently, the affected patients appear to have been infected with both adenovirus and coronavirus. No connection has yet been established to the corona vaccinations because the affected children were not vaccinated at the time of the disease.

What should parents take care of now?

Tobias Tenenbaum, chief physician for paediatrics and adolescent medicine at Sana Klinikum Lichtenberg, recommends that in the case of infection with the gastrointestinal virus, children’s skin and conjunctiva be observed in particular. If these turn yellow, the urinal becomes darker or the stools become lighter, you should consult a pediatrician. Strict hand and bathroom hygiene can also reduce the risk of infection.

How do experts assess the situation?

According to the RKI, cases of severe hepatitis infections without triggers of the AE virus in children are rare. This means that the reported figures are unusual. The reports cannot yet be clearly assessed. Last week’s attention may also have resulted in more cases being reported than usual. Although the disease is rare, it also occurs spontaneously in Germany from time to time.

The case definition used is not very specific due to the unknown pathogen, which may mean that some of the reported cases may ultimately have a different cause. The clinical centers are not currently talking about an increased incidence of severe hepatitis in children.