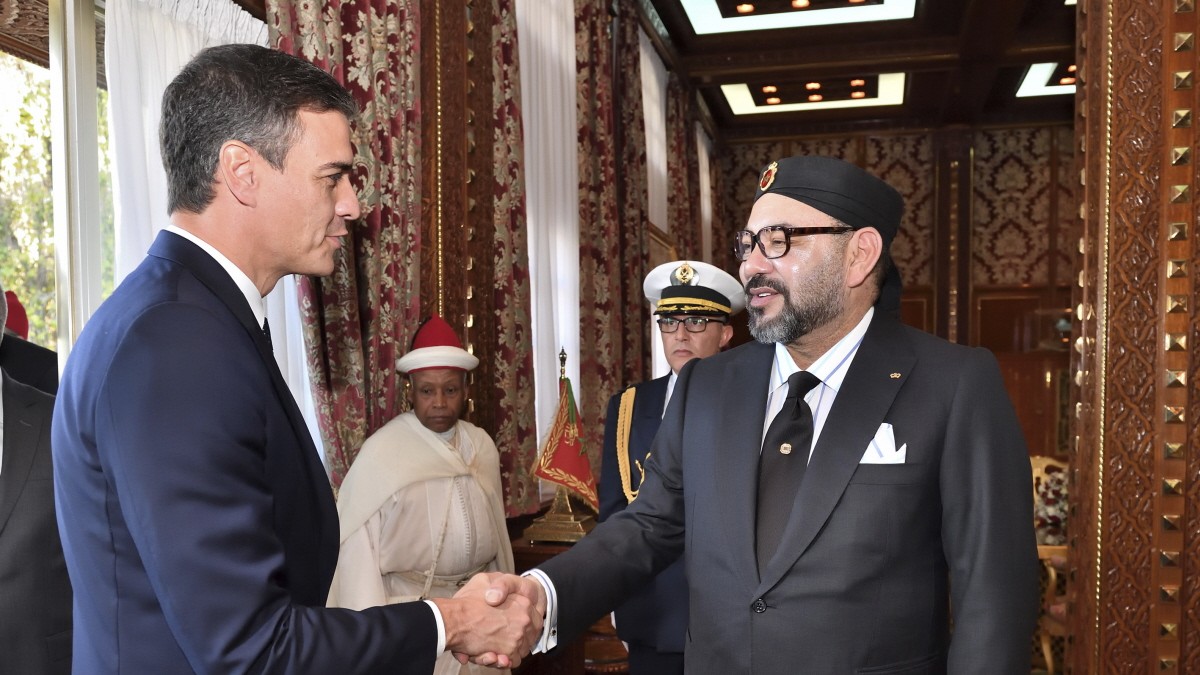 Just over three years ago, Pedro Sánchez sat in his low, upholstered chair in front of Moroccan King Mohammed VI like a schoolboy, his long legs bent at a steep angle, his hands clenched between his knees. It could not have been more comfortable. But necessary. Because Morocco is not only an important partner for Spain, but also for the EU, especially in the field of trade and migration. It is therefore surprising that the visit of the Spanish Prime Minister in November 2018, where the 1.90 meter tall man looked almost a head shorter next to the Moroccan king, was his only official visit to the neighboring country so far.

Spain and Morocco are only 15 kilometers apart on the Strait of Gibraltar, and the Spanish cities of Ceuta and Melilla are actually exclaves on the African continent. But despite this closeness and interdependence, Spain and Morocco are not friends. Relationships have traditionally been difficult, and over the past ten months, tensions have grown into a crisis that is not just diplomatic.

The new images that were expected from Rabat on Thursday night are all the more significant. Sánchez left for his second state visit in the afternoon. King Mohammed VI of Morocco has invited the Socialist, who has been in power in Madrid for almost four years, to “Iftar”, the ceremonial breaking of Lent. It is Ramadan, and Sánchez was to have dinner with the king in the palace after a press conference at. 21, typical Spanish mealtime. Even an overnight stay in Morocco is planned, according to the Spanish government palace. Whether there is still a program for this Friday was open. They were obviously not quite sure how successful the meeting would be.

In any case, it is less about the practical than the symbolic content of the trip. Spanish Foreign Minister José Manuel Albares is accompanying the Prime Minister and is due to meet with his Moroccan counterpart. But no one expects concrete agreements from the new attempt at rapprochement. Instead, both sides want to show goodwill. Spain goes relatively far: Three weeks ago, a letter from Sánchez to the Moroccan royal family suddenly went public, describing the Moroccan demand for a statute of autonomy for the Western Sahara region as the “most serious, realistic and credible” proposal for resolving the conflict. . So far, Spain has always been neutral in relation to Western Sahara, which was once a Spanish colony and has been occupied by Morocco for 47 years.

“These new conditions are based on extortion”

The invitation to dinner is therefore also a big thank you to Sánchez. Rabat feels strengthened by the Spanish face in its own efforts to count the resource-rich Western Sahara as its own territory. Sánchez must now be charged with extortion and backlessness at home in Spain. He only gets support for his change of attitude on the Western Sahara issue from his own party, the Socialists. Everyone else, including his left-wing populist coalition partner Unidas Podemos, is attacking the head of government hard.

“Why does the government defend the right of the Ukrainian people to exist, but not the Sahrawi people?” asked the parliamentary group leader of the Catalan left-wing Republicans, Gabriel Rufián, during the parliamentary debate and immediately gave the answer: Mohammed VI. hold the key to locking Africa’s hunger and despair away from Europe. In fact, restricting migration towards Spain is probably one of the most pressing reasons why Sánchez has now taken this big step towards Morocco. Rabat not only allowed about 10,000 people to cross the border into the Spanish exclave of Ceuta within hours of May last year. In early March, 2,500 people from Morocco attempted to climb the twelve-meter-high border fence near Melilla. And the number of boat people arriving in the Canary Islands has also risen again since the beginning of the year.

Sánchez can therefore successfully claim that since his letter to Mohammed VI. the repatriation flights to Morocco, which have been suspended for several months, are taking place again. For the Spanish human rights activist Helena Maleno from the organization Caminando Fronteras, Spain’s renewed rapprochement with the Moroccan leadership is not a positive signal: “These new relations are based on blackmail and not on mutual respect for human rights.”