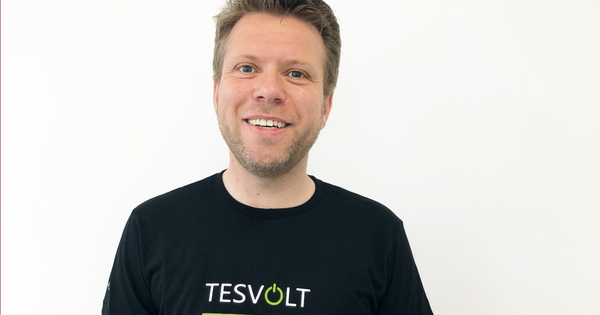 In an interview with Markt & Technik, Christian Löffler, product manager at Tesvolt, explains how Tesvolt managed to save 80 percent of the ICs in the new battery storage systems in the E-series to outwit the shortcoming.

Markt & Technik: Tesvolt claims that it needs 80 percent fewer chips in the new stationary power storage units in the E-series – and thus responds to the chip crisis. How did they save such a large number of chips, and what kind of chips are they?

Christian Loeffler, Tesvolt: The basic problem is that the voltage between the cells in the battery storage needs to be balanced. This is usually done by reducing the voltage to a certain value. Everything above it is ‘burned’ via resistance, ie. converted to heat. We do not “burn” the energy via resistors, but use it to drive a fan. This strikes two flies with one swipe: we do the balancing and use the excess energy to power the fan that cools the battery module.

However, manufacturers try to limit the number of durable components as much as possible to increase the reliability of the systems. Does not that mean the benefit comes at a higher price?

No, because compared to our A-series, we have increased the energy density of the new E-series by almost 40 percent. But that means: a fan for cooling would have been needed anyway. Now we have made a virtue of necessity and can save many ICs which are currently very sparse and expensive in the market. These are the ICs that were needed for the power management of the battery. In addition, no extra heat is generated, on the contrary, the balance current is used to drive the fan for cooling. This has another advantage: If we assume that the fan would have been switched on at a limit temperature of 30 ° C in the conventional concept, it would now switch on at 26 ° C, for example due to the need for balancing. On the other hand, the battery storage system reaches the temperature of 30 ° C much later – and the cooling is virtually useless, because it is generated with excess power that would otherwise have been burned off. So a large part of the power management IC can be omitted.

But before the fan starts, power management is not necessary?

That’s right, but it’s only a small part. I like to compare it to a hybrid car. For city driving, driving via the small electric motor is sufficient. In the case of the battery module, this corresponds to ‘small’ power management operation. The resistors already installed by default in the cells of most batteries are sufficient for this. If the hybrid car, to stick to the analogy, turns on the internal combustion engine when driving over land, it corresponds to the high currents in the battery, which then drives the fan. We also save a lot of space on the card because not so many power management ICs need to be installed on the card.

However, it does not compensate for the space for the fan?

Overall, probably not. But on the circuit board it is clearly felt. But the most important message to customers is: because we have largely managed to free ourselves from our dependence on very sparse and expensive chips, we can manufacture in large quantities. In this way, we enable our customers who use the E-Series battery storage systems – primarily commercial companies – to switch to an independent power supply without major problems despite the current situation.