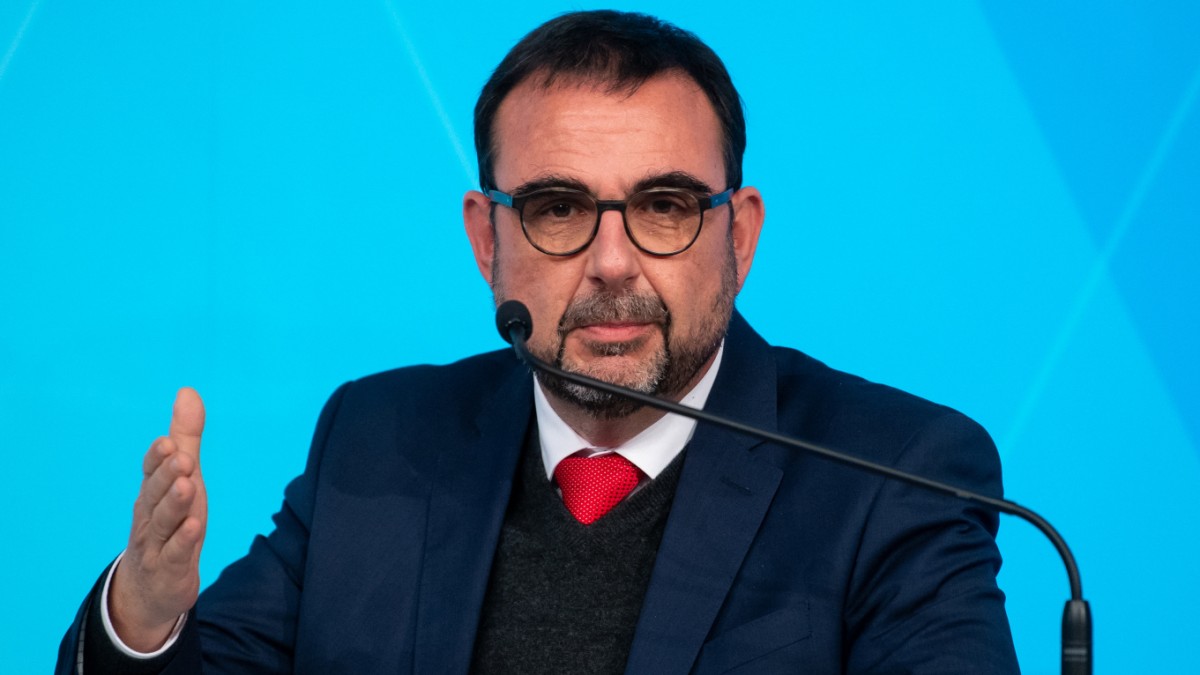 It is 2.30 pm when Klaus Holetschek marches into the foyer of his Ministry of Health on Monday. In this round glass building, it is also the message of his appearance: transparency. There he is, “because of current events,” as Holetschek (CSU) calls the storm of accusations that erupted over the state government over the weekend. Suddenly there was talk of “manipulation”, of “deception”. And now, Monday afternoon? Holetschek first tries to turn down the temperature in the debate. “Ultimately, it’s about a technical issue,” not about deception. And one can like to “argue and discuss” technical issues.

Holetschek tweeted on Sunday that “everything that needs to be said” had been said about the calculation method used to determine the incidence of corona in vaccinated and unvaccinated people in Bavaria. But now he sees a need for an explanation for this question: Why does the State Office for Health and Food Safety (LGL) count all infected people whose vaccination status is unknown as unvaccinated? Holetshek’s joint performance with LGL boss Walter Jonas lasts half an hour. In the end, the message is that “in no way” can there be deception, as Holetschek assures. But also the admission that not everything is going optimally when the state government tries to put this pandemic in reliable numbers.

Before Holetschek appears in front of the journalists, Martin Hagen invites to a press conference at 10 o’clock. The allegation of deception, which he formulated on Twitter over the weekend, came from the FDP’s parliamentary group leader. On Monday, Hagen again uses comparative figures from Schleswig-Holstein, where all cases with unknown vaccination status are reported separately – and the ratio between the incidence of unvaccinated and infected was around 2.5 to one. For Bayern, on the other hand, LGL showed a much clearer relationship on Monday. Therefore, the incidence in unvaccinated (1616.4) was almost 16 times higher than in vaccinated (103.1). Mecklenburg-Western Pomerania, which calculates the same as Bavaria, has a similar ratio. Matthias Fischbach, parliamentary director of the FDP, formulated the suspicion that the state government had “deliberately used these figures for politics”. Group leader Hagen even calls for personal consequences: “Personalities in senior positions who deceive citizens are no longer acceptable.”

Vaccination status is no longer requested due to congestion

intentions of termination? There is no sign of that in the afternoon, neither from Minister Holetschek nor from LGL chief Jonas. The calculation method was chosen because in September it was still known “in 80 to 90 percent of cases” whether an infected person had been vaccinated or not, says Jonas. At that time, the incidence in unvaccinated individuals was 14 times higher than in vaccinated individuals. Over time, however, “health authorities’ reporting behavior has declined markedly.” Means: The offices are now so congested that they can no longer query every vaccination status.

This has apparently led to the status being now in most cases unclear. The LGL chief defends that his authority has nevertheless stuck to its original counting method. Experience has shown that the method was “very close to the actual data”. But he lets self-criticism shine through. “We need to think about whether we can stick to this procedure,” says Jonas, who again points out that LGL has not kept its count secret, but has shown it on the website. However: You have to look very closely to discover the little info button behind which you can find information about the calculation method. Yes, says Jonas, one could also “think of making the reference on the website more manageable”.

However, the decisive factor for political decisions is not the relationship between the incidence of vaccinated and unvaccinated, says Holetschek – and counteracts the accusation that the government has artificially increased the incidence of unvaccinated in order to justify stricter anti-corona measures. What counts for political decisions is, firstly, the total incidence, which is currently 526 in Bavaria, regardless of the calculation method, Holetschek says. And secondly, the coating of the intensive care beds. However, he must acknowledge that the so-called frequency of hospitalization, ie the hospital cases per 100,000 inhabitants within seven days, is “chronically under-registered”.

There are “many, many unvaccinated” in the intensive care units

“A difficult situation,” LGL chief Jonas says of the overburdened health authorities, “a dilemma”, meaning some statistics “generally need to be treated with caution”. The goal can therefore not be “to want to represent the exact reality, it is about trends”. However, the trend, says Holetschek, still does not allow the completely clear in the clinics. In the end, it is not a question of exact numbers, but “a matter of relation”. There are undoubtedly “many, many unvaccinated” in the intensive care units.

FDP faction leader Hagen does not doubt that either. “There is no doubt about it,” he says, vaccination reduces the risk of infection, and there are far fewer serious illnesses or deaths. But it’s bad that the state government has lost credibility with “manipulated numbers”. Prime Minister Markus Söder (CSU), who had recently dealt with the now controversial events more often, was apparently unaware that the counting method now has its weaknesses. LGL and the Ministry of Health are “alone” responsible for counting, his State Chancellor announced on Sunday. But all this is not enough for the FDP. She has made several inquiries to the state government and wants to put the topic on the agenda in the state parliament this Tuesday.