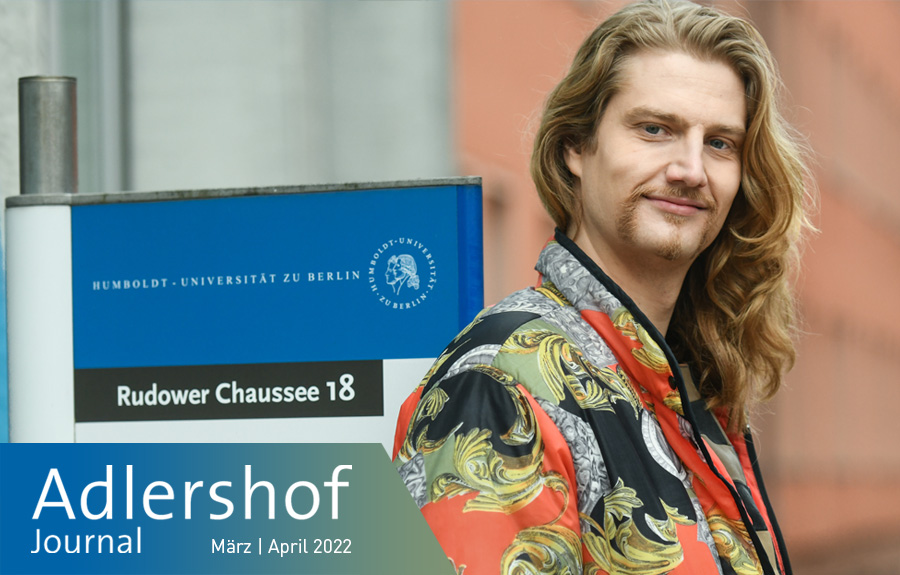 Till Kastendieck is on the trail of emotion © WISTA Management GmbH

Here an eyebrow wrinkles, there a corner of the mouth twists, the wrinkles around the eyes become deeper: more than 40 muscles are involved in forming facial expressions. Emotional researchers combine muscles that are jointly responsible for certain parts of the facial expression into so-called units of action. “To classify a facial expression using facial activity recognition software, we need to look at the configurations of the action units – which parts of the face are moving at the same time and in what way,” explains researcher Till Kastendieck. When he and his colleagues from the Chair of Social and Organizational Psychology at Humboldt University in Berlin analyze a facial expression, they put the units of action in relation to each other and then calculate a kind of score. “So we can say, for example: There was a tendency to have more positive than negative affective activity in the face. But the emotional expression and the underlying feeling do not have to match one to one.”

Under non-pandemic circumstances, the psychologist: the indoor team also examines facial movements that cannot be detected by optical means: the most subtle muscle activities that can only be detected using sensors attached to the head. Like the visible facial movements, these invisible reactions are part of a phenomenon that Adlershof researchers often study: so-called facial expressions. “Most people who look at a face spontaneously and largely unconsciously mimic its emotional expression – a process that often operates on the threshold between the visible and the invisible,” explains Kastendieck. “Together with chair chair Ursula Hess and my colleague Stephan Zillmer, we wanted to investigate whether the other person’s feelings are also recognized and visibly imitated in the experiment, that is, the openly visible facial expressions still work when parts of the observed face are covered. “We also wanted to find out if wearing a mask changes the intensity with which test subjects experience an opponent’s emotional expression.”

A woman with a neutral expression begins to smile slowly and fearfully and eventually radiates all over her face. A supermarket can be seen in the background. A man who is apparently in a park in another scene becomes more and more sad. “The test subjects saw such scenes with a running webcam that they had approved, we recorded it and had the facial activity analyzed automatically by software,” explains Till Kastendieck. “Immediately after the test subjects saw the video sequence, they then stated, among other things, what feeling they recognized in the person in the video and how close they felt to the person.” The results: In the face of humans as a cheerful, mask-wearing counterparts saw less similar movement with joy than those who observed unmasked counterparts. The subjects also experienced the emotions of happy or sad masked people as less intense and did not feel so close to the people shown. “In case of sadness, however, no difference was found in the experiment in terms of facial expressions between sad facial expressions in masked and unmasked persons.”

What does this mean for everyday life? Do the masks limit our ability to share joy and feel close to each other? “These differences become clear in the experiment. However, it is important to emphasize that these basic research results do not necessarily have much to do with everyday life,” says Till Kastendieck. eye expression, posture and gestures. ” If information is missing on one channel, we can usually compensate for it – with the Phone, for example, via the sound of the voice. other person in the “masked conversation.” “For example, if I make a point of not expressing anger, I may be more aware of how I use my voice and what I express with my posture.”

By Nora Lessing for Adlershof Journal