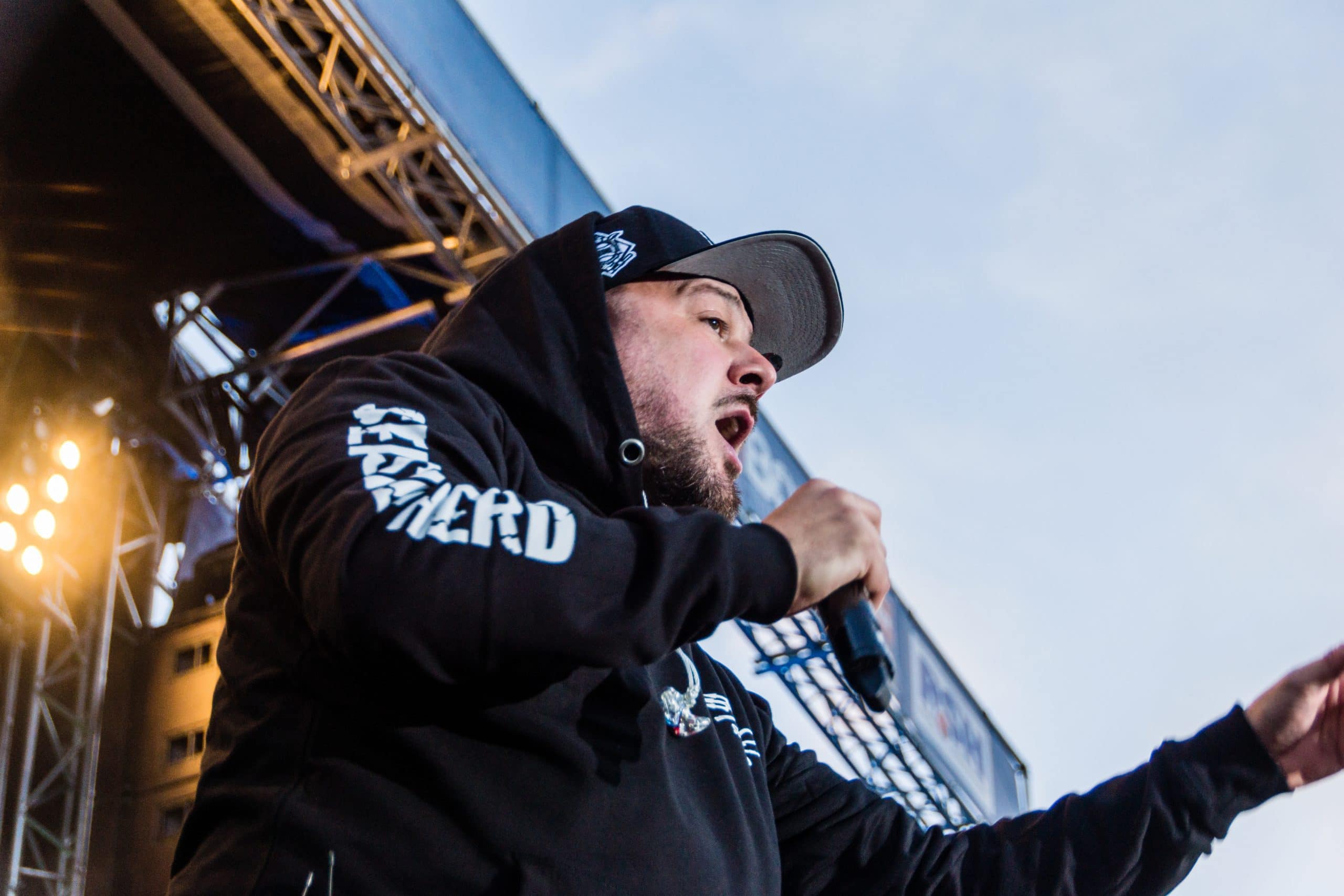 “Rap wants more than SP-12 and S-900 image care, go to the microphone, but I’ll send your homies into the cabinet.” Anyone who was socialized with German rap probably absorbed the cues with their breast milk. In times when the internet was not ubiquitous and tapes had to be exchanged in schoolyards, worried parents confiscated them again and German rap was still being made in every corner with the middle finger outstretched, Kool Savas laid the foundation for German with songs like “King of Rap . ” Twenty years later, the Sturm und Drang phase is over, Savas has long since achieved legendary status, and “King of Rap” has been immortalized in the history of hip-hop music. .

It did not take twenty seconds for the original King of Rap lyrics and with it a piece of hip hop history to turn to ashes. Kool Savas even took his hand on, or rather the lighter, and let the piece of paper go up in smoke, accompanied by a notary. The “physical world” is now poorer by an iconic writing. However, it was breathed new life into the digital – as an NFT that has been at auction on the NFT marketplace NIFTEE for a week since October 14 and today was sold for 30,000 euros. In addition to the non-fungible token of the original manuscript, the new owner will receive: in the ashes of the burned template. Collectibles such as the legendary band “Hoes, Flows, Moneytoes” by Kool Savas and Taktloss, aka Westberlin Masculine, are currently going under the virtual hammer.

But it’s not just hip-hop veterans who get something for their money at NIFTEE. CRO also jumped on the blockchain. The “Unique one of one CRO Mask Collection”, where fans of the “Easy” rapper can grab 3D models of various mask templates, has brought in over 46,000 euros. In addition to the NFTs, buyers received a glass trophy in which a 3D hologram of the respective mask was lasered in. But not only the approach of enclosing “physical” memorabilia with tokens sets NIFTEE apart from the NFT platform landscape.

A unique selling point is also the self-image of a store where only NFTs of hand-picked musicians and the icons of pop culture are sold. While marketplaces like Opensea or Rarible function as regular stores for everything and everyone, the NIFTEE series consists of digital rarities. We found out why from NIFTEE CEO Carmelo Lo Porto.

Exclusivity has been part of the NIFTEE concept from the start: “We clearly do not see ourselves as Ebay or a totally crowded platform, but rather as a store in the NFT area, and it has been our goal from the start to look at pop culture with a loving eye ”. As a result, they want to “have the absolute icons of pop culture on the platform”. NIFTEE has big plans: “We have set ourselves the goal of building Europe’s auction house for exclusive, hand-curated NFT art,” says Lo Porto.

It’s not just empty words: “We would rather have something for a while than offer something we are not convinced of”. The fact that the token display is blank is likely to be the exception in the future. In any case, there is no shortage of potential artists, on the contrary: “We are currently receiving an incredible number of inquiries,” says Lo Porto.

“We do not just want to stay in rap”

The genre spectrum should not be limited to German rap for much longer. Even friends of the harder pace and performing arts may soon be able to enjoy the NFT. “For example, we want to make a complete metal collection with Napalm Records, just to show the range. We also work with comedians and actors ”. Ultimately, the platform should reflect the whole “diversity of pop culture”.

Although the NFT market has undergone a gigantic metamorphosis this year – just think of the pixel piles from the first NFT collections à la CryptoPunks and Kitties – the development is still in its infancy. Even the NIFTEE team cannot predict where the journey will take us. “But what we know: We have opened the door a very small crack to what is possible. And I’m convinced that the people who are now auctioning off the first collections really have digital artifacts that will be legendary in a few years. I’m very excited about the achievement. “

However, Lo Porto is convinced that NFT will become an integral part of Internet culture, especially in virtual worlds: “I think it will become more and more the standard. You’ve seen the development towards Metaverse over the last year, accelerated by the closure. “NFT not only fulfills the purpose of decorative elements. For Lo Porto, the growth of the NFT market is closely linked to the metaverse.” The NFT market allows for the first time to really own these things, secured via blockchain. “So there is no need to worry about the future of the token:” The question is not at all whether this will win in Germany, but the question is actually how it will develop, and what technical options will be used “.

Do you want to buy Cosmos (ATOM)?

This is possible via eToro, among other things. eToro offers investors, from beginners to experts, a comprehensive crypto trading experience on a powerful yet user-friendly platform.