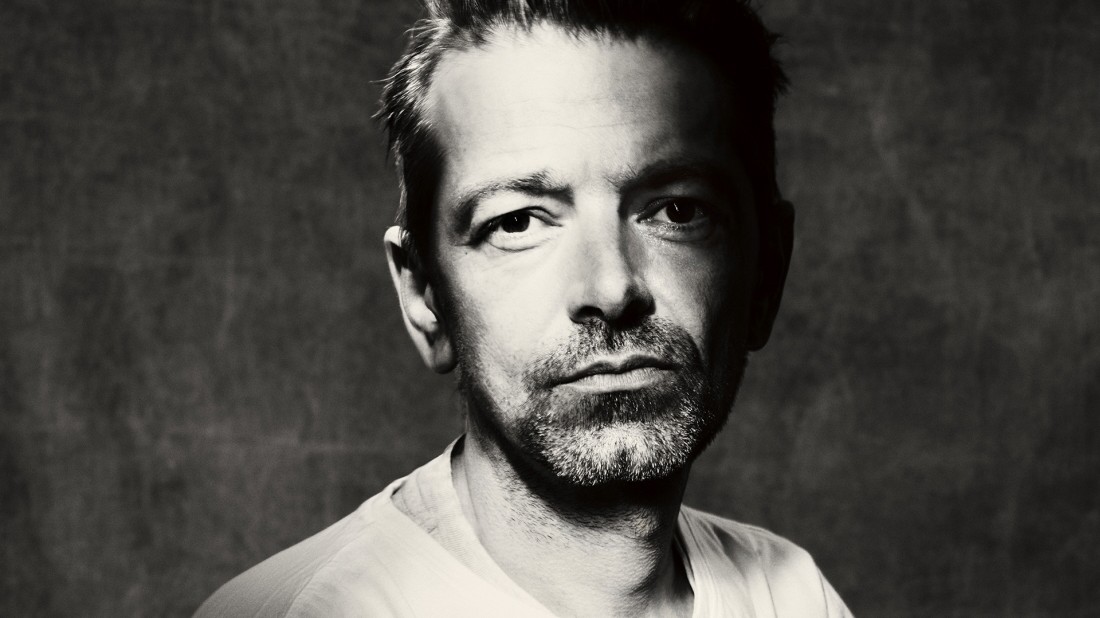 The fashion world has its very own address book. There are the famous shopping streets, Les Champs Élysées in Paris, Bond Street in London, Fifth Avenue in New York. And the flagship stores of the big brands, Chanels Rue Cambon, Versaces Via Gesù in Milan. Rue de Moussy in the Marais district, on the other hand, may not mean anything to everyone, but for “fashion locals” it means a place of pilgrimage, a tourist attraction with extra stars. For this is where Maison Alaïa is located, the house where the legendary Tunisian designer Azzedine Alaïa lived and worked for 30 years. The couturier always followed his own rules and did not present designs when they should be ready, but when he thought they were mature. He showed off his coveted knit and hooded dresses in the internal auditorium with glass roof, the building also housed for a long time the only store. In the large dining kitchen, stylists, models and editors gathered along with personalities like Julian Schnabel, Shakira and Paul McCartney over home cooking. And everyone knew that whoever was invited to Rue de Moussy might not have reached the top, but had reached it to a unique place of fashion.

Alaïa died in November 2017, and what would happen next seemed predictable: The Swiss Richemont group, to which the brand belongs, would respectfully wait a while and then appoint a successor to fully exploit the potential of this lover’s brand, as it is called. And of course, this soup spoon tactic would fail spectacularly.

But then it took a staggering three years before a new creative director was appointed. The Belgian Pieter Mulier was neither the expected cast nor can one say that he would have swept through the holy halls at high pressure since then, so Alaïa would finally become “hip”. “No sneakers, no down jackets, no streetwear – those were my conditions before I signed,” Mulier says. “But those in charge just looked at me in disbelief and assured me that this is about the last thing they intend to do with the brand. So here I am.”

Mulier starred alongside Raf Simons in the film Dior and I

Pieter Mulier is sitting in the studio on the second floor, from the window you can see the roof playground of a kindergarten in the building opposite, a few doors down is a sex shop, on the corner a Monoprix. Just a block long, Rue de Moussy is both busy and delighted. “Until a few years ago, I was so honored that I did not dare go downstairs,” says Mulier, “even though I was in fashion, too.” Which is a nice euphemism for someone with Mulier’s CV. The 42-year-old was Raf Simons ‘right-hand man for 16 years, most recently as “Global Creative Director” at Calvin Klein, before that at Simons’ own label, Jil Sander, Dior. In the documentary “Dior and I”, the man with the prominent depression on the chin can be seen constantly in the background or in intimate conversation with the well-known designer. The two are still seen regularly, Simons of course also came to his friend’s first show in July last year.

“I felt very comfortable on the second row, I don’t need the spotlight,” Mulier says. When Calvin Klein’s contract was terminated at the end of 2018, many of his friends urged that it was really time to start his own career. “I, on the other hand, did not want to go back to fashion at all,” he says. “Not that I’ve had such a bad experience, on the contrary. But I’ve never wanted to work for a company again that I design things for that I no longer know who to actually wear, just to blow up the collection. . ” But then came the call from Alaïa. And how can one say no to such an offer?

Well, actually, a few reasons that would immediately come to mind are not taking this job. Alaïa was perhaps only 1.58 meters tall, but technically he was a giant. He was one of the very few designers who still made his own patterns. Meanwhile, he kept an owl as a companion in the studio because he spent nights perfecting designs. Then they clung so perfectly to the female body that women tooted with joy when they put them on. Therefore, all the supermodels already went in the 80s for the then little known designer: They did not want money, they wanted these tight, modeling dresses. Alaïa was therefore called “The King of Cling”. The myth weighs at least a hundred pounds.

This study ticks fundamentally differently than all the others

Mulier’s approach is therefore: maximum respect. “I’m just the caretaker here,” he says jokingly. Its first presentation was, of course, on Rue de Moussy, but out on the street it was meant to be casual. In each place there was a personal letter, not addressed to the public, but to the founder, whom he wrote he had met but never got to know. “Dear Azzedine … I have so many questions that are so much to imagine.” Above all, he thanked him for being able to give this legendary house a future. “I was welcomed here as if I were part of a family,” Mulier says. The longtime staff showed and told him everything, with the artist Christoph von Weyhe – Alaïa’s longtime partner still living in the house – he met regularly in the yard for a vodka. “Then we started with the first collection, and if I was not happy with a design, I said, ‘let’s just leave it for the next collection.’ Pieter Mulier is now making big eyes. “I’ve never heard anything like this in my entire career. Otherwise, it’s always: It does not matter, it must be in production quickly!”

But aside from material romance: Of course, Mulier needs to make a difference here, too. In the mid-90s, in the teen comedy “Clueless”, Cher Horowitz at least knew that Alaïa was “a kind of super important designer”, which is why she refused to lie on the dirty floor of the expensive dress during a robbery. But today’s young generation has no idea who or what Alaïa is. In this regard, it was wise of Mulier not to rely on the typical wide belts and short carved skirts in his first two collections, but rather to devote himself to the early Alaïa years, the “sexy years” https: //www.sueddeutsche. de / style /. “We live in a world right now that is about the body, especially for boys. My sister has four children, and I must admit: I’m somewhat shocked. When I was 16, I was not dressed like that. “Says Mulier. So he showed mainly long, very tight silhouettes, lots of knitwear, lots of leather, sometimes even jeans. It should look sexy and sensual at the same time, but never vulgar. Only then will it become modern.

One of the best sellers is a silk crepe design available as a dress and jumpsuit. Fairly transparent, but with opaque curved panels where necessary. After it was worn by model Hailey Bieber, 250 buyers have been on the waiting list since then, even though the price is around 2,000 euros. Actress Zendaya chose a knit skirt with a cropped bolero from the “new Alaïa”, singer Adele a coat with a lion pattern, Rihanna a bright red cloak that resembles Alaïa’s muse Grace Jones. “We’ve always sold the brand well,” said Tiffany Hsu, Mytheresa’s lead buyer. “But the new collection has once again expanded the customer base. No matter what age – every woman looks amazing in it.” Azzedine Alaïa’s fit hugs and highlights the female body at the same time, says Hsu. Mulier continues this line because he is equally fascinated by sculptural cuts.

Like Raf Simons, Pieter Mulier never studied fashion but architecture in Brussels. Simons sat on the jury that was to judge his thesis, then took him aside: “I do not think you are an architect. You are a fashion designer.” “Of course I contradicted him fiercely,” Mulier says with a laugh. But a week later he visited him in Antwerp, shortly after he started working for him, a year later he became his right hand man. In the beginning, he just ordered buttons and wore patterns back and forth. Then he started with accessories, eventually with women’s fashion. “Everything I know, I have learned from working with Raf.” What he admires most about this one is that he is not afraid of anything. “Absolutely nothing,” Mulier repeats.

Raf Simons at Prada, Glenn Martens at Y / Project and Diesel, Demna Gvasalia, who studied in Antwerp, at Balenciaga, brand new Matthieu Blazy at Bottega Veneta and of course Mulier – the Belgians are currently more strongly represented than they have been for a long time. time. They are considered special characters who work uncompromisingly and above all extremely conceptually. The industry has an urgent need for fashion that extends beyond beautiful clothing in these times. Incidentally, it is no coincidence that Mulier was seen backstage at the recent premiere of Blazy for Bottega Veneta: The two have been married for more than ten years. Every Friday they drive from Paris or Milan to their home in Antwerp. “Walking the dog, cooking, meeting friends and family – that’s all we do on the weekends,” says Mulier. Blazy also worked for a long time on the second row of various labels, and they now form both the fashion’s new “power couple”. “However, there are no posts coming from me in the gym,” Mulier says. He wants to keep standing in the shadow of Maison as much as possible.

Next, he wants to change the show concept, more presentation than show. The second store in Paris was recently redesigned and expanded to include a café. All in all, Maison Alaïa should be a little more open and accessible. And the traditional food on Rue de Moussy? Pieter Mulier shakes his head resolutely. “Everyone always asks me about it, but it’s Azzedine and Christoph’s kitchen, not mine,” he says. In fact, he was there only twice, now he even avoids it. “I do not want to occupy this place for myself, I would rather find my own space.” It is also a matter of respect.