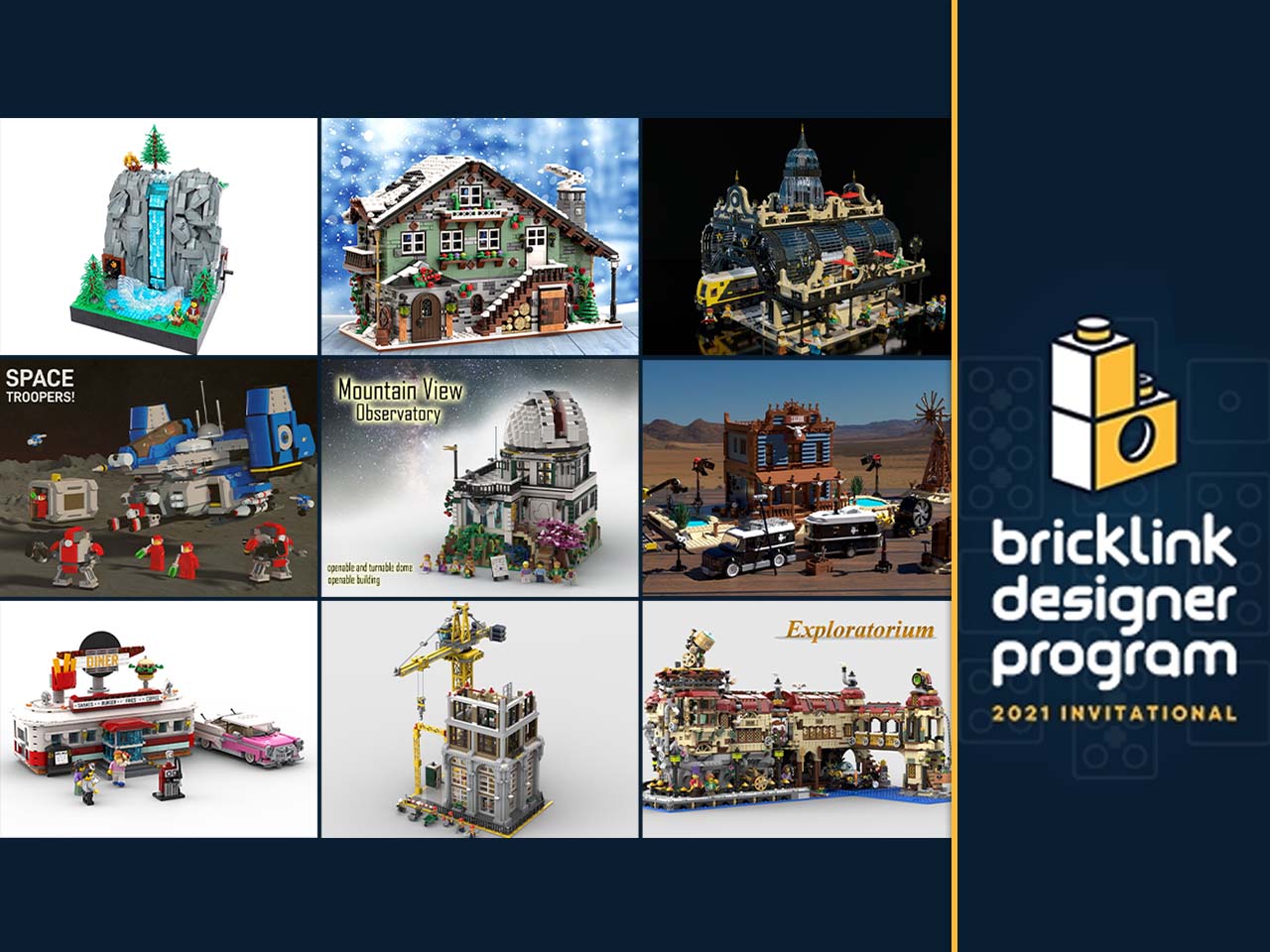 There’s a new sign of life from the BrickLink Designer Program! The European awards for the nine models have been announced, so the third and final crowdfunding round can start soon.

It’s been a while since the last news about BDP 2021. The second round of crowdfunding ended in December 2021, and the first sets from round 1 reached buyers shortly before Christmas. Since then, BrickLink has only said that round 3 should start sometime in 2022. The new year is not quite as fresh anymore, but now there is a first sign of life that things are continuing.

Prizes for the 3rd round of BDP

On the BrickLink Designer Program page, Euro prices have been added for all nine sets, so we now know what the Round 3 models will cost:

We also adjusted the number of pieces across all BDP sets and discovered a few surprises along the way. For example, the Mountain View Observatory now has over 1000 more pieces (from 2600 to 3889). On the other hand, almost 1000 fewer (from 4249 to 3371) have been installed in the current draft of the Modular Construction Site.

Pictures of the 3rd round

Here you can click through the current images of the nine sets starting in the 3rd round of the BrickLink Designer Program. As always, the images are only “snapshots”, which can change slightly up to production. So far, only 910021 Brickwest Studios are up Production ready and the other sets are still open test building.

We do not know when the crowdfunding for the 3rd round will start, but since the prices are now known, it can not go much further. As with previous BDP rounds produced only a maximum of five of these nine sets and only those first pre-ordered 3000 times. The construction instructions for the other models must then be sold at some point. So far, however, no instructions have been issued for the other two rounds.

BDP rounds in a comparison of numbers

We compared the numbers from the 3rd BDP round with the two previous rounds because we had a feeling that the current round is significantly more expensive. And in fact, the sets are by far the most expensive, but also the ones with the most parts. The price per share has risen slightly on average, but not as much as it may seem. To 7.41 cents per. part, BrickLink Designer Program Sets are still pretty cheap.

What exactly is BDP?

A few months have passed since the last round of BrickLink Designer Program 2021, maybe you do not know the details of BDP anymore, or you have only been there this year.

In short, get it from the BrickLink Designer program LEGO Ideas designs a new chance, which reached 10,000 votes, but which was not implemented as a set. These will be revised for the BDP and can be found in one of the three rounds. The crowdfunding works in the way that all fans who want one of the sets pre-order it. that five sets to be the first to reach 3000 pre-orders, then produced by LEGO in small numbers and then sent out to fans a few months later. If the set of your choice is not manufactured, you do not have to pay anything and the money will not be confiscated.

For all the details and history of how this program came about, see our BrickLink Designer program guide. There you will also find information about the previous rounds and all BDP sets. If you are interested in what such a BDP set and box looks like, we have a boxing of the Castle in the Forest for you.