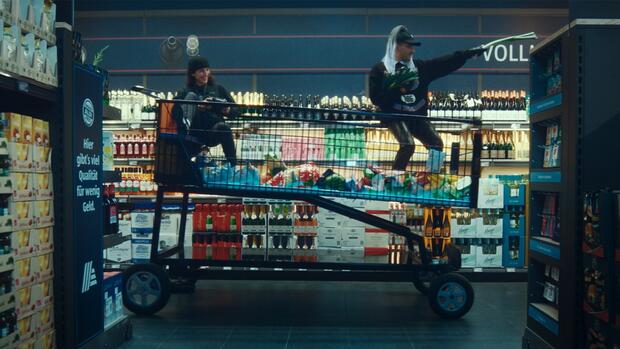 Cologne That was pretty bad news, as the US payment service PayPal recently pointed out. In late 2021, the California financial services provider abolished the digital Moneypool collection box. In January, there were several reports of cyber scammers wanting to get their account data from PayPal users, and the German Consumer Association also reported a sharp increase in consumer complaints for 2021.

The online marketplace Ebay turned away as a once loyal partner – and on top of that, the Paypal share also fell to a low of 12 months earlier in the month. If PayPal was a buddy, he could use a few words of encouragement.

For example, this: Consumer confidence in Germany has apparently not been shaken by all the injustice. On the contrary. In the brand ranking for the best price-performance ratio, no other brand was able to improve as much as PayPal within a year. It is the result of a consumer survey conducted by the opinion research institute Yougov.

The overall winner in the rankings was the discount store Aldi in front of the pharmacy chain dm. Lidl, another discounter, takes third place. Paypal reached the seventh place in the overall ranking.

PayPal’s good performance goes hand in hand with the boom in online shopping during the pandemic. “Consumers have reduced their reservations about payment services and have noticed that this form of payment is not a digital barrier,” said Yougov Research Director Felix Leiendecker. With Klarna, another digital payment service could move up to second place in the rankings of the strongest climbers.

Looking at the absolute values, Paypal and Klarna are ahead of the top-ranked bank ING in the overall ranking. The classic money houses generally have to contend with the digital competition. “In the same way that online banks have steadily improved their value for money over the last ten years, branch banks are declining,” says Leiendecker. He sees the reason in consumers’ price awareness, which is critical of the fees that traditional banks charge.

Branch banks could score with advice, for example with major financing issues. “But most consumers rarely ask for them.”

The steep rise in fintechs, which also includes Paypal and Klarna, is still unusual for Leiendecker. “Consumers base their assessment of value for money over many years,” he says. “Only drastic events such as the diesel scandal at Volkswagen can change this significantly in a short time.” As a new influencing factor, the corona crisis has apparently led to a rethink among many consumers in Germany.

A recent study by the management consulting firm Roland Berger on trends in consumer behavior also points in this direction. A key result: Above all, value for money has become more important in the eyes of consumers during the pandemic. In 2020, 58 percent of respondents said this criterion would become more important for consumption after the Covid 19 crisis, and the following year it was 68 percent.

No other aspect was mentioned more often. Quality and price follow in second and third place. The quality criterion increased from 45 percent to 56 percent, while the importance of price stagnated. “Exclusivity and shopping experience are the key factors that lure consumers back to the stores,” says Roland Berger partner Thorsten de Boer.

Supermarkets are setting the trends

Similar trends can also be felt in the food retail trade: Quality is becoming more important to customers. This creates difficulties for low cost airlines, their market share has been declining for years in favor of supermarkets. In 2019, the share of discounters measured by sales volume was 44.9 percent, in the pandemic year 2020 it fell by 1.1 points to 43.8 percent.

“During the pandemic, when restaurants were closed, consumer awareness of food quality increased,” said Michael Gerling, executive director of the Research and Education Institute for Retail EHI in Cologne. In addition: “Due to the lower risk of infection, customers have primarily visited stores that carry all items for daily use.”

However, this development could hardly shake customers’ assessments of the price-performance ratio among discount companies. For many years, discount stores have been at the forefront of customer favor with Yougov. “Brands like Aldi and Lidl live by an image that has been built up over decades,” says EHI expert Gerling. Aldi Süd recently launched a campaign on the topic on the social media platform Tiktok with “Elevator Boys” to reach a younger audience.

Gerling expects discount stores to increase quality in order to grow again. “We’ve seen a table tennis game for years,” says Gerling. “Supermarkets are expanding their service, for example with baking stations or shelves for regional products. The discounts then follow up with similar offers, after which the supermarkets in turn try to establish the old quality difference with further innovations. ”

At the moment, however, the discount stores are struggling to keep up. Among other things, EHI sees the increased introduction of so-called self-service boxes in supermarkets as a criterion for differentiation. According to an EHI survey, around every second customer in Germany is open to the new self-checkout systems. “Many discount retailers do not have the space to set up additional terminals,” says Gerling.