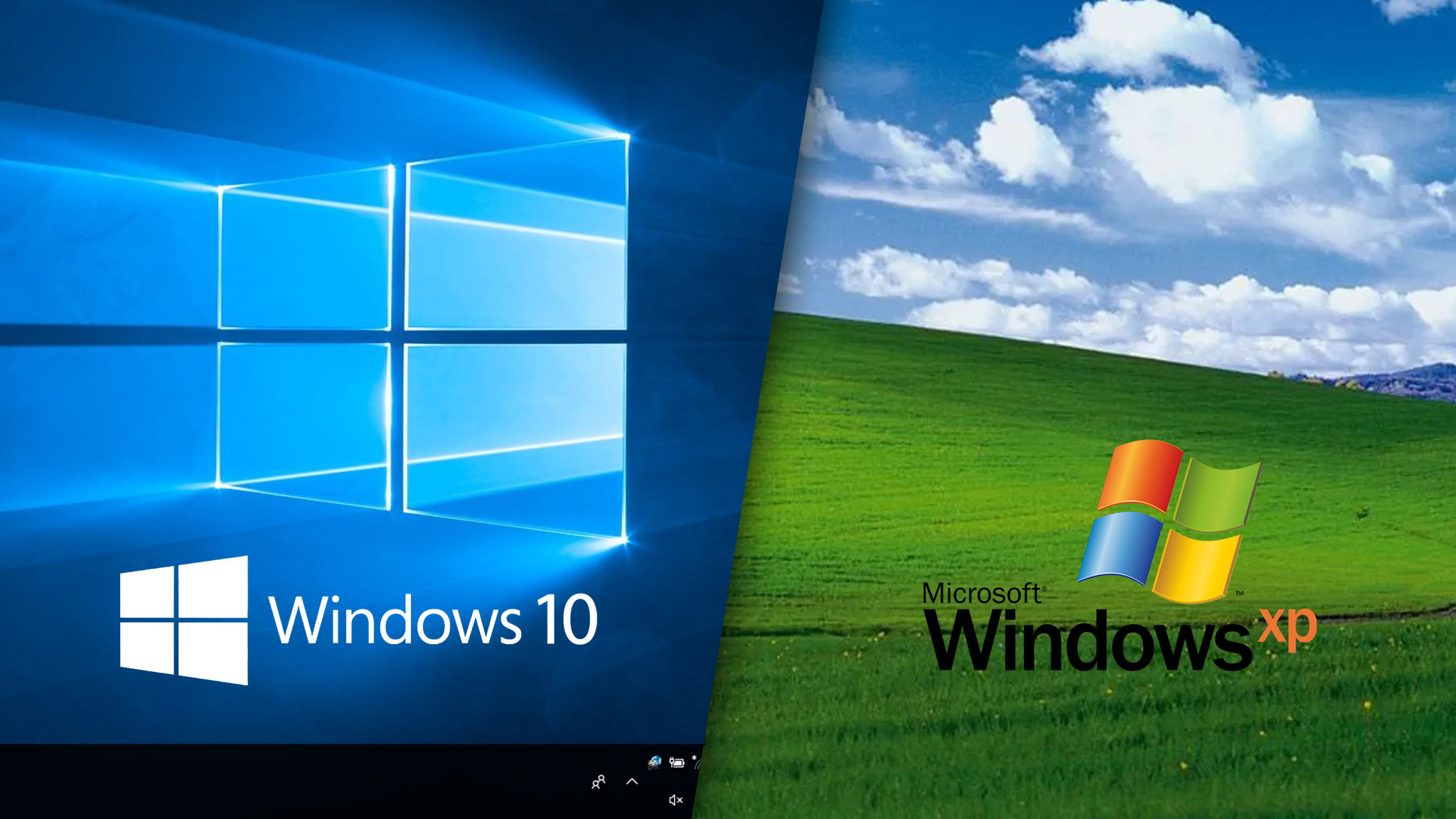 You may be one of the experienced PC hands who knows Windows XP from personal experience. It was released in 2001 and, like Windows 2000 and Windows 10/11, belongs to the Windows NT line. XP has not received any updates since 2014. The support lasted longer than the usual ten years. In fact, the update provision ended even later: in 2019, because there was the “Windows Embedded POSReady 2009” system based on Windows XP Professional Service Pack 3. It is designed for checkout systems and terminals. Microsoft used to do this until later than regular Windows XP; if you modified a normal XP with a registry hack, you could receive updates for POSReady (which was not tested for it, but bypassed the update end). Given that updates have been off for a long time, you have certainly banished XP from your everyday life, but you may have never used it either.

In both cases, you like the design from a nostalgic point of view: it was called Luna, in the XP settings you could choose between three colors for the window title bars (blue = standard, alternatively olive green and silver). By the way, it has nothing to do with Lumia – a smartphone series with Windows Phone that has been discontinued. In addition to Luna, the green start button, which is no longer labeled “Start” on all subsequent OSes, was characteristic of XP. An exception to this is in some circumstances Windows 8.1, which even displays two start buttons (!). You can find more information about this in the article “Windows 8.1: Start Button Integrated Twice”. If you call up the tile interface in Windows 8.1 and then move the mouse cursor to the top left or bottom left, you will see the inscription “Start” temporarily on the start button. In Windows XP, on the other hand, it was permanently present.

Take the design of Windows XP with you blinds into modern times: Download the paid program here as a free 30-day trial. It imposes on your OS the appearance of XP. Thus, installing the system, which no longer works automatically due to the lack of SATA drivers in XP ISOs / CDs and would open up security holes, is unnecessary. Also with the design style for Windows Vista, Windows 8 and other operating systems, the Stardocks application will enchant you. There are free themes available on the Internet, some of which are subject to a fee that integrates additional visual adjustments into the WindowBlinds interface.

After downloading and installing WindowBlinds, launch the program. To start using the trial version, register with the manufacturer free of charge: To do this, select the “Start 30-day trial” button, enter your e-mail address in the program and confirm with the “Continue” button. Now go to your mail inbox and open a new message from “Stardock Support Services”. There, click the “Activate 30-Day Trial” confirmation button. This can also be done on a PC other than the one on which you installed the software. After clicking the link, it reports “Thank you! Your trial has been activated”. Click “Finish” to close the window and complete the activation.

In the program interface you can see thumbnails of different design styles. Double-click on one of the thumbnails to activate this look for Windows. Before doing so, move the mouse cursor over the previews: Then a name will appear for each. For example, you learn that the fourth design is called “Diamond”; it’s reminiscent of Windows Vista. One of the choices near the bottom is called “Captain” and is macOS style. Unlike Apple’s operating system, the minimize, maximize, and close windows icons do not appear at the top left, but at the top right, just like Windows. The last two surface adhesions are called “Win8” and “Win8 Metro”. They differ in their start button, which is sometimes light and sometimes dark; moreover, the title bar icons for minimization, maximization, and closing are fundamentally different. In addition, the navigation arrows at the top left of Windows Explorer have been redesigned. The best way to get a glimpse of file management is to use Windows-E after each activation of a design. 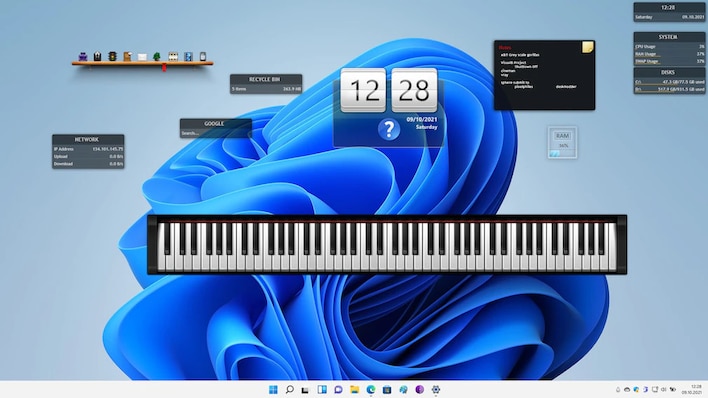 Beautify Windows 10 and 11: The best downloads

The designs have “understils”: These are subdesigns that you activate in a drop-down menu. This allows you to change your desired style in shades per. preset and achieve your subjective visual optimum. The “Edit style” link is located near the sub-styles: Clicking on it will add an area to the window where you can manipulate color tiles and sliders. This is reminiscent of the “Customize” dialog that can be called up in Windows Vista / 7 by right-clicking on the desktop, where users can fine-tune what was so (well and intuitively) in Windows 8 (.1) / 10/11 is no longer possible. Under Modify Style you will find the “Colors” tabs (you work there by default), “Transparency”, “Textures” and “Fonts”. With “Apply style to the desktop” you apply the interventions made here.

WindowBlinds does not have an XP design on board – at least not one right beyond the sub-styles that deserve the name. Then upgrade one: Click “Visit Wincustomize.com to download more styles” in the lower left corner of the interface. The web browser opens. On the website shown, there are free designs, but also those for around 9.99 US dollars (around 9 euros). Type “XP” in the search box at the top right and confirm with Enter. From the search results, click on the one that shows “XP Teletubbies Meadow”. After clicking on this “experience” link, follow the green “Download” button and you will receive a ZIP file. Extract at least eXperience_Release.wba from the included files, for example on the desktop. Double-click the WBA file. It is now available in WindowBlinds. There, double-click on the added theme with the XP Start button and the blue XP taskbar as a thumbnail.

And voilà: the taskbar, start button, title bar and title bar icons in the top right corner of windows look antique. The navigation arrows in Explorer also look like those in XP – except that they are not selected (since Windows Vista there is no setting option to display the icons with or without text; with XP as an alternative to the factory text + icon display that was a pure Symbol display can activated).

If you want, you can use the key combination Ctrl-F1 to turn on the tapes that were introduced with Windows 8 and are still available under Windows 10, which are also set aside. This results in a symbiosis of Windows XP style and a touch of Windows 8 (.1) / 10 DNA. Positive: If you open and close windows, there is still an animation. XP did not have such a feast for the eyes in the sleeve. You’ve had a better time here since Windows Vista – and Windows 10 has gotten better: The latter system even animated window maximization for the first time. It also does not torpedo the XP theme, so Windows can be operated smoothly. 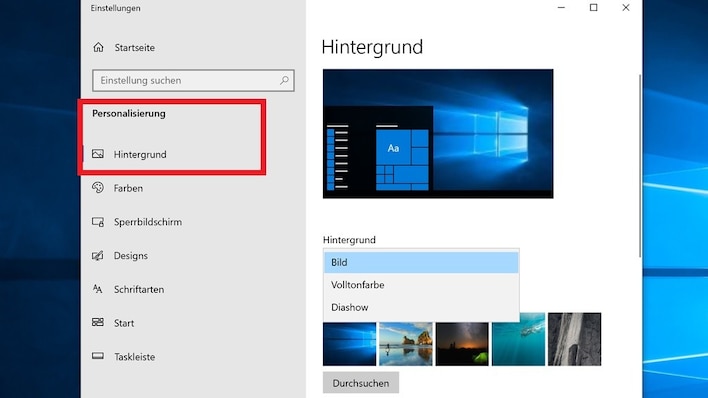 How to make the latest Windows chic

WindowBlinds does not work – what to do?

It sometimes happens that WindowBlinds causes display errors in windows: then your Windows 10 is too new or the styling software is outdated. In that case, you should check for and install an update from Stardocks. Everything went well in the test and the program did not cause any noticeable loss of speed or stability. But in a test a few months ago with an older WindowBlinds version and now obsolete Windows 10 20H2 (October 2020 update), some windows appeared to be optically damaged due to the use of the application. As a solution, it helped maximize them.

By the way: At winxp4life.tk you will find tips on how to give different systems the look of XP. Above you select the starting point: by clicking on one of the logos – how to indicate whether Windows 7, Windows 8, Windows 10 or “linux inside” is installed. The modding recommendations that appear as a result are an alternative to WindowBlinds. Another option for fans of XP’s design fields is to download the “RetroBar” laptop: The system tool is based on the “.NET Core” runtime environment, which may need to be installed later. During runtime, RetroBar replaces the Windows taskbar with one in the form of either XP or even older.

Under Windows 10, this gives a nostalgic ride, while under Windows 11 it even represents a productivity boost to some degree: Unlike Windows XP / Vista, Windows 11 no longer displays labels for the taskbar entries for programs that have been started. With Windows 7 through Windows 10, texts can be optionally activated. If you have the feeling that you can only work well on the computer with this type of system, you get the basics of this operating system function back with Retrobar under Windows 11. The title bars are omitted by the optical modification, the modding is exclusively taskbar centered.