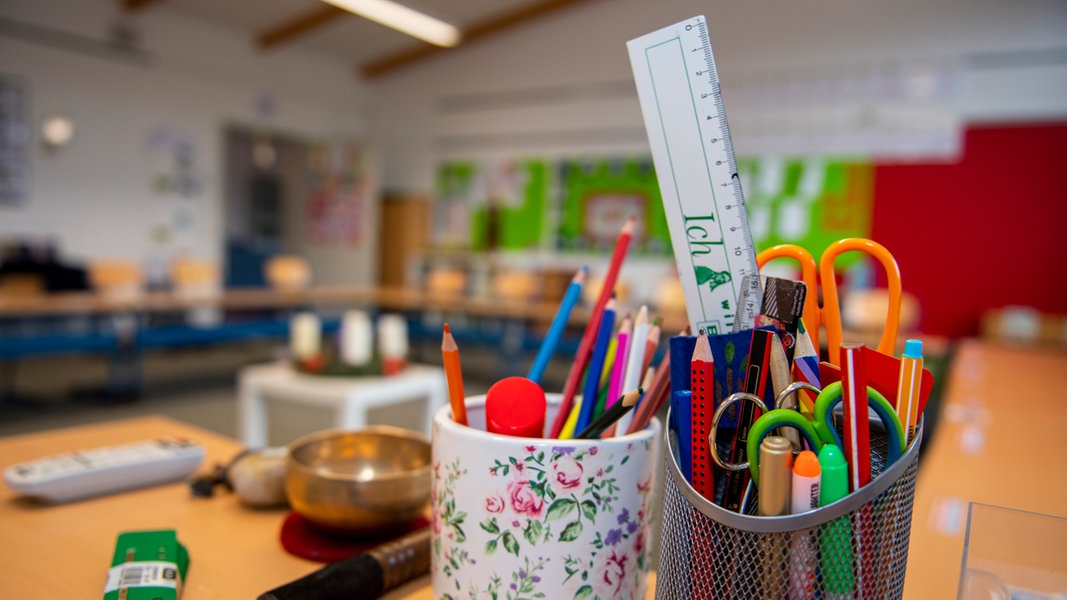 There are now almost 400,000 Ukrainians living in Germany who fled the war in their country. There are mostly women with their children and old people. One of them is Anna Mykhailiuk. The 40-year-old came to Hamburg via Berlin with his three daughters and now lives in Stelle.

She is a language teacher and speaks German as well as Japanese and English. As soon as she arrived here, she started giving German lessons to Ukrainian children at Winsen High School. This week she gets an employment contract and can now officially make money.

Anna Mykhailiuk: Must start over

“Here I have to start everything from scratch – and I’m 40. I have worked for 20 years. And I had authority, respect, social status there. I had the money and everything there. We had a really good life,” says Anna Mykhailiuk . That life ended abruptly in late February.

Just three days after the outbreak of war, Mykhailiuk decides to leave his hometown of Vischgorod near Kiev with his three daughters. “On February 24, we heard these explosions and we sat in my husband’s garage all day. And then we decided to leave Kiev. We did not see much. I did not see dead people nor my children,” she says.

Due to the endless queues at the Polish border, Anna Mykhailiuk finally travels to Germany via Hungary, Slovenia and then Poland. Now she has finally found a place in a vacant house with a friend and her child. She wants to do something, organize studies, school and day care for her three daughters – and then start teaching Ukrainian children of all ages in German at the High School in Winsen. But only teaching, completely normal? It’s hard because the kids all have their own story about their escape and what happened before.

“I’ve met everyone now and I’m trying to give these kids a soul massage. I was trying to talk,” Mykhailiuk says. “They have different stories, but they do not want to tell it. They are closed now. We have a girl from Bucha. She looks so cute, so beautiful. I asked her about the house, about her parents and she could say nothing.”

Children from Ukraine: Lessons as a distraction

This speechlessness is widespread, especially among Ukrainian refugee children. The German class distracts her – it does not regret the sometimes traumatic experiences. “They do not understand that they are traumatized. They say: ‘We are okay. We are here with mothers – but without fathers’. It is not normal. They say:’ We are okay, here we have ‘no bombs’.” “but it’s not normal. We still have to look at it. The situation in high school looks normal – but we do not know what will be in six months, in a year.”

Anna Mykhailiuk carefully tries to keep an open ear for these children and observes them closely. And all this despite the fact that she herself worries a lot and takes care of her daughters, the youngest of whom is barely two years old. “My husband is in Ukraine – it’s the hardest. And my mother is in Kherson, it’s an ‘occupied territory’. These things are the hardest for me,” she says.

Anna Mykhailiuk is without a doubt a strong personality. The small, pale woman tries to think positively and works hard. And yet one can feel her suffering, her grief, her worries behind the smiling facade every moment of the conversation. At the moment, she does not know if she will ever return to her homeland. Now she is building a new life for herself and her children here – and is there for the Ukrainian school children. “Every morning I’m so strong. But every night when everyone’s sleeping here, we sit and I know I and everyone else in the house is crying.”