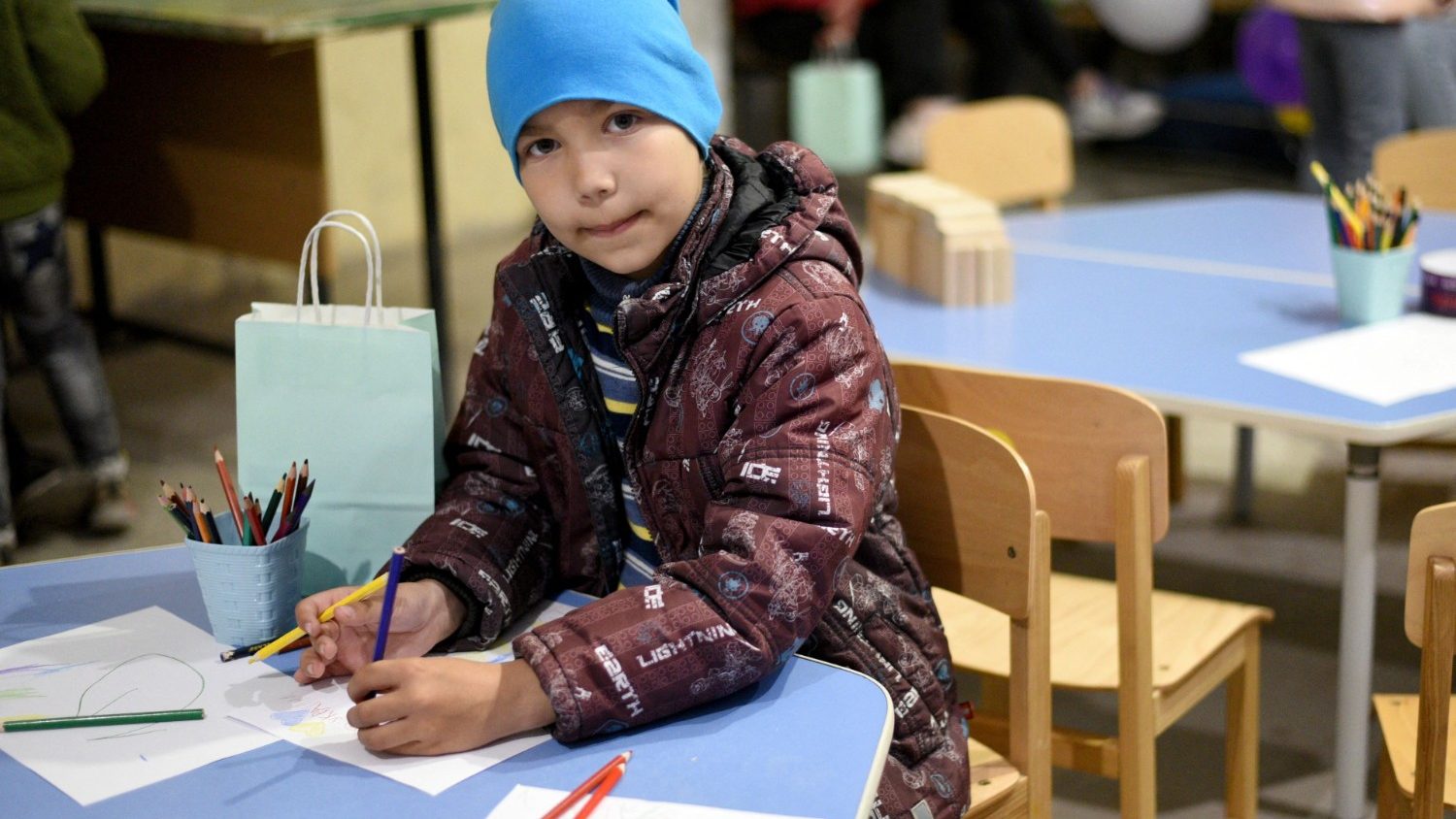 The war in Ukraine poses massive threats to children. The UNICEF’s regional adviser to the UNICEF, Aaron Greenberg, speaks of a “huge-scale child protection crisis”.

As of Tuesday morning, only a group of 100 refugees from Mariupol had reached the central Ukrainian city of Zaporizhia. Russian soldiers want to prevent evacuation …

He told the press in Geneva on Friday. “Two months of war in Ukraine have resulted in 7.7 million people being internally displaced and more than 5.5 million people crossing international borders, including almost two thirds of all children in Ukraine. Hundreds of children were killed and many more Nearly 200 attacks on health facilities have been reported and schools remain targeted. “

While the Ukrainian government and humanitarian partners are making an effort to protect the most vulnerable children, Greenberg said the need is enormous. “Before the war, Ukraine had the highest number of institutionalized children in Europe – over 90,000 lived in homes, orphanages, boarding schools and other care facilities. Almost half of them are children with disabilities. The impact of the war on these children is particularly devastating. “

“The war has affected the psychosocial well-being of all children”

Tens of thousands of children living in institutions or with foster parents returned to their families when the war began, many of them busy. Many, especially children with disabilities, do not receive the care and protection they need, according to UNICEF’s regional adviser.

“The war has had an impact on all children’s psychosocial well-being. The children were torn from their homes, separated from their caregivers and exposed directly to the war. The children were shaken by the explosions of the bombs and the sound of sirens from the missile warning system. Almost all children are confronted with the absence of their fathers, older brothers or uncles, as almost all men between the ages of 18 and 60 have been mobilized for combat. The most important thing is that many children have seen or experienced physical and sexual violence. ”

Many children are also “resilient”, Greenberg said. Unicef’s decades of experience working with children affected by armed conflict have clearly shown, “that many affected children recover when they return to school, stay in touch with their families and loved ones, and experience a bit of normalcy in return. to their lives “.

However, some of them need more intensive psychological treatment. “And a small but not insignificant number of sufferers will show symptoms of post-traumatic stress disorder, usually 2-4 months after the experience. This group will need intensive support from a group of dedicated professionals. “

Workers in Ukraine – social workers, child psychologists and other professionals – are also affected by this conflict, Greenberg said. “And the country needs them now – perhaps more than ever. It is more important than ever to maintain the workforce and get them to stay and work. ”

Since February 24, Greenberg said that Unicef ​​and its partners have reached out to more than 140,000 children and their mental health and mental health care providers, most of them in the form of face-to-face meetings between children and the educated. psychologists. More than 34,000 children have benefited from specialized services that take care of them through case management and referral to support services, thanks to the work of mobile teams of social workers, child psychologists, nurses and lawyers.