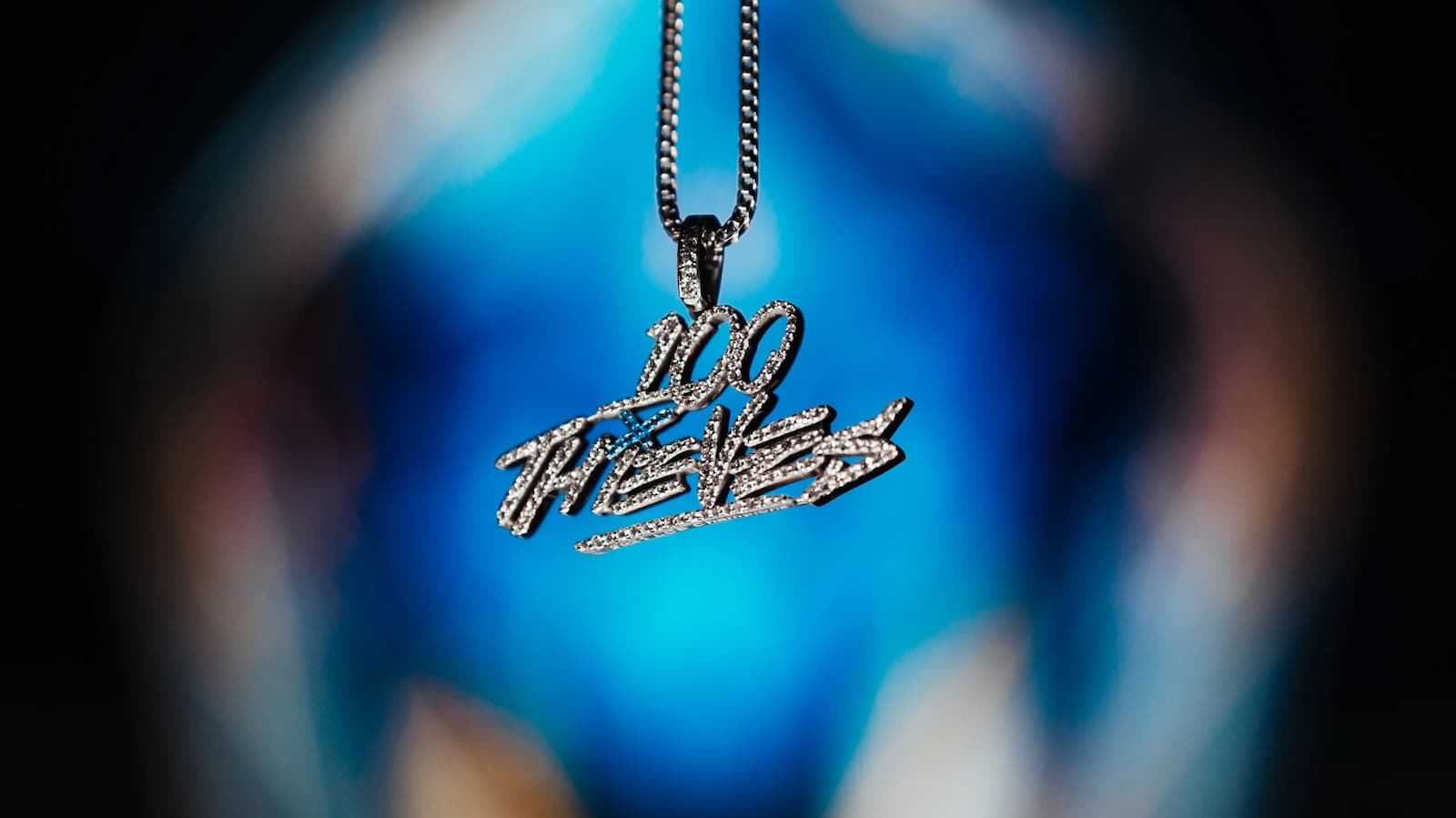 The e-sports team 100 Thieves joins the new craze for NFTs and issues an NFT. 100 Thieves pursues an extremely unusual strategy. Among other things, NFT is completely free.

100 Thieves is an e-sports organization that currently provides teams in the games Valorant, Fortnite, League of Legends and Call of Duty. Former Call of Duty player Nadeshot founded the organization in 2016.

The team that competed in the League of Legends game won the LCS Championship title on August 29, 2021, thus qualifying for the World Cup, where the team, with significantly less success, was eliminated already in the group game.

To celebrate the success of LCS, founder Nadeshot came up with something very special. The players and coaches who led the team to success were all equipped with the so-called diamond necklace.

A blue diamond in the central motif of the necklace gives it its name. A gift should also be given to the loyal fans. Since NFTs are now on everyone’s lips, the decision to offer the gift as an NFT was probably not difficult.

In this case, the advantages outweigh the disadvantages. Viewers have easy access to the digital collectible from anywhere in the world. NFT shows the diamond necklace over an information board in 3D.

While the front of the plaque is for decoration only, the back explains the details of the gift.

A special diamond-plated chain presented to the winning team in the 2021 Championship. Special blue diamonds sit on top of the 100 Thieves logo to represent the colors of the trophy.

So far, this collectible item is not unique. If you take a closer look at the details of NFT, you will notice big differences to well-known campaigns. NFT has long been big business. Some NFT awards even break the art industry records.

Therefore, many artists and investors try their luck with digital art and want to make a lot of money. On the one hand, they sometimes give the NFTs high embossing prices and, on the other hand, charge developer fees on resale.

100 Thieves, on the other hand, follows a completely different strategy. There is no advertising campaign. NFT is not even named as such. No hot terms are used from the stage that can significantly increase attention.

• 100% free to claim (we cover all transaction fees).
• Not intended for resale. We make no money on that.
• Same CO2 impact as sending 2 emails.
• Available now until our first LCS match on Saturday.

Instead, the organization had other thoughts. Viewers should receive the gift completely free, and blockchain should not require very much energy.

To do this, use 100 Thieves Polygon blockchain, a layer 2 solution for Ethereum. This is also not mentioned in the tweet and only becomes clear when you visit the website. NFT can currently still be picked up there without any problems.

Thanks again for the overwhelming support. pic.twitter.com/Pidw4zIMCG

Meanwhile, Nadeshot announced that there are already over 300,000 owners of NFT. More updated information can be found on the OpenSea marketplace. There are currently over 385,000 owners on the list.

The championship chain has been giving away since February 2nd and is available until February 5th. The opportunity only ends with the next game of the 100 thieves in LCS.

Since embossing is free, each user can theoretically claim an unlimited number of NFTs. Meanwhile, OpenSea is being flooded with fake offers. Instead of buying the NFT in the traditional way, users download the NFT and then offer it for sale. False offers can be recognized by the fact that they are not part of the official collection.

To get an official issue, simply go to the 100 Thieves website and connect a web wallet there. In a few moments, the NFT will then be extracted.

Only on the website do 100 Thieves explain that it is an NFT. Elsewhere, this information is apparently deliberately hidden. Developer fees do not exist. 100 Thieves does not recommend selling NFT. He was not meant to be.

NFT deals on OpenSea are currently starting at two US dollars.