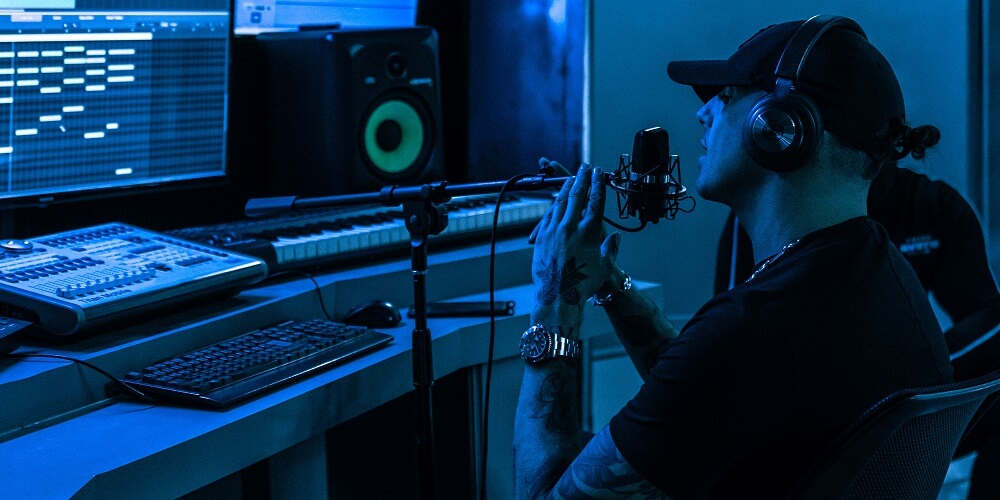 With the well-known rapper RAF Camora, a German music artist now also opens up for exclusive access to his work – via the possibility of non-fungible tokens (NFTs). With an NFT drop, the rapper would like to let his fans participate in the success of the current album “Zukunft”.

Comparable projects have already been implemented in recent times by artists such as Snoop Dogg or Eminem. RAF Camora is by no means inferior to the rap industry’s major. In this article, we explain how the NFT project is intended and how interested parties can participate.

NFTs in the music scene

One of the most famous crypto enthusiasts from the rap scene is definitely Snoop Dogg. He is one of many artists who have been investing in cryptocurrencies for a while. The artist now offers Snoop Dogge Coins as NFTs via the Crypto.com platform. He himself owns NFTs and is planning further projects.

“Bored Apes Project” has probably gotten the biggest hype in this area so far. The NFTs were sold for little money in the beginning and sold for just under $ 3 million at their highest. Artists like Eminem but also Justin Bieber could afford these NFTs.

The possession also provides exclusive access to a metaverse where the stars meet, but in the end, “normal fans” can also participate. Assuming you own one of the “bored monkeys”.

NFTs as a point of contact between artist and fan

The basic idea of ​​many projects often comes close to the blockchain idea. Equal participation and the random distribution of works of art certainly reflect the (decentralized) idea of ​​justice in blockchain projects.

In addition to musicians, professional sports clubs in particular have recognized the added value that the NFT area can have in contact with fans. The non-replaceable (fan) objects represent a special proximity to the artist / athlete / VIP and in many cases also allow exclusive participation in the artist’s “world”.

Owners of such NFTs often have the opportunity to attend special meetings, exclusive talks or the like. Through such NFTs, fans can get to know their favorite artists better and get in touch with them.

RAF Camora’s idea is as follows: The album “Zukunft” was able to throw itself to the tops of the charts in a very short time. In the DACH region, the artist ended up as number 1 on the album charts with the record. After a few months, the album even reached gold status.

RAF Camora would like to share this gold status with its fans. This is where his enthusiasm for blockchain comes into play – more precisely the idea of ​​NFTs. A separate song will be dedicated to the project. “My Planet” will be released on April 22, 2022.

The NFT project in detail

There will be 5555 unique items available for fans and investors. Part of the package is: The official future gold plate in a digital version including a certificate of authenticity – as it hangs in the studio at RAF Camora – as well as the digital gold plate artwork in 5555 versions in different rarity levels, download for the song “Mein Planet”, a physical gold plate with numbering. The plaque acts as a certificate of authenticity and gives buyers access to special treats, meet & greets and closed communities where the RAF Camora will live even closer to its fans.

The embossing price per NFT will be 155 euros.

The following benefits are associated with the NFTs. A distinction is made between original, rare and legendary NFTs (allocation is random).

RAF Camora itself sees enormous opportunities in the blockchain and crypto area alongside its NFT project. He himself is invested in crypto and has a stable portfolio. It’s less about a fascination and more about the fact that cryptocurrencies and thus blockchain are part of the future, and you can not escape the future.

The attentive reader recognizes that there are almost endless possibilities in the field of cryptocurrency. But recent times have also brought black sheep to light, especially in the NFT area. However, RAF Camora’s NFT project does not appear to fall into the carpet pull category. The proximity to the fans, especially through the mentioned benefits, makes sense. The entrance fee does not seem too high.

It is currently not possible to answer what heights the described NFTs may increase. Such projects are not suitable and probably not intended as investments with the greatest possible return. Rather, the added value for real fans is the focus here. Also for the artist, the focus is on this added value and not on creating an economic source of income.