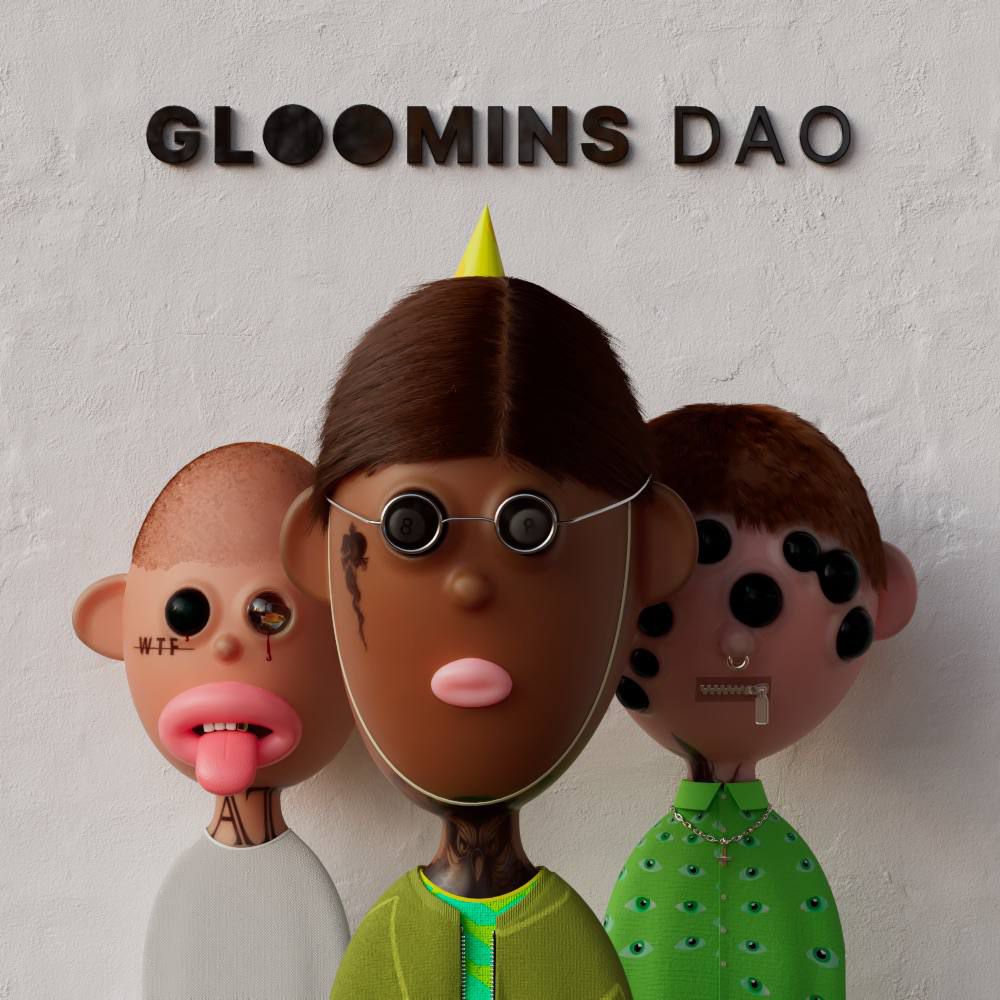 Especially the good projects have the courage to go public in times of bad market. That’s why today we present you Gloomins, the 3D full body avatars for Metaverse.

“We have some offers planned for our NFT project, I will not tell you too much.”

Call of Crypto, whose real name is David, gave us an insight into the NFT project Gloomins last week. He gave almost too much away. In this article, we can explain to you what makes Gloomins so special.

A good project stands and falls with the team’s expertise. David and his partner Gheist are certainly not lacking. David has been in the crypto field for over 8 years now. He was just about to take the Bitcoin train with him, as he tells us:

“I looked at Satoshi Nakamoto’s White Paper back in 2013/14. At that time I could not understand everything, but I knew that this technology could change the world. I did not dare to invest because I thought Europe was not ready for such a thing. You also read a lot about criminal activities in the media. “

After finally taking a year off from his original job, he found his old love Bitcoin again.

Since then, he has been an active member of the crypto scene, more precisely in the NFT area. When domain names made it big as NFTs a few years ago, he knew: I have to jump on the bandwagon. He now owns over 80 domains and the number is growing. David especially likes the ownership structure of Web 3.0. The buyer of the domain always remains the owner and not an intermediary again – as in Web 2.0. Domain names are familiar to users above all from ENS or Unstoppable Domains, where domains like: callof.crypto or David.eth can be purchased.

His partner, Gheist, can also look back on many years of experience in the 3D graphics sector. After just a few laps, the two had the first appropriate drafts ready. This is largely due to Gheist’s 3D experience, says David.

Gloomins are gloomy beings who have forgotten the meaning of joy. So you have to find them again. Does it remind you of anything? A little tip: there was once a pandemic. This regained joy should later also be evident in Gloomins. As in real life, the cigarette in the mouth may be longer or shorter, or the head of an avatar may simply explode.

Community is a priority at Gloomins, so once 50 percent of NFTs have been extracted, the team plans to create a community wallet. This wallet will be managed as a DAO in the future.

“Donating to charity is a matter that is close to our hearts. That is why we chose Kids in Need as the first step. After this, it is up to society to decide where, for example, donations should go. Society also makes other decisions. One of them will be which metavers to integrate first. “

Although the website only officially went online last week, the project is already very advanced. The evolution of the complete 3D body has already been tested in a first test phase, Gloomins is actually already ready for the meta-verse. First and foremost, though, is the community. This is David’s highest priority. He believes that many projects have failed in the bear market because they just wanted to make money. Community has never been important to these projects.

One thing should be foreseen: The team has planned a lot of specials for the community. Everything is possible: Airdrops, extra NFTs, Web 3 features, variable designs and much more. However, David does not want to explicitly commit to a metaverse:

“The community will decide which Metaverse or Play we should start with. Once DAO is formed, such decisions are no longer ours. Of course we have to lay some crucial foundations in the beginning, but once the community is in, the decisions are theirs to make.”

The coming rules leave David more or less cold. He believes that regulation cannot harm innovation as such, as long as it is not overly excessive.

“A regulation that would be equivalent to a complete ban on NFTs or crypto would, of course, affect all projects. Otherwise, NFT users do not care whether to verify their wallet or not – they believe in the technology. If they want to buy an NFT, they do the same with Know Your Customer procedures. ”

It is doubtful for him what data the EU wants to collect from the NFT owners in the future. It just does not make sense to have to declare every NFT that a user gets air dropped.

“Imagine holding an Adidas NFT and getting air-dropped Adidas shoes. Should I tax it as income? I hope not.”

We will continue to follow Gloomin’s development. If you want to know how an NFT startup is evolving, look forward to the next article on Gloomins. There we report on the progress made so far. Until then, you can stalk the project here or on Twitter @gloomins.