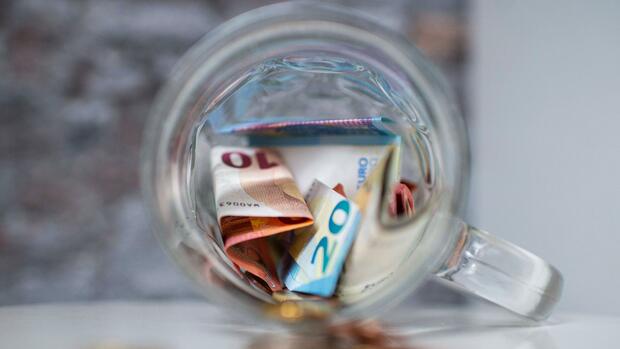 Berlin Marcel Fratzscher is noticeably annoyed, directly annoyed. “The relationship between us Germans and money is marked by fear, shame and guilt,” complains the economist. And he adds: In this country, rescue is being heroized and celebrated as a virtuous act. Going into debt, on the other hand, would be turned into something insignificant. Both are above all a sober balancing act of the present and the future. Much more: Both belong together, without credit no savings.

Throughout his book, it becomes clear: Fratzscher does not regard the Germans’ misleading attitude towards savings as a sweet little quirk, but rather a tangible problem that blocks the way to an economically dynamic future.

“Money or Life” is the name of the new, fourth book by the economist who heads the German Institute for Economic Research (DIW) in Berlin. It’s a pleasantly provocative statement, edgy and clear. One can agree with Fratzscher or work through his theses – no matter what, the reader will have fun. It is very possible that you will switch to your camp after reading it.

Fratzscher criticizes that savings in Germany have become more and more politicized over the last few centuries. The caricature of the Swabian housewife – whom he condemns as sexist – was mistakenly chosen as the model.

Never indulge in anything, always be on the safe side – and only buy something once you have saved the money for it? Not with Fratzscher! If savings are celebrated as much as a value in themselves, you lose sight of the essentials: namely whether you save sensibly – that is, with a good mix of risk and return. But that is far too rare the subject for the Germans, Fratzscher says. There are hardly any people who leave so much money in their accounts slanting pointlessly. 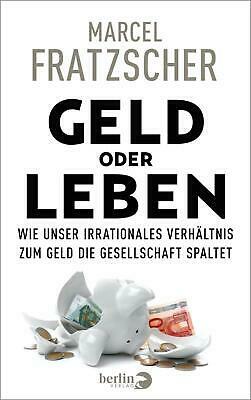 The whole thing is also becoming a political problem, Fratzscher believes – in Germany, the private aversion to debt is, after all, transferred one-to-one to the state. The German debt brake would make clear how shortened the outlook is: it is only interested in the amount of debt, but not in where the state invests its money. It’s like an analyst looking only at the liabilities side of a company’s balance sheet, but not at the assets side.

No, Fratzscher does not consider government debt in itself unproblematic. On the contrary: he sharply criticizes German fiscal policy over the past few years. Despite a growing debt ratio, the state’s net assets have fallen by half a trillion euros in this millennium, he claims, citing the ailing infrastructure as the main problem.

This also makes it clear what size he wants to focus on – namely the difference between the state’s assets and liabilities. With the latter, he will also see the obligations that the state assumes to citizens – for example, in the form of pension promises. He calls for government investment in the areas that promise high returns – because they prepare the country for the future: climate protection, digitalisation, education.

Fratzscher’s book could be read as a showdown with the conservative mainstream economists. On the other hand, Fratzscher’s views would probably be mainstream in many other countries. Just not in Germany, where the discourse is always a bit special. In this regard, Fratzscher brings some international flair to the debate with his book.

No right to positive interest

What also irritates Fratzscher is the Germans’ constant grumbling about low interest rates and central bank policy. For him, it is clear that it was not the central banks that lowered interest rates, but that they could not act differently – given the macroeconomic climate.

Because people have accumulated a true stream of savings, but at the same time so little is being invested, the price of money has fallen. “Interest rates are ultimately the result of a market mechanism of demand and supply,” Fratzscher writes. A right to positive interest rates would not exist in a market economy.

For Fratzscher, the inequality between wealth and income is also partly to blame for the low interest rates: the wealthy would save a particularly large amount in this way. And if the wealthy in a country are particularly wealthy, the savings in the country are also particularly high. For Fratzscher, the road to a prosperous future also leads through tax and social reforms – with heavier taxation of assets and inheritance and a more balanced pension system.

Now, five weeks after the start of the war in Ukraine, it feels strange to read a book that does not mention the war – that’s how profound this event is. On the other hand, the economic debates that began before the war have not suddenly become insignificant. Fratzscher’s book will remain relevant.

More: Money-Kondo Method: Beginners can clean up their finances with these five tips.