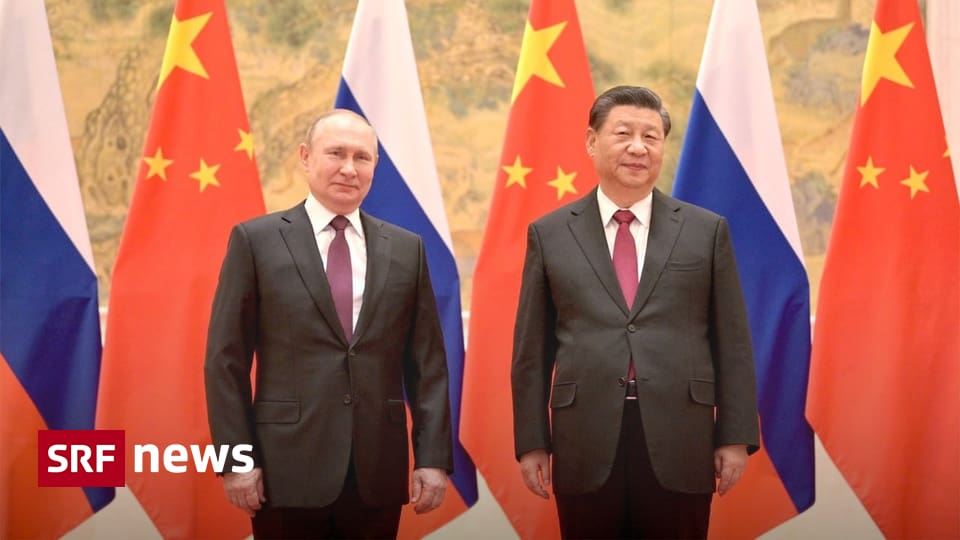 Reasonable marriage or true love? Xi and Putin have much in common, but they are fighting the common enemy in a fundamentally different way.

Yun Sun sees China-Russia relations as a partnership. “They have the same enemy and share the same security threat. That’s the basis of their common adaptation,” said the director of the China program at the Stimson Center, an independent American think tank.

The common enemy is the West, especially the United States. In addition, there is the personal relationship between Vladimir Putin and Xi Jinping, which seems to go beyond just a convenient partnership. Because Xi admires Russian culture, according to Yun Sun.

She calls it the “Russia complex”, which is quite common among people of his generation: “When Xi was born in the early 1950s, the Soviet model in China was seen as superior – economically, politically and ideologically.”

I call it the Russia complex, which is quite common among people in the Xi generation.

But there are also parallels in the political systems of the two countries, as Chinese political scientist Wu Qiang explains in Beijing: “Both are united by an authoritarian system full of skepticism of democratic societies, even rejecting them.” In domestic politics, both governments have opposed democratization processes and want to prevent society from challenging their power.

Both are united by an authoritarian system full of skepticism towards democratic societies and even reject them.

Different strategy in the fight against the West

The goals are also similar internationally. Both states want to establish their authoritarian values ​​and no longer submit to the universal values ​​of the West.

According to Yun Sun, however, Beijing and Moscow proceed in fundamentally different ways: “Both want to change the international order and are revisionists. China wants to achieve this more with gradual reforms, while Russia shows a much stronger will to destroy this order. “

Because China has benefited greatly from this international order thanks to stability and free trade. “China’s accession to the World Trade Organization made the Chinese economic miracle possible in the first place. Noughtie’s double-digit growth rates were made possible by China’s integration into the world economy, not its exclusion. There are many things that China wants to keep, “said Yun Sun.

Russia prefers instability, from which it derives its strength and advantages.

This is how Beijing uses the aggression of the Russians

But Russia’s destructive power could also benefit China, the political scientist believes. For example, to distract the United States, whose support for Taiwan is already a thorn in the side of the Chinese government: “The use of force is not China’s strength because it does not have the strongest military. The traditional Chinese martial art is to ‘win without a fight’. “

The use of force is not China’s strength, as it does not have the strongest military. The traditional Chinese martial art is to ‘win without a fight’.

And so the Chinese leadership neither criticizes nor supports the Russian attack on Ukraine. State and party media blame NATO and the United States for the conflict. Beijing pursues what she calls a “neutral course” and sticks to it, even as international pressure increases. This leaves the Chinese government with some degree of flexibility. Or as Yun Sun puts it: “In the end, China is always on China’s side.”