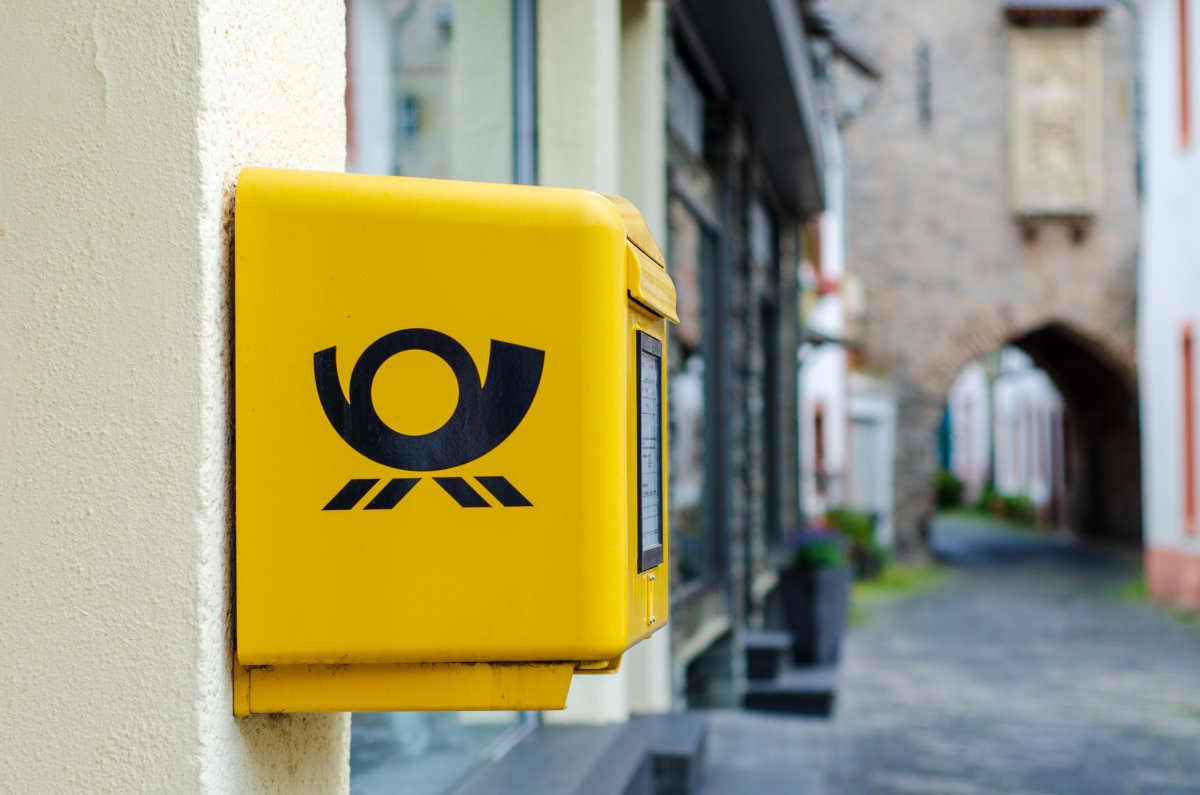 “If it were not for the good old post office, where would all the letters come from?” Heinz Rühmann made his way to this film music as “Briefträger Müller” in the 1950s – on the screen he handed out letters in a small town whose residents he knew well and greeted kindly. The film makes it clear that the postman was an institution. If there was a new release, the role could be different. Because there are fewer and fewer postmen in Germany. Instead, network distributors who have both packages and letters in the van become more important.

The structural change began at the turn of the millennium and quickly took off in the digital age – people wrote fewer and fewer letters and initially communicated more with each other via emails and eventually also via social media. At the same time, the thriving online store boosted the package business. The result: the volume of mail has been declining for a long time, and the volume of packages is skyrocketing.

This is how the volume ratio between the two postal departments changed: While in 2010 there were still 21 letters per package in Germany, this ratio was only 15 to 1 in 2015 and 8 to 1 in 2020. The trend will continue to decline: in 2025 Deutsche Post expects five letters per package. By 2030, the ratio should only be three to one.

One is “confronted with an intensifying structural change of ever-decreasing letter volumes and increasing parcel volumes,” says Tobias Meyer, board member of Post & Parcel Germany. “The corona pandemic has accelerated this development again and strengthened this trend.” We are therefore expanding the network delivery, where it “makes sense and can be done” – “in order to continue to be able to offer our employees secure jobs with a decent salary”. The logic behind this: If you continued to deliver letters as before, the delivery network would eventually become unaffordable given the declining mail volume.

An internal paper, available for dpa, illustrates the great importance of the topic for the group. In the document, the company emphasizes that countermeasures must be taken. One is “constantly exposed to increasing demands from competition, customers and legislators”. If one does not act decisively, “serious operational consequences” will threaten.

In fact, the restructuring that began just over two decades ago is progressing. Of the approximately 55,000 delivery districts in Germany, 55 percent have already switched to combined delivery – the classic postman no longer exists. In 2017, the share was below 50 percent, in 2025 it is expected to rise to 70 percent. Previously, combined delivery only took place in rural areas, after which cities were also involved.

At Deutsche Post, where the annual general meeting was on the agenda last Friday, combined delivery is an ongoing topic. In parts of the workforce, it is registered with concerns.

Maik Brandenburger from the communications association DPV points out that the physical strain on employees who have so far only delivered letters will probably increase in the group delivery – after all, they must also have heavy packages with them. “Many providers are already working at the border and sometimes longer – an additional burden will drive the already high sickness absence even further up.” The union announces further work intensification and staff reductions as a result of the expanded network delivery.

Thorsten Kühn from the trade union Verdi admits that structural changes can not be ignored. “So it’s obvious that you do not continue as usual in all delivery areas.” The shift from postman to group postman also helps to secure jobs in the long term.

keep an eye on the load

In principle, people are open to the subject, says Kühn. “However, we need to keep a close eye on the load – tools are needed to be able to transport heavy packages, such as handcarts or other special equipment.” In addition, there should be no coercion, he says. “If postmen who have been with us for many years do not want to be retrained as group couriers, then another solution should be found for them.”

And what does that mean for consumers? There will probably be no more waiting time for the few letters you still receive. “The parcel network is trimmed for efficiency – if letters are also delivered by the parcel courier, they should arrive just as quickly as before,” says Frankfurt logistics professor Kai-Oliver Schocke. He also considers the measures taken by the Swiss Post to be unavoidable and correct. For the consumer, the gradual farewell to the postman is a nostalgic thing: “The well-known postman may soon no longer appear on the doorstep of some people – but the courier is certainly at least as kind.”