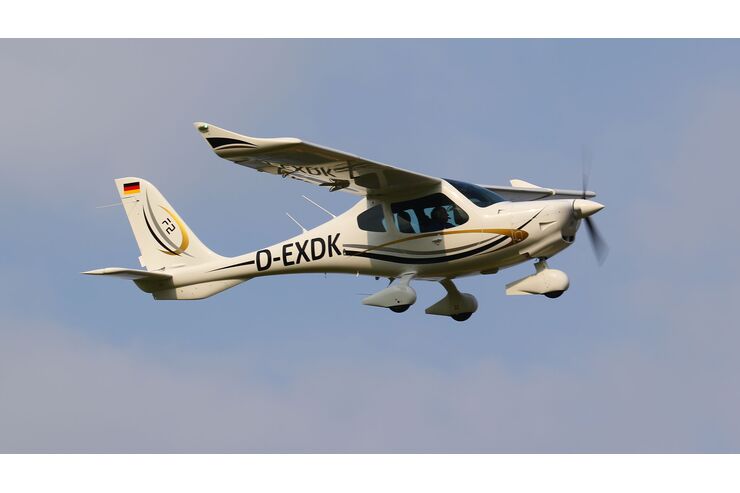 The war in Ukraine hits the Eisenach-based aircraft manufacturer Flight Design to the core: Production at the 150-man factory in the southern city of Kherson is stalled. But there is hope – and the boss is committed to participating in AERO.

Suddenly there is war. The invasion of Russian troops in Ukraine on February 24, 2022 changed everything from one day to the next at Flight Design general aviation GmbH. Aircraft production in Kherson comes to a standstill while fighting rages outside the factory gates. The business plan for 2022 is no longer worth the paper it is written on. A security service protects the company’s property: molds, tools, raw materials for the construction of aircraft. For the time being, there is no possibility of bringing these goods out of the country.

Daniel Günther, CEO of the aircraft manufacturer, is deeply moved by our phone calls. 150 employees work in Kherson on behalf of Flight Design. He himself has close connections there, which extend far beyond the business world. “Miraculously, everyone is unharmed,” he says. Many employees are currently staying in shelters. He reports on war scenarios that hardly anyone would have thought were possible just a few weeks ago: landmines, civilian buildings being shelled, fires deliberately set in the city center. State of emergency in the homes of about 290,000 people.

Production facilities in the war zone

The city of southern Ukraine is one of three locations for the aircraft manufacturer: Eisenach is home to the EASA-certified development company with 13 employees, Šumperk in the Czech Republic has a certified production site with 15 employees and its own prototype production, while the factory in Kherson has existed in many years as a subcontractor – this is where the composite aircraft F2 and CT were built. “In the best of times, up to 200 planes were built there every year,” says Daniel Günther.

The latest news, which Flight Design shared in an internal newsletter on March 7, gives at least some reason for hope: “From today, the Russian soldiers left the city and the Ukrainian flag is still waving over Kherson. So far, it works. our staff is fine and the factory is intact.The supply of food and other services is a problem but the local government is trying to open a green corridor for this within the next few days and there is a good chance that that we will soon have all or part of it open again. ” Daniel Günther mentions the determined resistance of the people in Kherson against the Russian troops.

Move to the Czech Republic

The Flight Design team was not entirely unprepared for the Russian invasion. “We had a Plan B, but neither of us had expected everything to happen so quickly,” the boss says. This plan allows for the relocation of production to the Czech Republic: “We have found a suitable location near our existing factory in Šumperk.” The goal is to take as many employees as possible from Ukraine to the Czech Republic and thus to the EU – a rescue operation that will probably take some time. According to the company, more than 50 orders have been received for the F2 composite shoulder blade, which was recently approved by EASA. Customers must now prepare for a delivery break that is expected to last four to six months until new structures are established in Šumperk. Flight Design also wants to explore all possibilities of withdrawing stock from Kherson or restarting production there should a ceasefire and a political solution be achieved in Ukraine. Meanwhile, technical customer service for the existing fleet continues to operate.

Flight Design expects support from the umbrella companies: The main shareholder is LIFT Holding, which in turn is part of the Lindig Group. They met with the management of Lift Holding in Eisenach and prepared budgets for the resumption of production in the Czech Republic. It continues: “We have had great support in the past from Lift Holding and the top management of the Lindig Group, and we expect this support to continue in the future in dealing with this unplanned invasion of Ukraine.”

In this difficult situation, Flight Design would like to show its colors to its customers and partners. The look for AERO in April is set, and the producer will also present himself at Sun ‘n Fun in Florida. “Right now we want to send a signal that we still exist,” says Daniel Günther. He expresses a sincere wish: employees from Ukraine should also be present at the Flight Design stand at AERO in Friedrichshafen.

Meanwhile, employees of Lindig Group and Flight Design have started a fundraising campaign for employees in Ukraine. If you would like to participate in the campaign, send an email to: helpforua@flightdesign.com