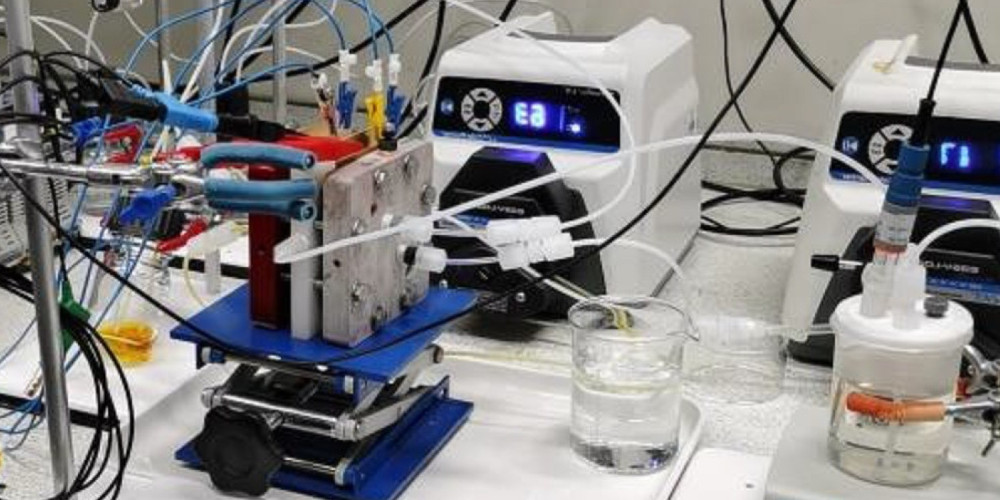 British researchers have taken a huge step forward in energy storage with a relatively simple solution. Their approach can lead to a battery with high capacity for renewable energy. 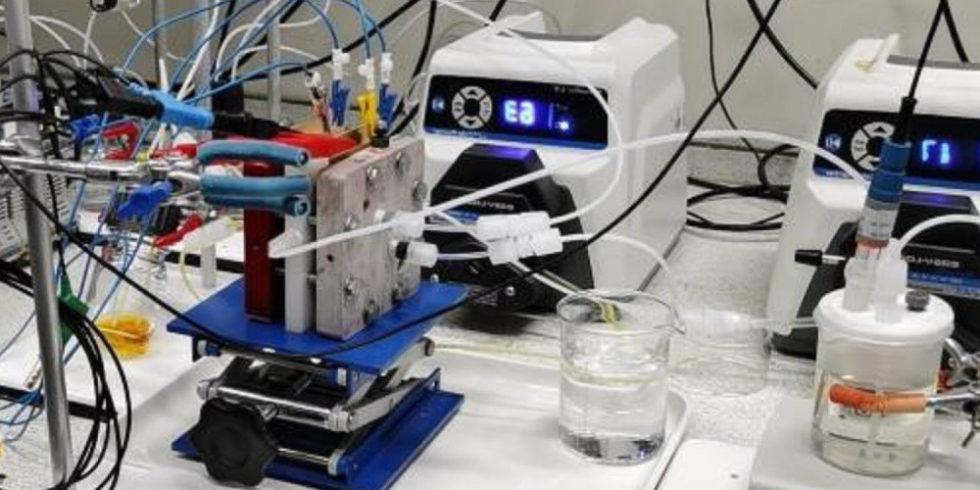 Does this construction contain the energy storage of the future?

Researchers put a lot of hope in redox flow batteries. The electrical energy is stored in chemical compounds. The storage medium is therefore liquid electrolytes. The amount of energy that can be stored, that is, the performance of the battery, is determined by the volume of the electrolyte. Theoretically, scaling is therefore easy to implement. However, this encounters a problem in practice: the element vanadium is used in conventional redox flow batteries. On the one hand, this is expensive, and on the other hand, it comes primarily from China and Russia. With the refill, it could be difficult. British scientists have changed essential elements of the structure and thus taken a huge step forward.

This is how solar energy can be stored in walls

The team, led by professors Nigel Brandon and Anthony Kucernak, tested different materials to find a solution that was cheaper and more accessible than vanadium. As a result, researchers have developed a polysulfide-air-redox-flow battery (PSA RFB) that has not just one, but two membranes.

So they used a liquid for one electrolyte and a gas for the other. They chose sulfur – polysulfide – dissolved in an alkaline solution and air as gas. However, the performance of polysulfide air batteries is limited. The reason for this is the membrane. It does not fully allow the chemical reactions and also prevents polysulfide from penetrating the other part of the cell.

“When the polysulfide crosses to the aerial side, one loses material on the one hand, which reduces the reaction that takes place and inhibits the activity of the catalyst on the other hand. This reduces the performance of the battery,” says Mengzheng Ouyang of the Imperial Department of Earth Science and Engineering. But the researchers found a solution.

Dual membrane of the redox flow battery allows other material

The researchers came up with the idea of ​​separating the polysulfide and the air with two membranes. They inserted a sodium hydroxide solution between the two membranes. This system allowed them to use alternative materials – which are cheap and easily available. In principle, this concept can be implemented with different material combinations.

The improved possibilities for manufacturing the new type of battery are only one side. At the same time, the performance is higher than with conventional batteries of this type. The researchers have also looked at the cost. According to their calculations, the energy cost, ie the price of the storage materials in relation to the amount of stored energy, should be around 2.5 US dollars per kilowatt hour (around 2.37 euros). It sounds acceptable, but when it comes to electricity costs, it becomes clear that improvements need to be made. They would be $ 1,600 (approximately 1,518 euros) per kilowatt hour. This describes the relationship between the charge and discharge rate and the cost of the membranes and catalysts in the cell. In practice, that would be too much.

Researchers have already founded a spin-off for production and marketing

“Our dual-membrane approach is very exciting, as it opens up many new possibilities, both for these and other batteries. Making this process cost-effective for large-scale storage would require a relatively modest improvement in performance, which could be achieved through modifications to the catalyst to increase its activity, or further improvements in the membranes used. ” Of these, Nigel Brandon, dean. of the Faculty of Engineering.

The Imperial team is already working on improving the performance of their new redoxflow battery to such an extent that the price-performance ratio is also right. RFC Power Ltd proves how much researchers believe in their development. The young company is a spin-off from the university. Based on the research results, it must develop long-term storage systems for renewable energy up to industrial maturity.