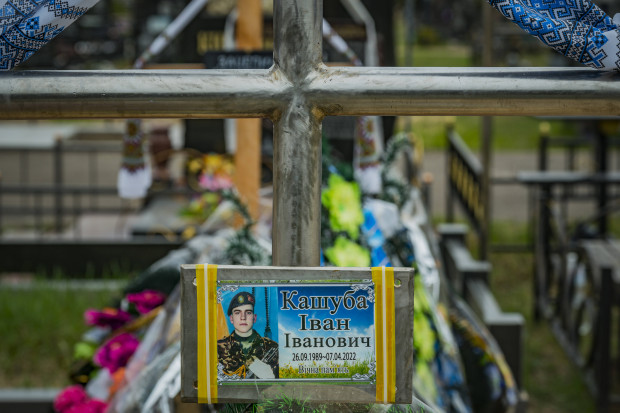 Eight years ago, in the year of the Russian occupation of Crimea and parts of eastern Ukraine, two Bundeswehr officers, Marcel Bohnert and Lukas Reitstetter, published an anthology entitled “Army on the Move” (Miles Verlag, 2014). A theme in this volume was the difficult and sometimes hopeless role an army and its officers play in a postheroic society that no longer has any understanding of the soldiers’ standard of living. 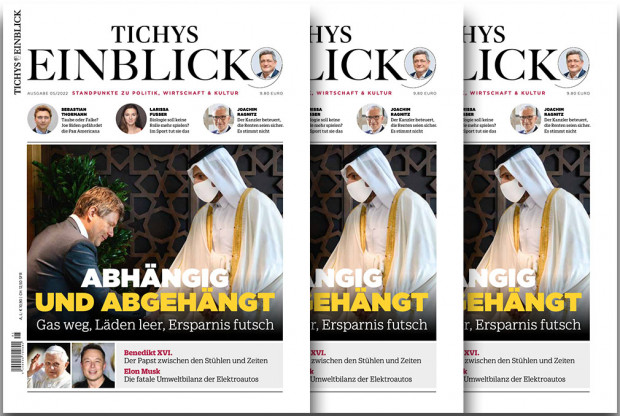 One of the authors, Jan-Philipp Birkhoff, wrote: “The hero is enchanted, which also includes a lack of acceptance of military losses.” And: “The postheroic society is no longer able to come to terms with the agreement with the death of soldiers. Service for one’s own country is seen more and more critically, at the same time one’s own death is interpreted as a sign of defeat ”(Führen, despite assignment, p.125). The anthology caused quite a stir in the media at the time. It was perhaps no coincidence that one of its two editors, Marcel Bohnert, came under fire from left-wing activists working for the ÖRR in 2020. The attacks are presented in a judgmental tone – Bohnert was accused of being a right-wing extremist because he liked the wrong pages on the internet – of these activists Bohnert brought disciplinary action, and the end of his career seemed to have come. Eventually he was rehabilitated, but not until the beginning of this year.

But how he was treated in the Bundeswehr is an expression of the spirit that has prevailed in German defense policy in recent years, especially during Ursula von der Leyen’s tenure as Minister.

Admittedly, the issues raised by Bohnert and his comrades in 2014 can no longer be ignored as easily as before, because we are now facing a war on our doorstep in which a nation tries to fight a brutal aggressor to claim. That Ukraine has so far managed to make it bearable is also due to the fact that a heroic spirit of resistance motivates the population to confront the aggressor from a weak position.

You are fighting for the survival of your own nation, but also for a free political order that Putin would destroy if he won. Traditional, historically and culturally based national consciousness is combined here with an integrative constitutional patriotism, which, however, is not as pale and colorless as it is often offered under this brand in Germany. Above all, however, the people of Ukraine are ready to fight for their freedom with weapons in their hands and, if necessary, die. 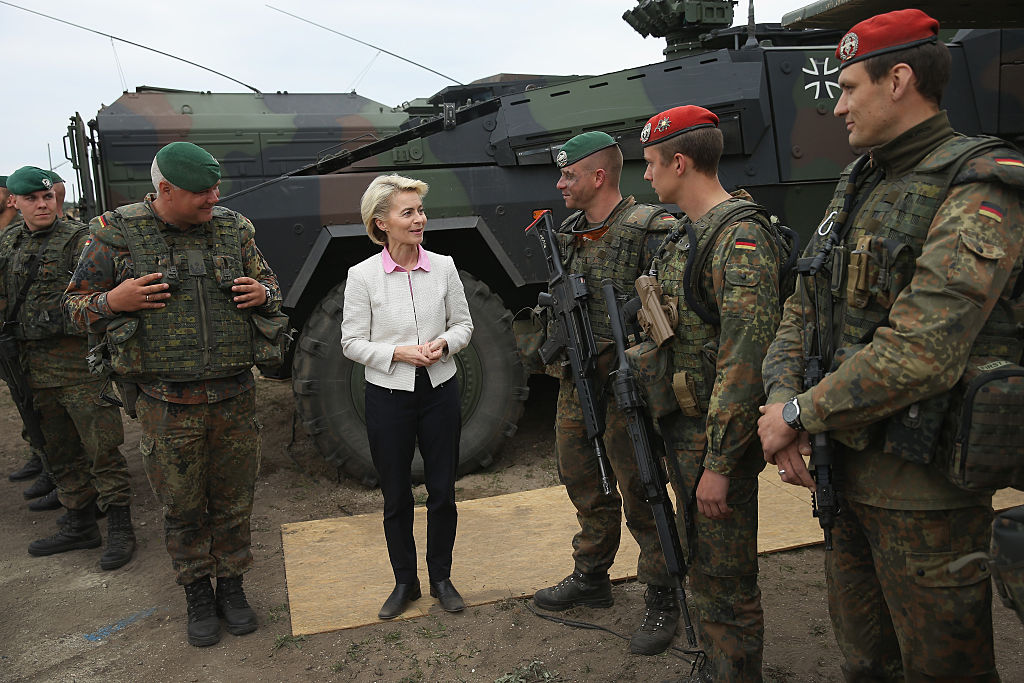 The general suspicion of everything military

It is not surprising that Germany has particular difficulties with this type of struggle despite all the symbolic solidarity with Ukraine. A negative attitude towards a model of heroic and possibly also military assertion, which in the past was often associated with an ideal of warlike masculinity, is widespread in Western Europe, but nowhere as strong as in Germany. This is certainly partly an understandable reaction to the abuse of heroic ideals in National Socialism and partly even before that, in the exaggerated nationalism of the late empire. But in Germany it is often overlooked that Hitler was not defeated by pacifists, but by men – and at the front it was basically men – who were willing to die for their country and freedom, as the Ukrainians do today, or many before them. . Germany is struggling with this realization.

There is certainly no military tradition that we can really be proud of. The GDR still had the liberation wars as a military tradition, as Prussia fought victoriously with Russia against France, but that is out of the question for the Bundeswehr, we are in some way allied with the French, it is said at least. . It must also be admitted that our neighbors in Europe, who so massively accuse us of our tendency to appease Putin and our pacifism, would immediately dismiss us as dangerous militarists and “neo-Nazis” if there was suddenly great enthusiasm for the Nazis in Germany. military. and a more conflict-ready foreign policy that would also be willing to see military means as a legitimate instrument for defending essential interests. Former federal president Horst Koehler tried many years ago to bring up exactly such a policy. The tumult that immediately arose in the media forced him to resign, which says a lot about our country’s political culture.

However, we will not be spared from revising our relationship with war and military power if we do not fully wish to delegate our defenses to third parties. That would make us just free riders in NATO and other alliances – at least that’s what our allies are already thinking about us at the moment. None of us Germans can expect to develop such a relaxed relationship with the military and with war-like ideals as some countries in Eastern Central Europe or sections of society in Britain or France, but the current crisis makes it clear that a culture that values ​​only victims acknowledges and worships in his suffering, and never the perpetrator, even if it is he who tries to defend potential victims, is not viable.

But if one wants out of the postheroic trap to want to be defenseless, then we need to think about much more than just our relationship with the Bundeswehr and with the soldiers who serve in it and who have been increasingly seen by. the majority of society over the last three decades has been underestimated; Incidentally, an attitude that has also and especially spread in the political parties all the way up to the CDU. 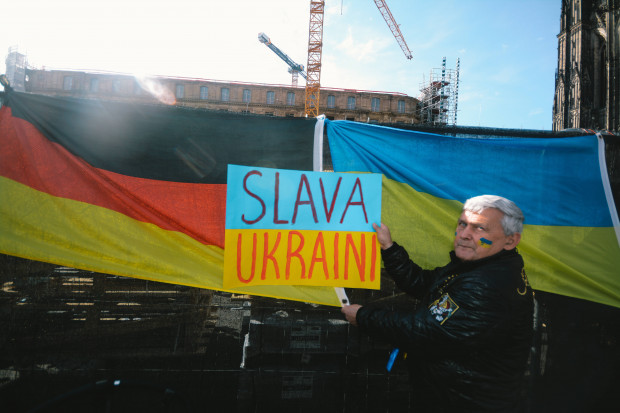 Ukraine shows how the West used to be

For example, we must also ask ourselves whether the complete dissolution of traditional gender roles or the tendency towards feminisation of society – think of the feminist foreign policy to which the current government is committed, at least on paper – is really useful when one becomes sound again wants. In the past, a heroic-war attitude had predominantly male connotations. Admittedly, women today also serve successfully in many armies around the world, and in some cases also in combat troops, but a certain affinity of military power for classical ideas of masculinity – in a positive as well as in a negative way – can still felt.

But anyone who generally portrays masculinity as toxic, as is increasingly the case in our society, can hardly give the men who are willing to fight for their country and even die if necessary some recognition and – dare we use this anachronistic terms to use? – to return honor. It seems unlikely, and it is certainly no coincidence that a country like Ukraine, where traditional gender roles have tended to survive, has an easier time defending itself.

Addressing this complex of gender politics also makes it clear that our society has an infinitely long way to go if it really wants to try to escape the trap of postheroic defenselessness. Another factor, of course, is the almost complete absence of any form of patriotism – which, even in its abstract form as constitutional patriotism, is barely visible, let alone politically effective. Otherwise, one would hardly be willing to declare the dissolution of the Federal Republic of Germany a single European state for the highest political goal, as the current government has done in its coalition agreement, because such a dissolution would also make the constitution completely irrelevant in many areas, what is already becoming clear.

If one wanted to counteract this development, one would have to overcome decades of thinking habits. That will hardly be possible. As a result, there will not be very fundamental changes in Germany. We are defenseless, and that is what we want to be and remain. However, much would have been gained if unpleasant executives like Marcel Bohnert in the future were no longer immediately declared heretics by the catchers of the well-meaning in the media and in politics.