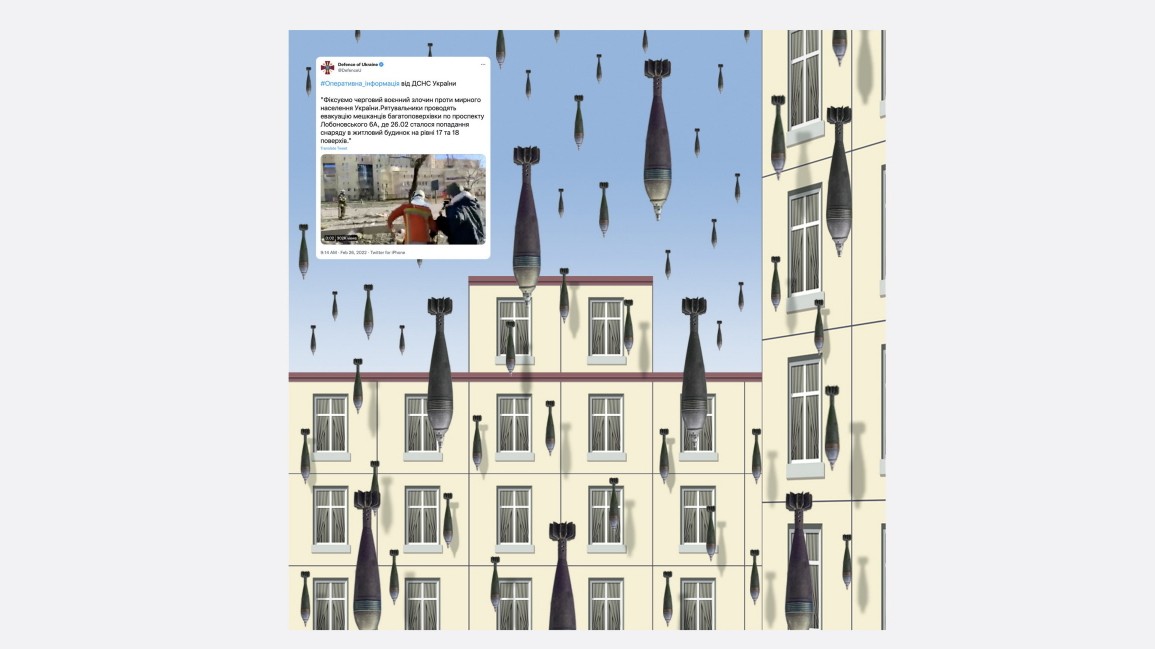 One of the rather harmless absurdities that the spirit of the times has produced in recent months is the belief that one can get rich by trading in grotesque cartoon images. We are of course talking about so-called Non-Fungible Tokens (NFT).

These were mainly generically produced image collections like those from the particularly popular Bored Ape Yacht Club. For the uninitiated, it’s best to imagine a mix of a swap card corner in the schoolyard and tulip bulb hysteria. It reflects the mood that prevailed at the similar trading venues on the Internet last year, quite well. At times, individual NFTs changed hands for millions of dollars.

But in the last few months, the previously fabulous numbers have merged properly: the average price of an NFT has shrunk by two-thirds to just under $ 2,000 since the beginning of the year. Overall, the market has collapsed by half. Even in Google trends, the possible bursting of the bubble is noticeable. Since the all-time high in January this year, searches for NFTs have dropped by more than 60 percent.

The attitude of merchants and self-proclaimed early adopters is becoming noticeably meek. Outrageous copyright disputes and constant hacker attacks on the digital collections have caused confidence in the technology to decline. In addition, the entire ecosystem is built in the form of a pyramid scheme – so if there are not enough gullible collectors moving up permanently, the bubble will implode.

The bubble may have burst, but now a useful purpose is revealed

Apart from the people who have invested big money in the madness, no one is particularly saddened by the demise of the NFTs. Critics agree that they are nothing more than a cumbersome reinterpretation of things that have been tried before or that are currently working better and more efficiently.

Ironically, the Russian attack on Ukraine revealed for the first time a useful purpose of the technology. Since the end of last week, the official NFT collection of the Ukrainian government has been available for viewing and purchase on the metahistory.gallery website. The aim is “the preservation of the memory of the real events of the time” and “the dissemination of truthful information in the digital world community”.

“Future-oriented technologies are used to document history and to rebuild the country’s economy after the war,” said Mykhailo Fedorov, who is in charge of digitization in the Ukrainian cabinet. The NFT Museum is another attempt by the Ukrainian government to raise cryptocurrency in opposition to the Russian invasion. According to a tweet by Alex Bornyakov, Deputy Minister of Digitization, more than 5,000 bulletproof vests, over 3,000 night-vision devices and 500 helmets have been purchased this way since the beginning of March. Weapons would therefore not be purchased from the proceeds.

The website therefore also contains a so-called “Warline”, ie a timeline of the events, each of which is accompanied by a corresponding NFT. These each contain a tweet about an important moment in the war and an illustration by various Ukrainian artists. Each of the NFTs is listed for 0.15 of the digital currency Ethereum. In early April, this equates to around 470 euros. Over 1000 of the files were purchased within the first 24 hours.

And the art itself? It’s obviously quite dark. Styles are pretty much all represented. Sometimes agitprop, then again quiet and almost impressionistic. Sometimes animated and in neon colors, sometimes quiet and black and white. Bombs fall, faces filled with fear. Even without a timeline, you can recognize some of the events. Things not to forget. And which is now stored forever in the blockchain.