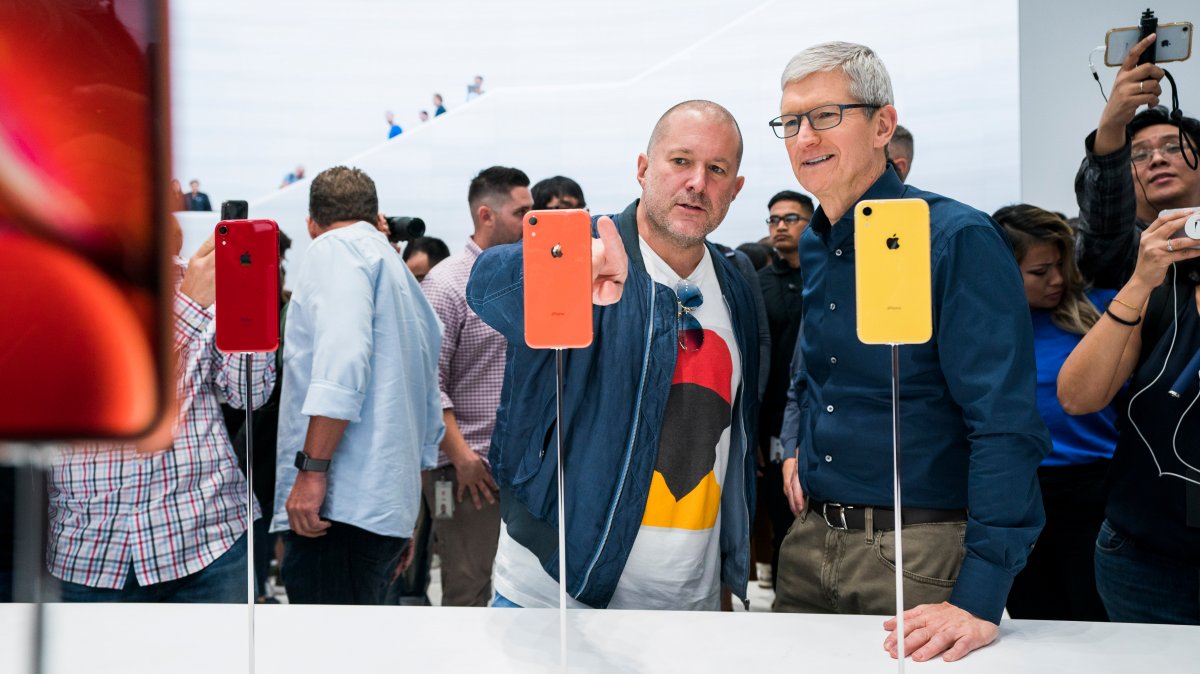 A new book about Apple and its former chief designer, Jony Ive, paints a different picture of the story of the longtime senior’s departure than what Apple has officially announced. The American journalist Tripp Mickle has now in an article published an excerpt from his book “After Steve: How Apple Became a Trillion-Dollar Company and Lost Its Soul”, which in addition to Ive also looks at Apple’s development under Tim Cook. According to Mickle, the basis of the book was discussions with more than 200 former and current Apple employees and Ives’ companions.

According to Apple, Sir Jonathan “Jony” Ive – his full name – left the company in 2019 to set up his own design company called “LoveFrom”, which he will work with for Apple. In an article in the New York Times, Mickle, on the other hand, paints a picture of the massive upheaval that Ive built up after the death of Apple co-founder Steve Jobs.

Jony Ive was devastated by the loss of his personal friend Jobs in 2011. Above all, he has on several occasions lamented the emergence of “accountants” led by Tim Cook, whose production and logistics planning skills were crucial to Apple given the company’s massive growth.

Cook, on the other hand, seemed to think I was indispensable. According to Mickle, he feared that if the British designer traveled, Apple would lose 10 percent of its value on the stock market. This very rational perspective, however, stood in stark contrast to Ive, who was more controlled by his emotions.

The Apple Watch in 2014 and the construction of the new Apple Park headquarters in Cupertino were welcome distractions for Ive, according to Mickle’s research, but also put him at odds with Cook’s new management style. So he felt misunderstood, despite Cook initially admitting to presenting the watch from a fashion standpoint. When the first Apple Watch sold poorly, Cook shifted the focus from fashion to fitness. According to Mickle, Ive also collided with the financiers at headquarters.

Have I felt burnt out?

I have felt burned out, he reportedly explained to close associates and later to Tim Cook. To keep him, he and Cook made an agreement that he would retire from day-to-day operations and, as chief design officer, primarily work with products at his own discretion. Meanwhile, two of his employees have been promoted to take over the day-to-day operations.

But even this has not done much to change his discomfort, they say. Lately, he has only rarely appeared in the company or – as in the case of a software meeting – arrived late and then made no final decisions.

The design line was recently controversial

Ive’s design language, which followed the principle of “form follows function”, was increasingly criticized in his final year at Apple due to its marked tendency towards reduction. The phasing out of ports and the ever thinner devices was not without controversy, unlike his earlier works such as the creation of the iMac, unibody MacBook, iPhone, iPad and other devices.

After Ive’s departure, design, which played a major role under Steve Jobs, noticeably stepped into the background in product presentations, Mickle notes in his article. Instead of products, services and products like credit cards are playing an increasingly important role.

The book will be published on 12 May

The book “After Steve” (published by HarperCollins) is available in English from 12 May. It costs 14.68 euros as a paperback and 13.99 euros as an e-book.